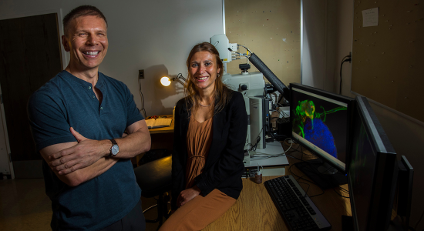 Having depleted the one clock while the others are still working is much worse than depleting the clocks everywhere—you have less damage but more harm.

Geneticists make a surprising new discovery into the role our circadian rhythm plays in normal development. 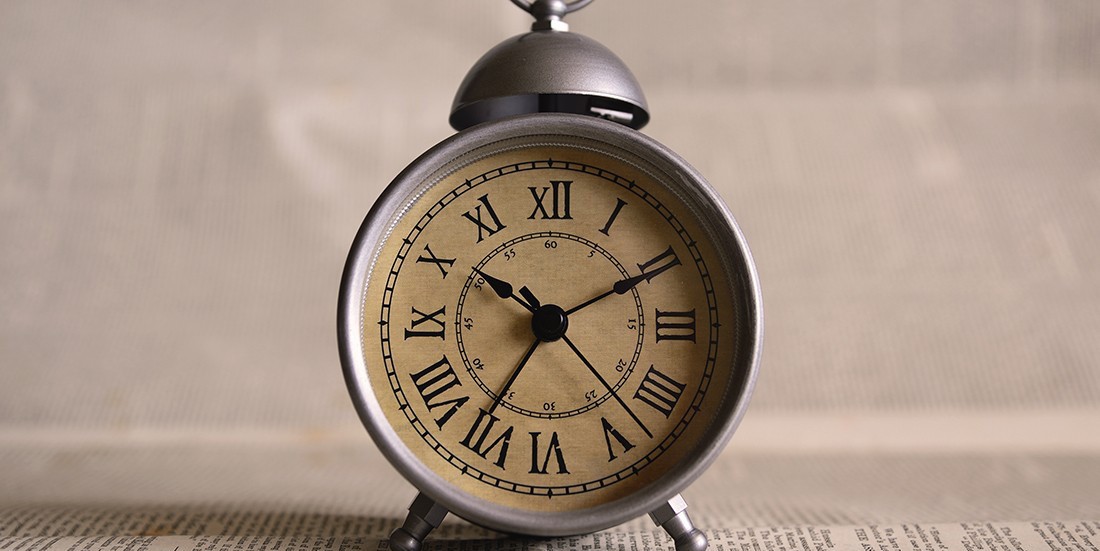 If you've got the development blues, get rhythm.

A new study from University of Alberta geneticists shows that our circadian rhythm has a much more important role than previously thought. It was well established that our internal clock regulates our eating and sleeping schedules, but these surprising new results demonstrate that circadian rhythms are also essential for the normal development of an organism.

“Having this clock is an evolutionary advantage because it helps us to anticipate a change before it happens,” says Kirst King-Jones, associate professor in the Department of Biological Sciences and co-author of the study. Our biological clocks allow us to anticipate daily environmental changes such as temperature fluctuations, the approach of day or night, and nutrient availability, and adjust our physiological processes accordingly.

“In mammals as in insects, the circadian machinery is present in different tissues,” explains Francesca Di Cara, the study’s lead author. “There is a general clock that is in the brain and controls the entire body; however, each tissue or organ also has its own circadian rhythm to regulate different processes.”

Human patients with genetic disorders that disrupt the clock machinery have been known to display a range of negative health consequences including abnormal sleep patterns, low energy levels, and impaired immune functions. Because these disorders always affect both the central and tissue-specific clocks, the question arose: what would happen if a single clock in a specific tissue were disrupted, leaving all other clocks intact?

The steroid-producing tissue was examined because the master clock in the brain and the smaller tissue-specific clocks communicate with each other through the release of hormones, including steroids and insulin. Importantly, the steroids also advance insect development through pulses that trigger the next developmental step in the insect’s life, such as the metamorphic transition from larva to pupa. This is not unlike the situation in humans, where sex steroids are involved in the onset of puberty. 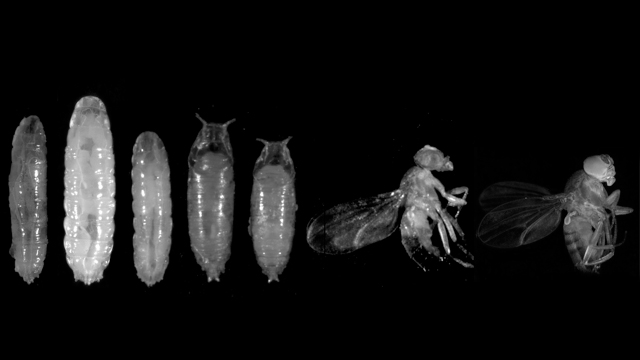 The larva whose biological clock was disrupted in just one gene grew abnormally large (pictured second from left), but were unable to metamorphose into the pupa stage.

The researchers found that when a specific circadian gene was disrupted across the whole body, the fly became arrhythmic but was otherwise completely fine. However, when the same circadian gene was perturbed in just one tissue, it arrested the insect’s development at the larval stage, leaving it unable to produce sufficient steroids to advance to the next life phase.

“The dramatic result here was that these animals die as larvae—they don’t even complete development,” says King-Jones. “So this told us that having depleted the one clock while the others are still working is much worse than depleting the clocks everywhere—you have less damage but more harm.”

“Now that we have described a little bit of the interaction network in these insect steroid-producing cells, this may be just the beginning of a series of studies that will define what is happening in the pituitary glands in humans,” says Di Cara. The discovery opens doors to new research avenues in mammals, including humans, in which the pituitary gland is involved in the rhythmic regulation of certain steroids.

The findings were recently published in Current Biology: “The circadian clock is a key driver of steroid hormone production in Drosophila.”