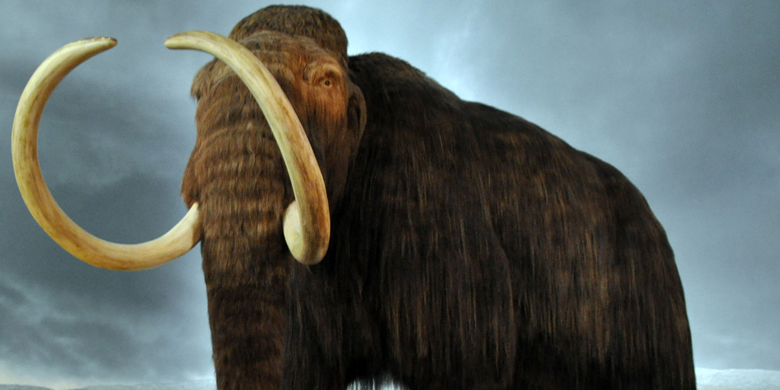 U of A earth scientist Duane Froese reveals that herbaceous flowering plants called forbs were a staple in the diet of grazing megafauna, which includes woolly mammoths.

(Edmonton) The Ice Age home of the woolly mammoth was carpeted in a sea of flowers that nourished the mega-beasts tens of thousands of years ago, according to new University of Alberta research.

In a new paper published in Nature, U of A earth scientist Duane Froese reveals that herbaceous flowering plants called forbs—and not just grass—were a staple in the diet of grazing “megafauna,” which includes mammoths, horses, bison, camels and lions. The plants dominated a region of the Arctic called Beringia, an ice-free area extending from central Yukon and Alaska and across the Bering land bridge into Siberia.

“The data we collected paints a much richer picture of the diversity of fauna living in this environment,” said Froese, a co-author of the study from the Department of Earth and Atmospheric Sciences.

The University of Copenhagen’s Eske Willerslev led an international team of scientists who studied both ancient plant DNA trapped in the permafrost and the stomach contents of frozen, mummified mammoth carcasses to look at vegetation changes dating back 50,000. They found forbs dominated plant fauna until around 10,000 years ago—the time at which many megafauna became extinct—before giving way to woody plants as the Arctic warmed at the end of the Pleistocene.

Froese said the results show large animals like the mammoth were eating a more diverse diet than previously thought, with forbs serving as a staple. Until now, scientists believed grasses were the main food source for these mammals, largely because these plants produce so much pollen which has been so well preserved in the geologic record, he said.

These latest results paint a clearer picture about life on the “Mammoth Steppe,” Froese added, but there’s still more scientific detective work to be done.