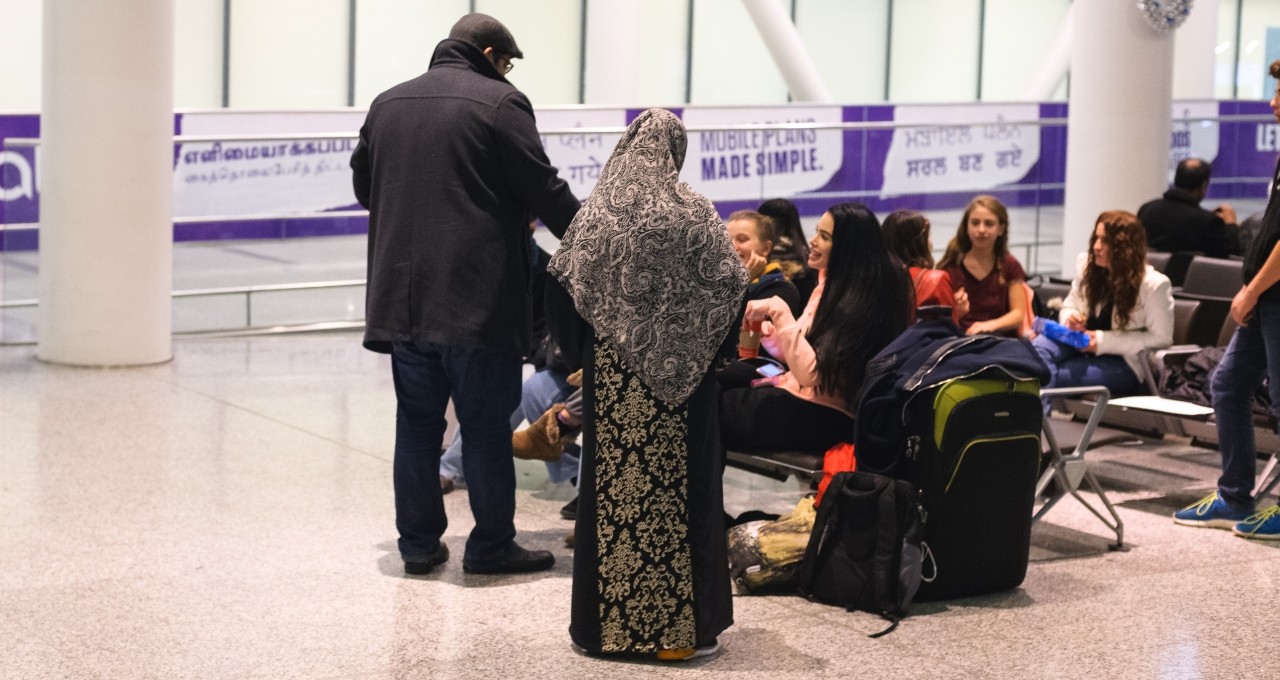 Requiring services such as support to find employment and learn a new language would help even out the disparity of experiences among privately sponsored Syrian refugees resettling in Alberta, according to a study by a U of A urban planning expert. (Photo: Getty Images)
Sponsors, family, and Canadians get to know one another, and buy refreshments for one another as they wait to welcome Syrian refugees at Toronto's Pearson International Airport on December 10, 2015.

Private sponsorship programs for Syrian refugees should require settlement services, such as support finding employment and access to language classes, rather than leaving resources entirely up to private sponsors, according to a University of Alberta study.

“Those sponsored by well-resourced groups—such as church groups—received extensive support in every aspect of their settlement, to the point that the care often far exceeded what the government-sponsored refugees received.”

And while others received the support that met the minimum legal requirements laid out by the government, some privately sponsored refugees were abandoned by their sponsors altogether.

“They did not have the means or the time to adequately support their matched refugees,” added Agrawal, who is also director of the U of A’s School of Urban and Regional Planning.

Agrawal interviewed refugees, private sponsors, volunteers and agency representatives about the refugees’ experiences during their first year of resettlement in the province.

While the three Canadian sponsorship programs—government, private and blended—were successful in bringing in Syrian refugees, he found that, contrary to some previous studies, refugees resettling into the country through the private sponsorship program faced similar challenges in finding jobs and learning a new language as those in the other two programs.

He said adding the requirement of settlement services is important because almost half of Syrian refugees have come through private sponsorship and the numbers through private programs will most likely increase.

“We should also consider the blended program as possibly a better way forward—with both government and private sponsors helping refugees, each for a given period of time,” said Agrawal. “This composite approach could offset the deficits inherent in each single approach.”

The study, "Canadian Refugee Sponsorship Programs: Experience of Syrian Refugees in Alberta, Canada,” was published in the Journal of International Migration and Integration.