Two lakes found under ice cap in Canadian Arctic may offer clues to possible life on Europa, the icy moon of Jupiter. 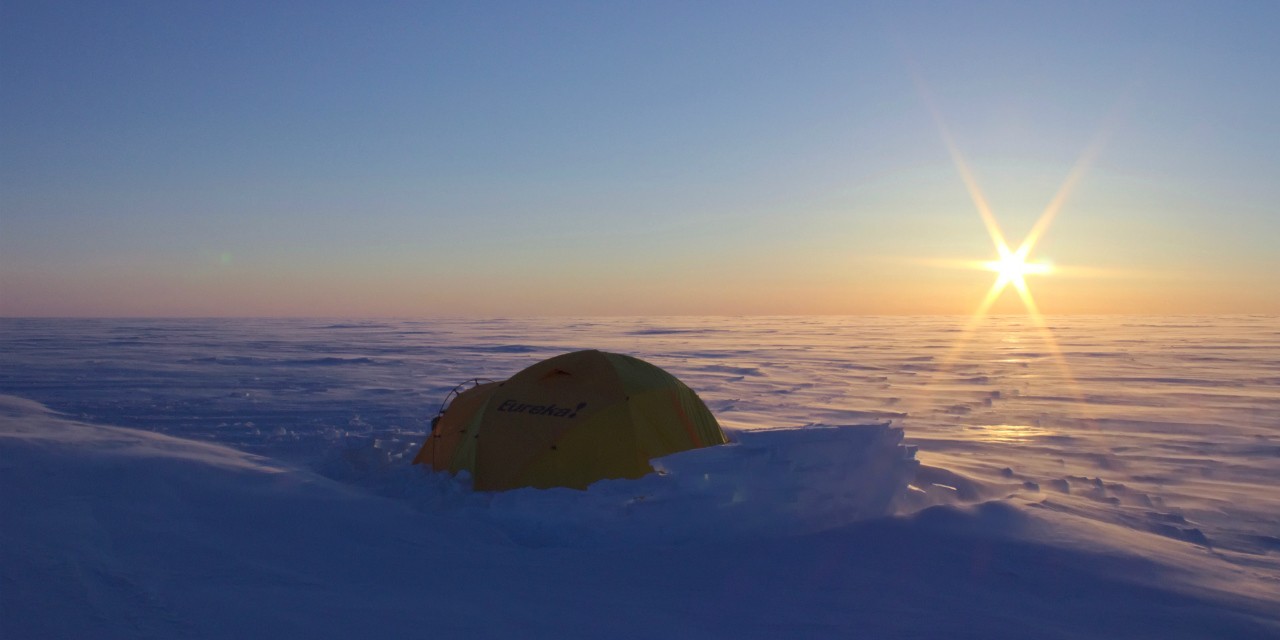 More than half a kilometre beneath the Devon Ice Cap, scientists discovered two lakes whose extreme saltiness could make them a habitat for microbes—an environment that might also exist on Jupiter's icy moon Europa. (Photo courtesy Martin Sharp)

Two super-salty lakes discovered under ice in the Canadian Arctic could help scientists search for life on other worlds.

Analysis of publicly available radar data led scientists to the unexpected discovery of the two lakes, located beneath 550 to 750 metres of ice in the Devon Ice Cap, one of the largest ice caps in the Canadian Arctic.

“We weren’t looking for subglacial lakes. The ice is frozen to the ground at the Devon Ice Cap, so there shouldn’t be liquid water there,” said Anja Rutishauser, PhD student at the University of Alberta, who made the discovery while studying radar data from NASA to describe the geology surrounding the ice cap.

“We saw these radar signatures telling us there’s water, but we thought it was impossible that there could be liquid water underneath this ice, which is -18 C.”

She explained that the saltiness of the lakes—four to five times saltier than seawater—allows the water to remain liquid despite below-freezing temperatures.

The two lakes found under the Devon Ice Cap in Nunavut are the first of their kind to be discovered anywhere in the world.

The saltiness of the newly discovered lakes makes them a potential habitat for microbes—which may assist scientists in the search for life beyond Earth.

“We think they can serve as a good analogue for Europa, one of Jupiter’s icy moons, which has similar conditions of liquid water underneath an ice shell,” said Rutishauser. “If there is microbial life in these lakes, it has been under ice for a very long time, so it must have evolved in isolation. If we can collect a sample, we can determine whether microbial life exists in order to understand how it evolved and how it continues in this cold environment with no sunlight or energy.”

Rutishauser collaborated with her PhD supervisor, U of A glaciologist Martin Sharp, University of Texas at Austin geophysicist Don Blankenship and other scientists to confirm the lakes were made up of liquid water. The bodies of water, roughly eight and five square kilometres respectively, are not connected to any marine sources or surface meltwater.

Rutishauser and her colleagues are now partnering with The W. Garfield Weston Foundation to undertake a more detailed airborne geophysical survey over the Devon Ice Cap this spring to derive more information about the lakes and their geological and hydrological contexts.

For three generations, The W. Garfield Weston Foundation has pursued its mission to enhance and enrich the lives of Canadians. With a focus on medical research, the environment, and education, the foundation aims to catalyze inquiry and innovation to bring about long-term change. As the foundation marks its 60th anniversary, it continues to collaborate with a broad range of Canadian charities to further world-class research, explore new ideas and create tangible benefits for the communities in which it works.