More research is needed to confirm mesh-implanted patient symptoms are linked with autoimmune disorder, says U of A doctor. 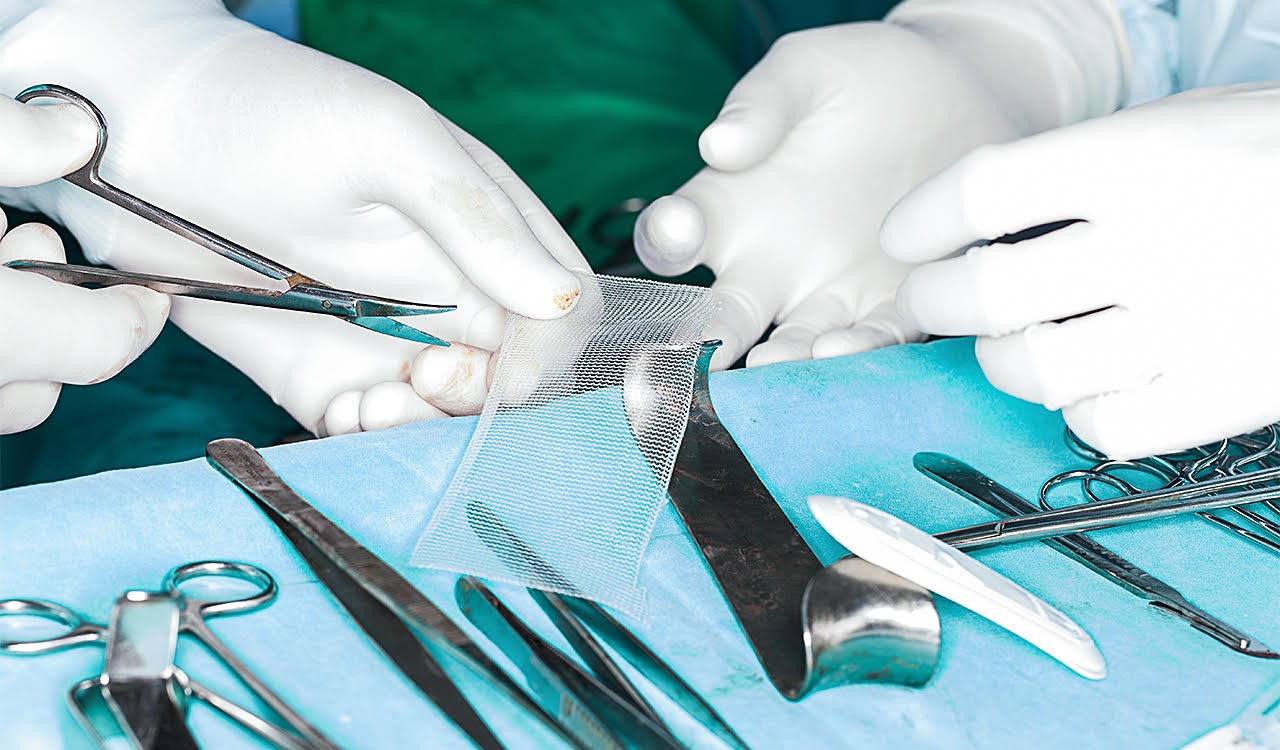 A U of A rheumatologist is calling for a large study on potential links between surgical mesh and autoimmune disease after finding high rates of autoimmune symptoms among patients in his own practice with mesh implants.

Surgical mesh implants, often used for hernia or gynecological repair, may be the reason so many patients report symptoms of an autoimmune disorder, according to a University of Alberta rheumatologist.

“In my practice, I studied 40 patients who had mesh implants and found that almost all of them had symptoms such as chronic fatigue, cognitive impairment known as “brain fog,” muscle and joint pain “fibromyalgia,” feverish temperature, and dry eyes and dry mouth,” said Jan Willem Cohen Tervaert, director of the Division of Rheumatology at the U of A.

“Of those patients, 45 per cent developed an autoimmune disorder such as lupus or rheumatoid arthritis. And in the patients who had allergies before the implant, they were significantly worse after.”

Cohen Tervaert presented his study results at the 11th International Conference on Autoimmunity in Lisbon in May 2018, and will soon publish them in a leading journal.

“My study is small; however, it is beyond coincidence that these symptoms, which often go untreated or even unacknowledged by some doctors, exist among so many mesh implant patients. A larger study is needed to confirm whether in fact the implanted mesh is to blame,” he added.

Cohen Tervaert theorized that the causal link could be the same one found to be true in silicone breast implant disease.

“When a foreign body is put into the body, there is an instant activation of the immune system. It continues to fight the foreign body and eventually, over time, fatigues and becomes dysfunctional,” he said.

“Large-scale studies have shown that patients with breast implants have more symptoms of ASIA (autoimmune/autoinflammatory syndrome induced by adjuvants) and an increased risk to develop an autoimmune disorder. And in animal models, it has been demonstrated that these silicones can induce autoimmune diseases if the animals have the right genetics.”

What concerned patients need to know

Cohen Tervaert said there is no need for patients with mesh implants to panic.

“Many patients do not develop symptoms or a disease. You must have the genes in the first place.”

Concerned patients should discuss risks with their physicians about existing or future mesh implants. One guiding rule of thumb could be whether or not a patient has pre-existing allergies, added Cohen Tervaert.

He noted that pre-existing allergies were present in 80 per cent of breast implant patients—the same percentage who had allergies when mesh implantation caused problems in his patient group.

“In the Netherlands, the government informed all plastic surgeons that if patients who consider breast implants have pre-existing allergies, they should consider not doing the surgery at all. At the very least, we should be warning patients with allergies that their symptoms may worsen after a mesh is put in.”

He added, “It is my dream that in the future, we have a genetic test that can inform people who are vulnerable to develop autoimmune disorders after implants, but unfortunately we are not there yet.”

There is also hope for patients with mesh implants who do have autoimmune symptoms after the mesh is removed, said Cohen Tervaert.

“Patients who have had symptoms associated with breast implants felt much better after the implants were removed, and in some cases they reported a total cure.”