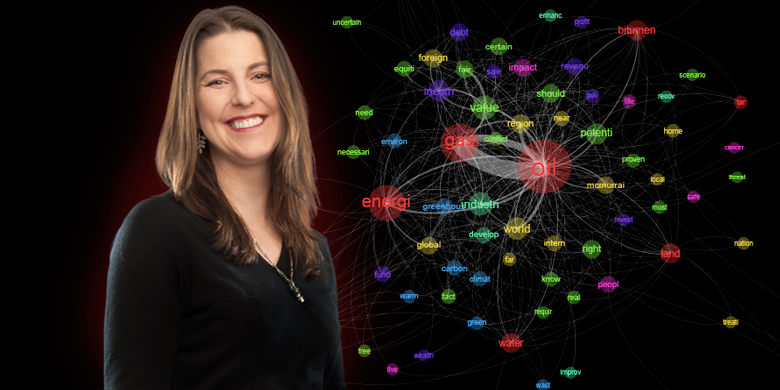 (Edmonton) A recent article from a University of Alberta researcher highlights that the province’s engineers seem split on the causes of climate change. Some were willing to position their education and expertise to validate themselves as de facto experts while refuting the credibility of those with opposing points of view—even within their own profession.

While many may despair at what this dissension does in terms of staving off a plunge over a so-called environmental cliff, lead author Lianne Lefsrud sees signs of optimism amid the discord.

Among the surveyed members of APEGA, the Association of Professional Engineers and Geoscientists of Alberta, Lefsrud and her co-author identified five distinct positions.

Despite representing less than 10 per cent of all respondents, those touting economic responsibility were seemingly more willing to identify themselves as experts while negatively criticizing opposing views. This group also used the most symbolism and metaphor in their responses.

The smallest group, the regulation activists, were also willing to position themselves as experts, but they demonstrated more emotion and were seen as adversarial. They, too, often opted to use symbolism and metaphor in their responses.

The Kyoto group—the largest among all respondents—was the least antagonistic and less likely to delegitimize others.

The nature group tended to use more rational arguments, but were also likely to use this rationalization to refute others’ opinions.

Despite their size, Lefsrud says, the activists were quite vocal and organized. And within this group, there was some visible consensus that something needed to be done.

“It was interesting to see how a coalition could be built and work together to kind of patch up these factions and say, ‘OK, so what. Let’s set this aside. We all agree it’s a risk. We all agree to do something, so let’s do something,’” said Lefsrud. “That was quite a hopeful message to say that we can do something here.

“Now that we can understand some of these different positions, we can do something in terms of bridging these positions.”

The article was published in the journal Organization Studies.