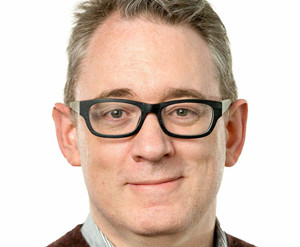 Todd Lowary is the director of the Canadian Glycomics Network.

(Edmonton) With the official launch of the Canadian Glycomics Network (GlycoNet), the University of Alberta is poised for international leadership in the field of carbohydrate chemistry, which offers promising solutions to many unmet human health needs, including potential treatments for conditions ranging from genetic diseases to influenza.

One of four 2015 Government of Canada Networks of Centres of Excellence announced in February and situated at the U of A, GlycoNet is a national network of industry and academic partners, featuring 60 researchers at 22 institutions, which has a strong history in cutting-edge glycomics research. GlycoNet was made possible by $27 million in support from the Canadian government.

Since the 1960s, the U of A has been fostering a culture of innovation and collaboration in this key health research domain. The path to the U of A’s international leadership status began with the inception of Raymond Lemieux’s research program, which evolved into the Alberta Ingenuity Centre for Carbohydrate Science in 2002 and subsequently the Alberta Glycomics Centre in 2012. Under the guidance of carbohydrate immunochemist David Bundle, the U of A continued to make significant strides in scientific discoveries and training the next generation of glycoscientists including Todd Lowary, the current scientific director for GlycoNet.

“GlycoNet will leverage and build on the activities of the Alberta Glycomics Centre and the tremendous strength Canada has in this important and rapidly evolving field,” says Lowary. “Through collaboration between industry and scientists, GlycoNet will become an international research and translation hub in glycomics and a crucial driver for novel solutions to unmet medical needs that affect millions of Canadians.”

Glycomics—the study of carbohydrates in biological systems—is key to solving many health issues. Building on a half-century of research and an expanding biotechnology sector, Canada is ideally positioned to take advantage of this emerging field of glycomics. Through this pan-Canadian, multidisciplinary effort led by the U of A, GlycoNet unites researchers and health scientists with industry, government, and international partners to improve human health and grow the country’s biotech and pharma sectors.

The Alberta Government has, over the past 12 years, committed more than $32.4 million to support the Alberta Glycomics Centre and its critical research. Recognizing the opportunity to further advance this field of study, the Alberta Government committed $1.5 million last year through Alberta Innovates Technology Futures—one of the first large investments under an innovation, research, and commercialization program.