MoEDAL, the only Canadian-led experiment at the Large Hadron Collider, celebrated its first published results this summer. 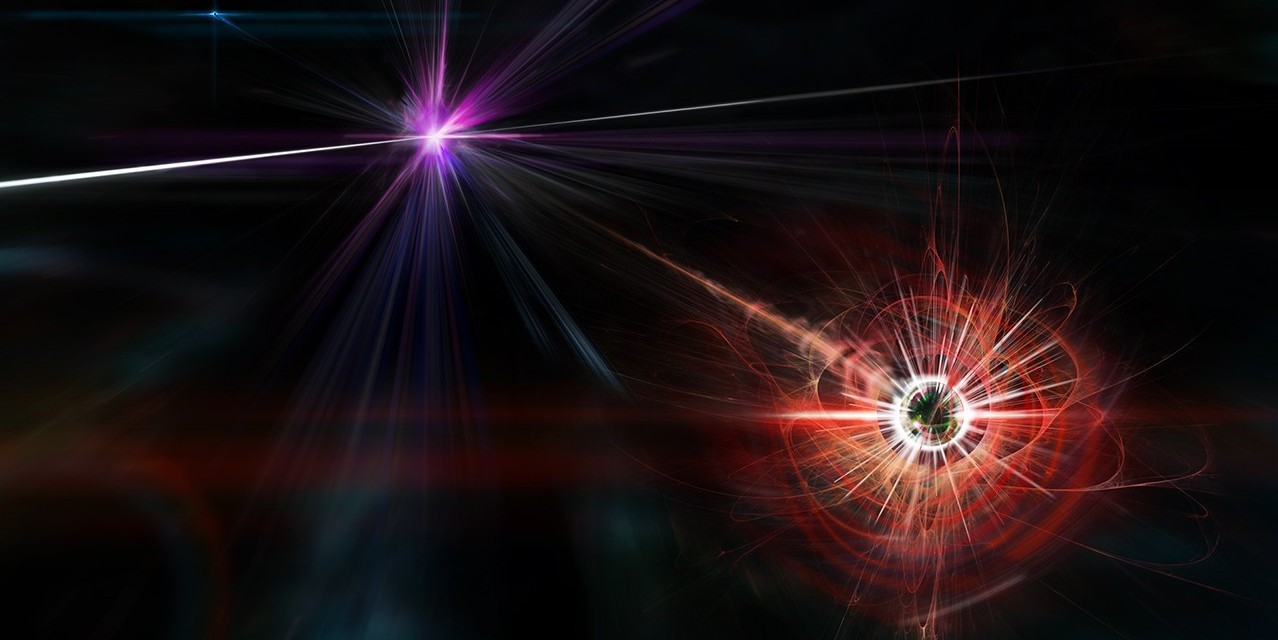 While Canadians were winning medals at the Olympics in Rio de Janiero this summer, MoEDAL (pronounced “medal”), the only Canadian-led experiment at the Large Hadron Collider (LHC) in Geneva, celebrated its first published results.

MoEDAL (the Monopole and Exotics Detector at the LHC), a collaboration of about 70 physicists from 26 institutions from around the world, is led by University of Alberta professor James Pinfold. MoEDAL’s first paper, published in the Journal of High Energy Physics, marks a significant milestone in the search for magnetic monopoles.

Magnetic monopoles are particles that carry either a north or south charge, just as electrons carry only a negative charge and positrons carry only a positive charge. They first entered physics discourse in the 1930s, when eventual Nobel Laureate Paul Dirac theorized that magnetism could be a property of elementary particles. However, magnetic monopoles have never been observed. Recognizing that the LHC could smash particles powerfully enough to generate magnetic monopoles, the MoEDAL collaboration built a detector specifically to find them.

Besides being part of a pure scientific inquiry, the search for magnetic monopoles could lead to practical applications far in the future. “Another subatomic particle has been vital in shaping our modern civilization, and that is the electron,” says Pinfold. “In a sense, the magnetic monopole is the brother of the electron and we know what harnessing the electron has done for us.”

In its first paper, the MoEDAL collaboration reports that no monopoles were found while the LHC was running with a collision energy of 8 Trillion electron Volts (TeV). Pinfold says, “This does not mean that we should give up the search. The mass of the monopole, if it exists, must too high for the LHC to create while operating at 8 TeV.”

Luckily, the LHC is now smashing together protons at the unprecedented energy of 13 TeV. If monopoles are produced, they will leave tell-tale tracks that can be observed using a microscope and may also be captured in the MoEDAL detector. That’s because of MoEDAL’s dual nature as a particle detector.

MoEDAL first acts like a huge film camera. The housing is the size of a room and the detector inside is sensitive only to the passage of particles from beyond the Standard Model. (The Standard Model describes the interaction of the building blocks of matter, including forces such as gravitation, and particles such as bosons.) Then, MoEDAL works as a giant trap that can physically capture new particles for later study in the laboratory. In both cases, a permanent record is retained. The whole detector is refreshed each year as the exposed detector elements are removed from the casing for analysis and a new detector is installed to continue taking data.

In contrast, the largest detectors at the LHC, the building-sized ATLAS and CMS detectors, are optimized for Standard Model (SM) subatomic particles moving near the speed of light. These detectors act like digital cameras, programed to snap an image only when they detect specific electrical signals generated by SM particles. The “picture” that comes back to the researchers is actually in the form of electronic data that must be analyzed. ATLAS and CMS’s pre-programming is a drawback in the detection of newer particles, including magnetic monopoles. In fact, physicists believe that magnetic monopoles are absorbed by the bulk of ATLAS and CMS before they can be detected.

Another unique aspect of the MoEDAL experiment is that, in 2014, it became the first “big science” experiment in the world to elect a high school (the Simon Langton School in Canterbury, UK) as a full member of the collaboration. Embracing “citizen science,” MoEDAL plans to involve Canadian high school and undergraduate students, as well as members of the general public, in analyzing  MoEDAL data through an innovative web interface. Pinfold says, “One of the main aims of our experiment is to directly involve young researchers and the interested layperson in the excitement of fundamental research.”

The University of Alberta MoEDAL group is comprised of an interdisciplinary group of researchers. Joining Pinfold are professors Pierre Boulanger (Computing Science), Marc de Montigny (Math and Physics), and Jack Tuszynski (Physics and Medicine), as well as the technical coordinator, Richard Soluk (Physics).  The other two Canadian MoEDAL groups hail from the University of British Columbia and Concordia University.