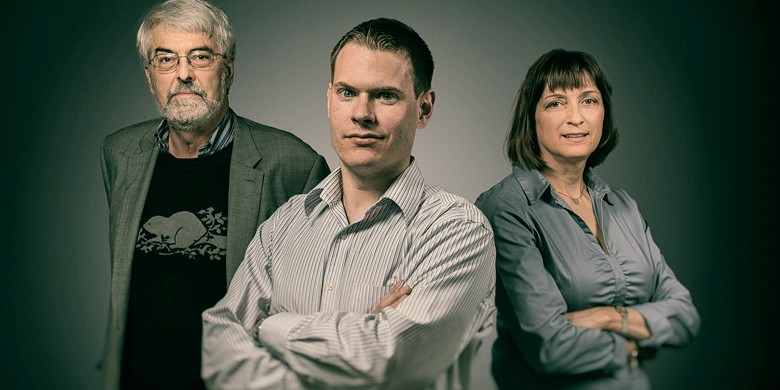 (Edmonton) A University of Alberta study is helping crack the code to happiness by exploring the long reach of depression and anger over more than two decades.

The study, published recently in the Journal of Family Psychology, followed 341 people for 25 years, and showed that negative emotions they may have suffered as young adults can have a lasting grip on their couple relationships, well into middle age.

The fact that depression and anger experienced during the teen years clung to people, even through major life events such as child-rearing, marriages and careers was surprising, said University of Alberta researcher Matthew Johnson.

“We assume or hope that high-school experiences fade away and don’t necessarily resonate 25 years later. The fact that symptoms of depression and expressions of anger can endure over many large events in life shows how important it is to deal with mental health early. Sometimes, problems don’t just dissipate. How you grow and change over those early years becomes crucial to future happiness,” said Johnson, an assistant professor of human ecology in the Faculty of Agricultural, Life and Environmental Sciences.

The research, drawn from a larger study begun in 1985, surveyed 178 women and 163 men through their transition to adulthood from age 18 to 25, again on their perceived stress levels at age 32, and on the quality of their intimate relationships at age 43, to find out whether anger or depression they may have felt as young adults was still affecting those bonds.

The study, co-written by U of A Faculty of Arts researchers Nancy Galambos and Harvey Krahn, is particularly valuable and unusual in its field because it provides sociological data with a 25-year reach, providing insight into relationship vulnerabilities and setting a foundation for continued exploration of the tools needed for fulfilling relationships.

“There’s a need for long-term, broad views of peoples’ lives to understand the pathways to happiness and successful life outcomes,” said Galambos, a professor in the Department of Psychology.

Findings point to the importance of recognizing that the “seeds of mental health sown during the shift to adulthood continue to bear fruit in mid-life,” noted Krahn, a professor in the Department of Sociology. “Early mental health does influence couple relationships, and that can have social costs such as divorce and family violence.”

As individuals, people can help themselves by “recognizing the fact that where they are in their couple relationship now is likely shaped by earlier chapters in their lives,” Johnson added. “It’s not only your partner’s current behaviour or your current behaviour shaping your relationship, but the story you bring with you.”

The study was funded by the Social Sciences and Humanities Research Council of Canada and Alberta Innovation and Advanced Education.