Thawing that abets climate change will occur over decades and centuries 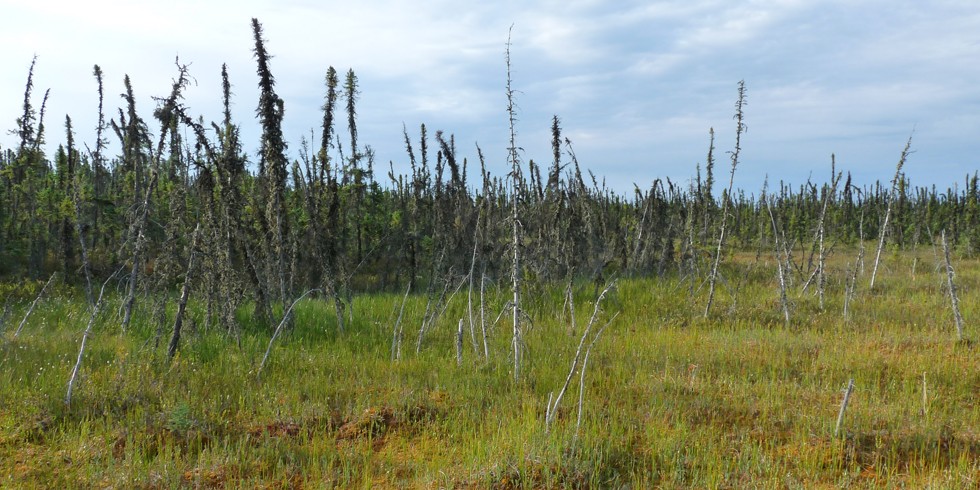 Thawing from permafrost soils in the Arctic and subarctic will release greenhouses gases much more gradually than previously feared.

(Edmonton) There’s qualified good news about one contributor to climate change, say researchers who have crunched data from a series of recent studies.

Organic carbon trapped in permafrost soils of arctic and subarctic regions risk being released as greenhouse gases to the atmosphere once these soils thaw and start to decompose. However, evidence suggests that the release will be gradual rather than abrupt, spanning decades to centuries as opposed to a single decade.

“Taking into account the full body of evidence published over the last decade allows us to largely rule out catastrophic scenarios of runaway climate change in response to arctic permafrost thaw,” said David Olefeldt, a researcher in the Department of Renewable Resources and CAIP Chair in Watershed Management and Wetland Restoration. He’s one of a group of researchers from around the world who reviewed current knowledge about permafrost thaw in a new study.

However, even the more moderate rate of greenhouse gas emissions associated with this organic carbon release will still make climate change happen faster than we would expect based on human activities alone.

Organic carbon is the remnant of plants and animals accumulated in frozen soils over thousands of years. An estimated 1.5 trillion tons of organic carbon is held in permafrost soils, which is about twice as much carbon as is found in the atmosphere in the form of CO2. The study summarizes that it is likely that approximately 10 per cent of this permafrost carbon store will be released as greenhouse gases during this century. On an annual basis, this represents emissions that are five to 10 times greater than current Canadian CO2 emissions from fossil fuels, said Olefeldt. So, while it won’t on its own drive future climate change, it will enhance it.

“If we do not take into account greenhouse gas emissions from the Arctic, then the likelihood becomes greater for overshooting international targets of climate change,” said Olefeldt.

In addition, he said, it’s important to note that estimates are still uncertain. It is possible that greenhouse gas emissions will be less than half or more than double. There are processes known to be important from local field studies that have not yet been taken into account by current models predicting global permafrost emissions. They include the role of permafrost thaw for causing the formation of wetlands and lakes, where decomposition is slow overall but also enhances methane emissions—a more potent greenhouse gas than CO2.

The bottom line according to the study: we have a small reprieve but we should develop effective policies and methods for monitoring the predicted permafrost emissions, and also ways of detecting potential surprises we do not yet fully understand.

The study, titled Climate Change and the Permafrost Carbon Feedback, was published in Nature in April.