The art of the dinosaur find 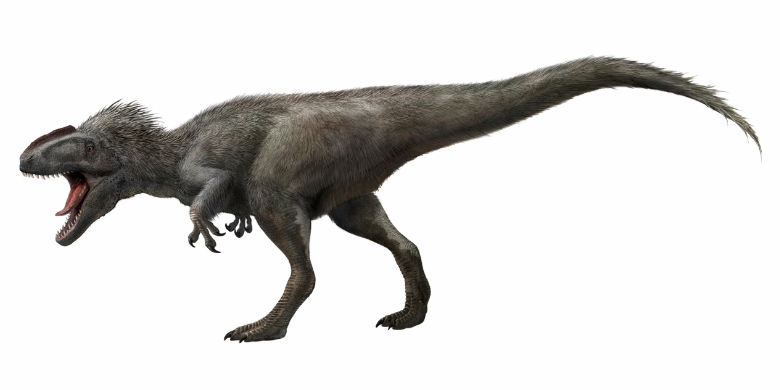 (Edmonton) A University of Alberta student has combined his paleontology training and considerable artistic skills to become part of a landmark dinosaur find.

Lida Xing, a 29-year-old U of A master’s student, is part of a China-based research team that discovered and described the largest feathered member of the tyrannosaur group of meat-eating dinosaurs. “Yutyrannus huali is also the largest feathered dinosaur of any kind ever found,” said Xing. Researchers say evidence of feathers was found around the head and tail section of the fossil, which was unearthed last year in northern China.

“T. rex was larger and came along 53 million years later but there has never been a trace of feathers found on a T. rex fossil,” said Xing, who explained that shortly after the first feathered dinosaurs were discovered in 1996, it was predicted that tyrannosaurs may have had feathers on their bodies.

“Other smaller fossils from the Tyrannosauroidea superfamily have shown evidence of feathers, but Yutyrannus huali is by far the largest,” said Xing. “The discovery of Yutyrannus increases the chances that eventually a T. rex fossil will turn up with feathers on its head.”

Xing’s paleontology training enabled him to become one of seven co-authors on the research paper. He used his artistic skill to co-create a depiction of what Yutyrannus huali looked like when it was alive during the lower Cretaceous period, 120 million years ago.

Xing is a self-taught artist whose dinosaur artwork has appeared in National Geographic magazine and in several dinosaur books he wrote in his native China.

The research was published April 4 in the academic journal Nature.

The art of the dinosaur find
Newsroom