“If the intervention we’ve designed doesn’t meet people’s needs, is it an intervention at all?” asks maternal health expert Zubia Mumtaz. 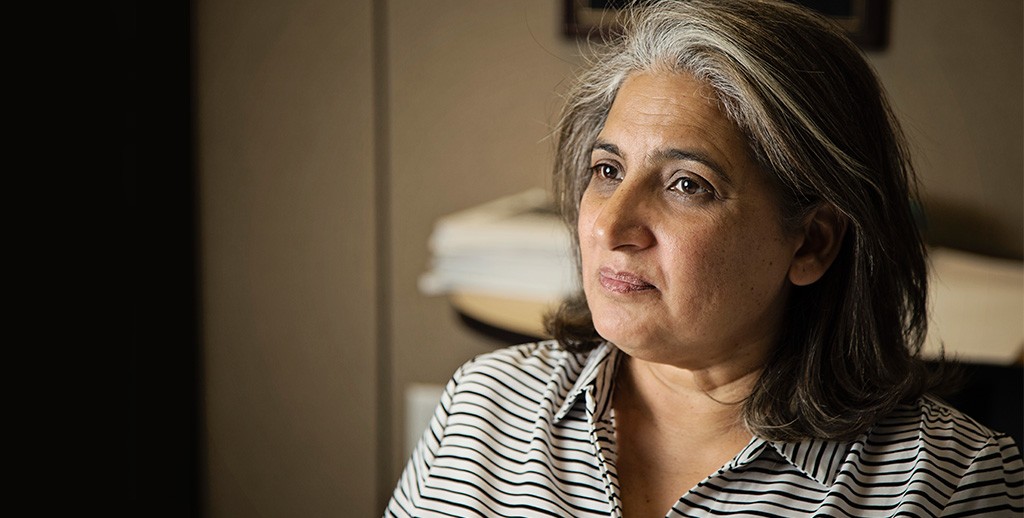 Zubia Mumtaz is an expert on maternal health and associate professor in the School of Public Health at the University of Alberta.

In Canada, about seven in 100,000 women die in childbirth each year. In Pakistan, this number is 178. Ultra-poor, marginalized women have the highest rate of maternal mortality.

The idea of midwifery is not new. But it was practically nonexistent in Pakistan until 2006.

In an effort to bring down the maternal mortality rate, the Pakistan Community Midwifery Programme (PCMP) was introduced in 2006. A group of Pakistani public health practitioners and policy-makers designed the program based on one implemented in Indonesia.

The PCMP recruited and trained women in midwifery for 18 months. Midwives were then encouraged to return home and provide skilled birth services in their communities.

But then things ground to a halt.

Only one to three per cent of women reported using midwifery services. Thousands of women continued to die giving birth each year.

“The problem is that midwives simply aren’t connecting with women in need,” explains Zubia Mumtaz, associate professor in the School of Public Health at the University of Alberta.

In 2014, Mumtaz, an expert in maternal health, and her colleagues analyzed the PCMP to identify reasons for this lack of success. The research explains how the program theory was misaligned with real-world practice. It was recently published in BJOG: An International Journal of Obstetrics and Gynaecology.

So, why hasn’t use of skilled birth services increased?

Research reveals that barriers are many and complex. Social and cultural factors are key causes. Traditional gender roles prevent midwives from travelling and working alone or with unfamiliar men. They also discourage women in the workforce. The social status of midwives is low, discouraging women from entering the profession. For those who do, a deeply rooted mistrust of midwives exists in many communities, because they are not traditional birth attendants.

The physical environment also creates obstacles. Lack of transportation and infrastructure prevents midwives from travelling to or living in remote areas where their services are most needed. Many midwives live in the same city, even the same community, whereas few reside in rural locations.

Public-private sector co-operation is complicated for midwives wishing to refer to, or receive referrals from, doctors and hospitals. Many have struggled to establish private practices.

“Ultimately, programs must consider social and physical realities,” says Mumtaz. “If the intervention we’ve designed doesn’t meet people’s needs, is it an intervention at all?”

Complex, multi-dimensional solutions are necessary to address the factors hampering midwives’ work. Changing attitudes is no easy feat, but Mumtaz and colleagues are developing strategies and seeking funding for their implementation in Pakistan.

“The issues are many, so the solutions have to be many as well,” Mumtaz explains.

The first step is to improve the social status of midwives within their communities. Then, availability of services must be improved, particularly in poor and rural areas. The PCMP must also revisit its recruitment strategies.

“We must consider local realities as well as the wider social and cultural context. Program plans should be flexible and adaptable to address challenges as they arise.”

Interested in learning more about maternal health around the world? Join us on International Women’s Day for Dying in childbirth: Delivering solutions for mothers around the globe, a public talk with Zubia Mumtaz. The lecture takes place March 8 at 5 p.m. in the Edmonton Clinic Health Academy.