'The Biggest Loser' a big turnoff 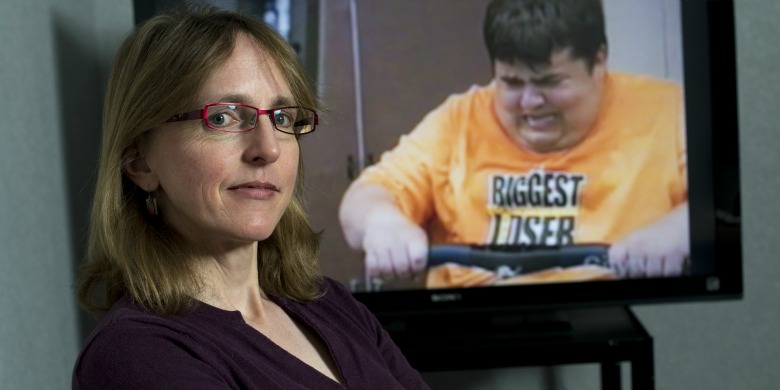 (Edmonton) The Biggest Loser might be a TV ratings winner, but its extreme depiction of exercise is more likely to turn people off than get them off the couch, according to new research from the University of Alberta.

Researchers in the Faculty of Physical Education and Recreation found that watching a short video clip of The Biggest Loser fuelled negative attitudes toward exercise, raising further questions about how physical activity is shown in the popular media.

“The depictions of exercise on shows like The Biggest Loser are really negative,” said lead author Tanya Berry, Canada Research Chair in Physical Activity Promotion. “People are screaming and crying and throwing up, and if you’re not a regular exerciser you might think this is what exercise is—that it’s this horrible experience where you have to push yourself to the extremes and the limits, which is completely wrong.”

In the study, 138 undergraduate students from the U of A were split into two groups. One group watched a seven-minute clip—chosen for its extreme depiction of exercise—from early in The Biggest Loser’s ninth season, when competitors were struggling with obesity. A control group watched a segment from the reality show American Idol.

Immediately after viewing the clips, participants from both groups were asked to write down their first five thoughts. Students also completed a computer test that measured their automatic attitudes about exercise before they had time to think about the question, plus a handwritten questionnaire.

Berry said the results debunk the belief held by some researchers and many in the popular media that shows like The Biggest Loser can be motivational and get people off the couch. In fact, the negative portrayals of exercise are counterproductive to public health campaigns.

“There’s a lot of effort and good work out there just to get people more active, but it’s such a small voice in this big wash of different depictions of exercise. It’s a big mess.”

Berry’s research team is now working on a further study that focuses on followup episodes of The Biggest Loser that feature participants who have lost weight, are physically fit and enjoy exercise. Those results should be published next year.

The current study, to be published in the January 2013 issue of the American Journal of Health Behavior, was funded in part by the Social Sciences and Humanities Research Council of Canada.