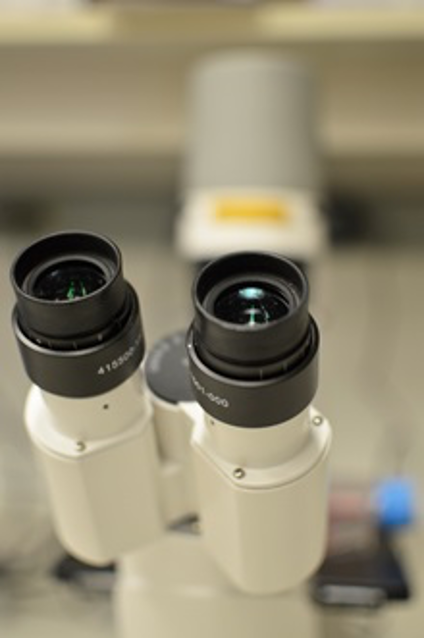 The big problem for individual patients and physicians is knowing if the patient has the disease that is easy to treat or if they have a more aggressive variant. A lot of patients get over-treated simply because we don't want to miss the one case in five that may spread to other sites.

Discovery of key protein expected to advance life-changing diagnostics and therapies for patients. 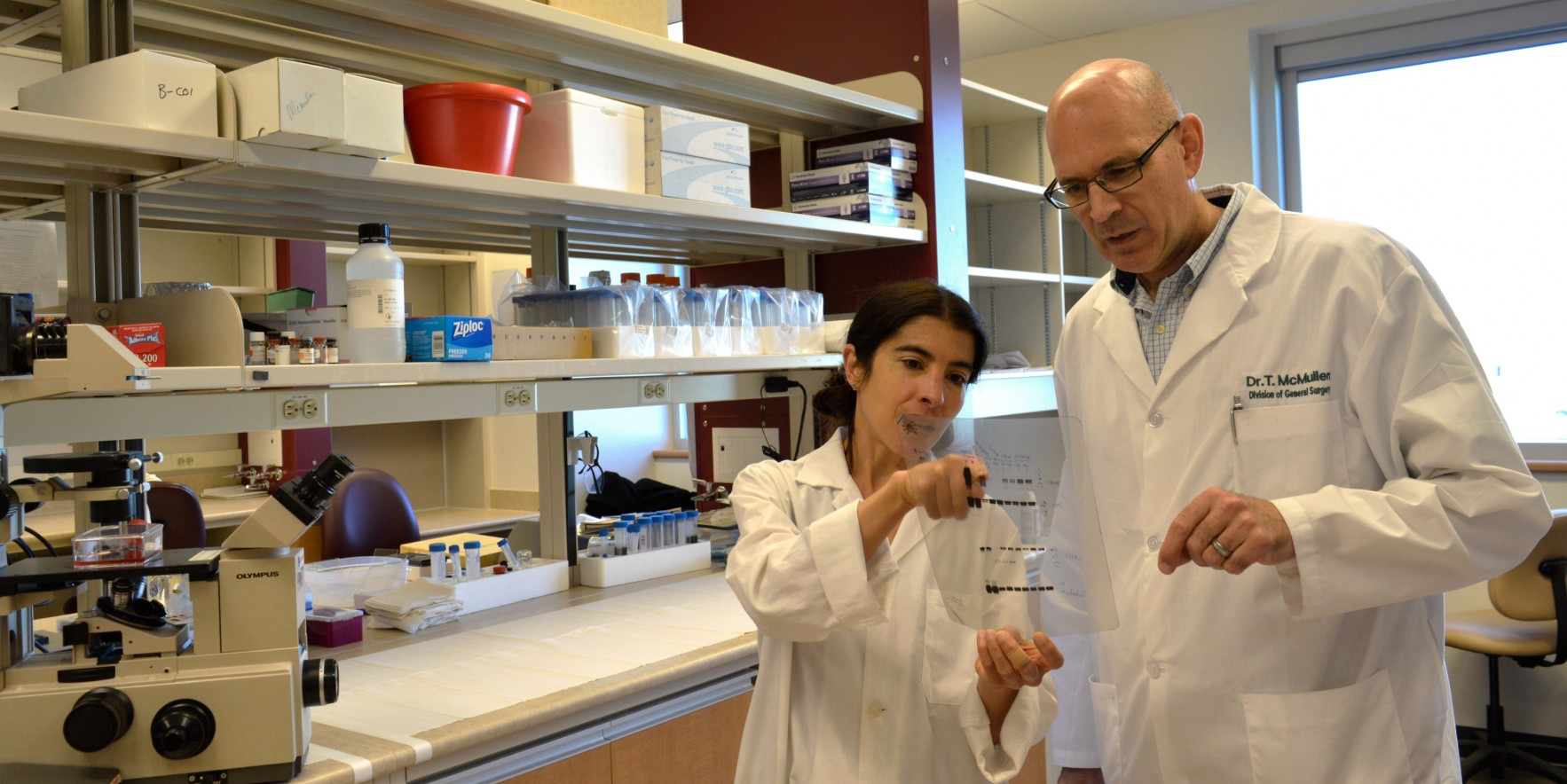 A new discovery from University of Alberta scientists represents an important milestone in the fight against thyroid cancer. In a study published in EBioMedicine and recently presented at the American Thyroid Association annual meeting, the team has identified a marker of aggressive disease for papillary thyroid cancer, which comprises about 90 per cent of all thyroid cancers. The marker—a protein known as Platelet Derived Growth Factor Receptor Alpha, or PDGFRA—could also be used as a therapeutic target for future treatments.

Todd McMullen, senior author and associate professor of surgery with the U of A’s Faculty of Medicine & Dentistry, believes the findings will have a significant clinical impact.

“The big problem for individual patients and physicians is knowing if the patient has the disease that is easy to treat or if they have a more aggressive variant. A lot of patients get over-treated simply because we don’t want to miss the one case in five that may spread to other sites,” says McMullen.

“The only way to be sure it doesn’t spread is to undertake a larger surgery which can have lifelong consequences. Most of these patients are young. They have children. The majority tend to opt for the surgery because until now we haven’t had another tool to help them know when it is needed.”

Each year approximately 6,300 Canadians will be diagnosed with thyroid cancer. More than three quarters of those patients are women. Treatments for the disease include radioactive iodine therapy and surgery. Those who opt for aggressive surgery can see their speech affected, have trouble eating, swallowing and even breathing as a result.

“We came up with a tool to identify aggressive tumours so that people can have just the right amount of surgery. No more, no less,” says McMullen. “What we’re really excited about is that this is both a diagnostic tool and a therapy. It can be used to do both. We’ve identified the mechanism of how this protein actually drives metastasis in thyroid cancer. And not only that, we found out that it also makes the cancer resistant to radioactive iodine therapy.”

McMullen says that by identifying the mechanism, the team is able to predict which people will have recurrent disease and which patients will respond to radioactive iodine therapy—both tools that are currently lacking in the medical community.

The foundation of the work stems from previous efforts in which McMullen’s team examined thyroid cancer patient specimens. In a study published in 2012 they looked at genetic signatures showing which patients experienced metastasis and which patients did not. Through their efforts at that time they discovered PDGFRA was linked to metastatic disease. According to McMullen, this latest research significantly advances that work.

In the very near future the team hopes to begin two separate clinical trials. The first will investigate a new way to treat thyroid cancers using a cancer drug that specifically targets PDGFRA. The second will work on a new diagnostic tool to give patients an early indicator of whether their thyroid cancer will be aggressive or not.

“We hope within the next 18 months that we can prove the utility of this approach and change the way thyroid cancers are managed for those patients that have the worst disease,” says McMullen. “We were lucky enough to find something that we think is important for thyroid cancer. It will be put to the test now.”

Meet our partners in innovation:

At the Canadian Institutes of Health Research (CIHR), research has the power to change lives. As Canada's health research investment agency, CIHR collaborates with partners and researchers to support the discoveries and innovations that improve our health and strengthen our health care system.

On November 1, 2016, AIHS consolidated with the three other Innovates agencies to become Alberta Innovates, providing centralized access to services and supports to innovators, researchers, industry and partners. www.aihealthsolutions.ca

The University Hospital Foundation raises funds to support innovation and excellence at the University of Alberta Hospital, Kaye Edmonton Clinic and Mazankowski Alberta Heart Institute. Foundation donors have contributed $15.8 million towards the creation of new knowledge since 2004.

Edmonton Civic Employees Charitable Assistance Fund was founded in 1941 and consists of approximately 14,000 participating members from nine civic unions and associations. Members contribute one quarter of one per cent of their salary to the fund. The money is then awarded to charitable organizations within the Capital Region. This fund donates over $1 Million on an annual basis.