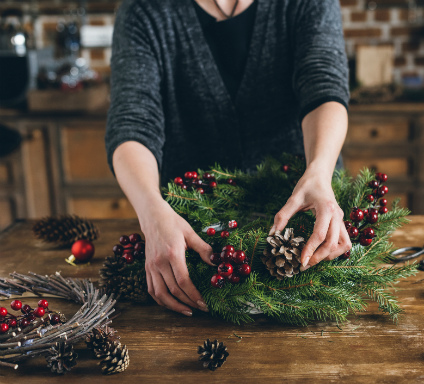 Pine cones get the recognition they deserve every holiday season as people use them to spruce up Christmas decorations. (Photo: Getty Images)

The double life of pine cones: from forest floor to Christmas decor

The humble seed-bearers are as important to religious traditions as they are to forests, say U of A experts. 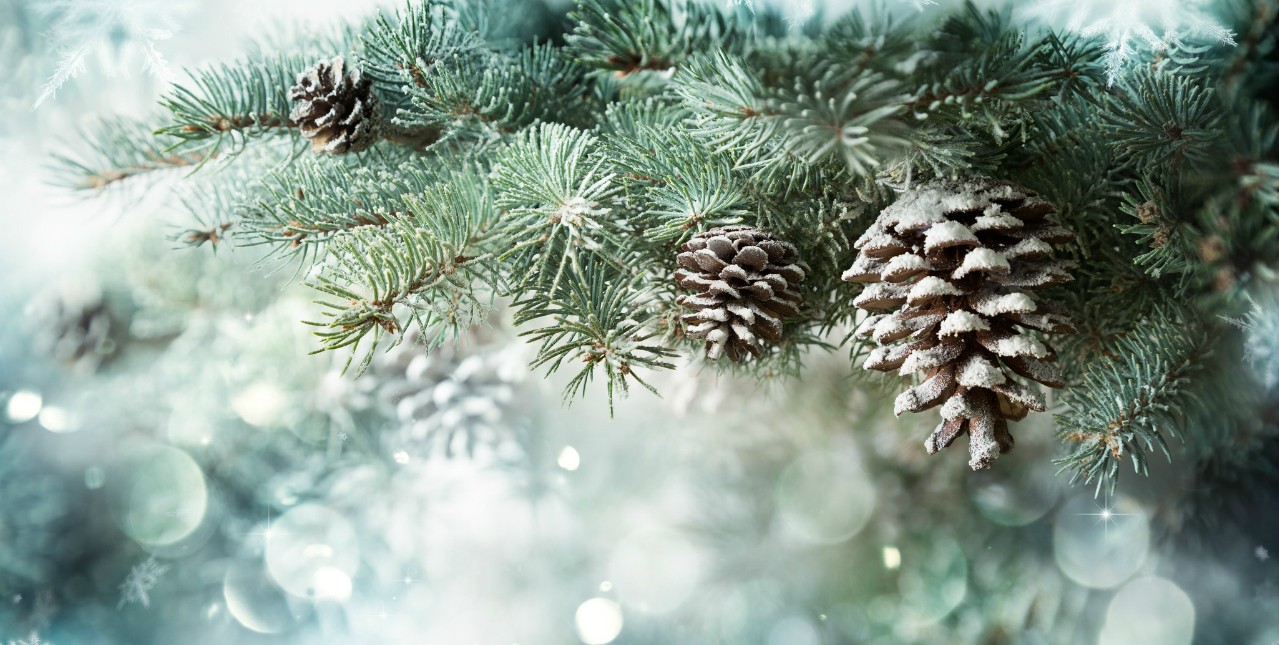 There's more to pine cones than meets the eye, according to U of A experts who say they play valuable roles in forest ecology and historical traditions. (Photo: Getty Images)

For most of the year, pine cones are a nuisance to be raked off the lawn, but come Christmastime, they’re elevated in status, painted with gold and glitter and hung everywhere.

Whether labelled as yard litter or celebratory decoration, there’s more to this woodsy, ruffled seed-bearer than meets the eye, say University of Alberta experts.

The humble cone, found on both spruce and pine trees, holds important places in both nature and in ancient religion.

“They’re very cool,” said U of A forest ecology professor Ellen Macdonald. “Everybody thinks they know what a pine cone is, but they don’t think of them in terms of ecological importance.”

“The pine cone is the tree’s way of having babies,” she explained.

People may not know that there are male and female cones, with the smaller male versions—usually one centimetre or less—hanging around just long enough to fertilize the seed-bearing female cones with their pollen.

Along with that, they’re a food source for animals like red squirrels, birds, mice, voles and even insects, which gather the seeds and stash them to eat later, said Macdonald. It’s this process that also feeds the growth cycle for forests, she added.

“Not all the seeds the animals store are later eaten. They’re going to drop them along the way or stash the cones and forget where they are, and those seeds regenerate into new trees.”

Larger mammals like grizzly bears dine on the seeds of the whitebark pine, and even humans can enjoy the larger seeds of about 20 species, harvested and sold as “pine nuts.”

“They’re the tasty, expensive nuts you buy to make pesto or sprinkle on a salad,” said Macdonald.

Tree cones and their benefits aren’t limited to snowy forests and mountain ranges, either.

Worldwide, they’re found on 114 tree species, with the largest cones coming from the Coulter pine found in California and weighing in at two to five kilograms. The sugar pine, also native to California and to Oregon, boasts the longest cones at 20 to 50 centimetres long.

Lodgepole and jack pine, two of the nine species found in Canada and prevalent in Alberta, have among the smallest cones, at two to four centimetres long. The cones on these trees stay closed for several years, but open when exposed to enough heat—their way of adapting to forest fires.

“When the forest burns, the cones heat up and then open and distribute their seeds, and this is how forests regenerate quickly after a wildfire,” said Macdonald.

Besides serving Mother Nature, tree cones also hold a valued place in ancient history, with imagery dating back 3,000 years to Mesopotamia, a historical region that takes in the Tigris and Euphrates rivers, includes modern-day Iraq and Iran and extends into Turkey.

Ancient carvings, like a Neo-Assyrian panel that recently sold for $31 million at Christie’s New York auction, show the cone being used as part of a purification rite.

“The cones are well known in ancient Mesopotamia as a purifier and always appear with a clay or wicker bucket,” said Shawn Flynn, a professor of the Hebrew Bible at St. Joseph’s College.

The cone is dipped in the bucket, then used to sprinkle water on people or on sacred spaces and items like temples, palaces and even sacred trees.

“Kings used it to ritualize the final stages of their building projects to ward off evil spirits.” The cone’s imagery links to pollination and agricultural metaphors, likely reflecting Mesopotamia’s leading role in creating irrigation and growing crops, Flynn noted.

And though the imagery is thousands of years old, it has contemporary echoes, he added.

“In many ways this use of the cone—thought to be from the fir tree—mirrors the modern-day practice in some Christian churches with liturgical emphases.”

Catholic, Anglican and Orthodox churches use the aspergillum, a wand-like tool, dipped into a bucket to sprinkle holy water on people or on objects like the advent wreath or candles in a church, or on a coffin. Like a cone, the aspergillum has notches to pick up the water so it’s efficient for a sprinkling ceremony.

“This rite is for congregations to remind themselves of their Christian baptism and the movement away from sin,” Flynn said. “So this idea of purification, of water sprinkling, of ritual, has remained consistent for thousands of years.”

In a way, the ancient use of the pine cone parallels the sense of ceremony that connects with Christmas rituals like putting up a tree, hanging lights or attending church services, he added.

“The pine cone just happens to be at the centre of a particular ritual from 3,000 years ago. And at this time of year, the cone has a place of honour in people’s homes.”

The double life of pine cones: from forest floor to Christmas decor