The downside of gluten-free 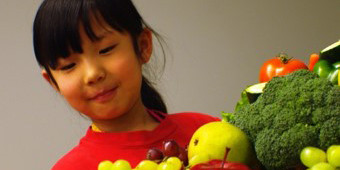 (Edmonton) Children and teens who have celiac disease and are treating it with a gluten-free diet are courting extra problems if much of the gluten-free food they’re eating is processed.

So, too, are people who don't have celiac disease but are eating those gluten-free items in a quest to be healthier.

Those are the conclusions of a recent study of celiac patients aged four to 18 who were eating a gluten-free diet.

It showed they had a significantly higher glycemic index and glycemic load (measures of how much a food will raise blood sugar levels). They also had lower intakes of important vitamins and minerals, such as vitamins D and K (important for bone health) and folate (which helps build DNA).

Diana Mager, a registered dietitian and associate professor in the Department of Agricultural, Food and Nutritional Science who led the study, believes it’s because they were eating a lot of processed gluten-free foods, such as cereals, breads and pastas, and not enough fresh fruits, vegetables, and vitamin D-fortified dairy products.

“Processed, gluten-free foods are very high in fats and carbohydrates because that’s what gives them the flavouring and improved texture,” said Mager. “We knew it was likely that patients would have high glycemic index and glycemic load but we’d never documented it before.”

Celiac disease affects the small intestine. In about half of those who have it, it causes diarrhea and abdominal pain. The other half have either no symptoms or less typical symptoms such as anemia and poor bone health.

“So they go on this gluten-free diet which makes their GI tract better, but they’re not getting enough vitamin D and K so they often experience poor bone health,” said Mager.

That’s especially concerning for children and teens, said Mager, because they are at a peak time in their lives for building bones.

The treatment for celiac disease is a gluten-free diet. That excludes anything containing wheat, barley and rye, as well as malt, dextrose and some starches—ingredients found in foods as diverse as soups, flavoured yogurts, luncheon meats, mustards, soya sauce and roasted seeds.

Patients’ parents treat a diagnosis seriously and buy gluten-free grains, but soon detect that some of the processed foods containing these grains are high in fat, said Mager. Teens also report that it’s difficult to find healthy gluten-free options in school cafeterias or when they’re eating out with their peers.

Both groups then become concerned because they can’t find enough credible information about what they should be eating instead.

Many would benefit by consulting regulated health professionals, such as dietitians, about whether they need micro-nutrient supplements, said Mager.

The best way to eat gluten-free, she said, is to ensure that daily servings of fresh fruits and vegetables, dairy and meat (or meat alternatives) products fulfil levels recommended by Canada’s Food Guide.

The study was published in the Canadian Journal of Dietetic Practice and Research.

The downside of gluten-free