The enduring power of poetry 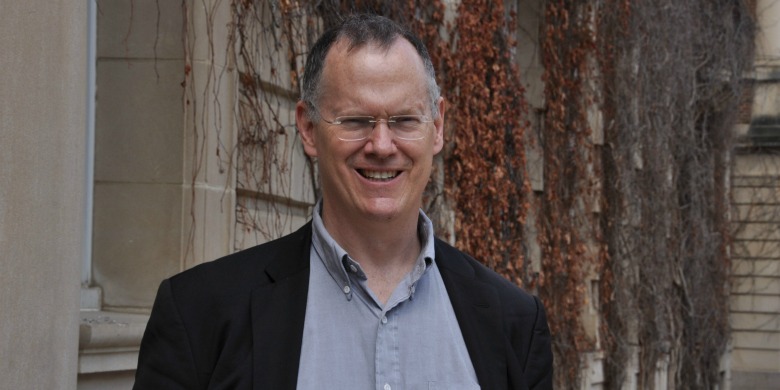 120417-jonathanhart-banner
Jonathan Hart, U of A professor and poet

(Edmonton) The English poet John Donne, while recovering from illness in 1624, declared in Devotions Upon Emergent Occasions, “No man is an island.” Almost 400 years later, that statement remains a maxim for the interconnected modern world.

It is also a reminder of the power and importance of poetry, says Jonathan Hart, professor of English and film studies at the University of Alberta. Hart says activities held each April for National Poetry Month help to re-establish the relevance of poetry.

“Sometimes we lose sight of what poets do and what people try to do now is recapture the importance of poetry,” says Hart. “A poetry month is important to remind us about the balance between different forms of knowledge and creativity. The poets, perhaps long before the scientists, were trying to tell a culture what it is about in matters of beauty, knowledge, education, war and peace. And so the poets were very central.”

One way that bards played an instrumental role in building balanced societies centuries ago was by serving as advisors to rulers. “Poets also were writing epics, which were central stories and myths about the culture,” he says.

Those writings were mirrors that reflected societies onto themselves, Hart says—mirrors that helped to illuminate the core queries he says cultures must answer.

“The three central questions in culture are what is good, what is true and what is beautiful,” Hart says. These questions, which he adds are related, cannot be completely answered any more by mathematicians than by poets. And the reason is simple: poetry and mathematics are the two important centres of language and each plays an equally important role in helping build balanced societies, he explains.

“Mathematics pushes us to use powerful tools in engineering and medicine, in order for us to describe a natural world and the universe,” Hart says. “Great poets, who push back the frontiers of knowledge whether they write in prose or poetry, talk about central myths that are very important to a culture for its past, present and future. The core of poetry and metaphor is what’s at the heart of language, and mathematics is at the heart of practical science. And just like mathematicians, poets try to find what’s fresh and new on the frontier of language.”

But it has only been recently that societies have made clear distinctions between mathematics and poetry. For example, William Gladstone, British prime minister in the late 1800s, had double honours in mathematics and classics. Erasmus Darwin, grandfather of Charles Darwin, wrote in verse and in prose, says Hart.

“There was this classical tradition, but we have now started to make the error of saying that training is education,” Hart says. “There is a gap between what we create in technology and how we cope with it, and coping comes out of culture and all of the resources we’ve had over thousands of years.” The U of A is helping to fill that gap by fostering interdisciplinary research, creating opportunities for students and researchers, and engaging with communities. Hart says the university is helping to strengthen the historic link that has helped develop balanced societies for centuries.

“The U of A’s role in this country through drama, poetry, painting and design is very important and has been historically,” he says. For example, Nobel laureate Derek Walcott’s teaching at the U of A leaves a lasting impact, says Hart.

“Students can tell their grandchildren or neighbours that they were in a class with Derek Walcott. That should give someone shivers. What a challenge. He’s a remarkable person who’s at the highest level. It’s a terrific honour and privilege,” he says. “Consider the confidence he’d bring to a student, if he says, ‘that’s a good line’ to someone who has come from around the world to study.”

Hart will be part of the U of A’s tradition of maintaining that balance when he lectures and reads at one of Germany’s premier cultural institutions in May. He has been invited to the Goethe Museum to discuss the poetics and temporality of Shakespeare’s sonnets and read his own sonnets. Locally, Hart’s poem, The Rain, was selected for Edmonton’s Poetry Route program that puts poetry in transit vehicles and LRT stations.

Hart says the place of poetry in society is paramount. “A society that does not look at mythology or religion or poetry is an impoverished society that’s only seeing parts of its image in the mirror.”

The enduring power of poetry
Newsroom