The making of a modern museum 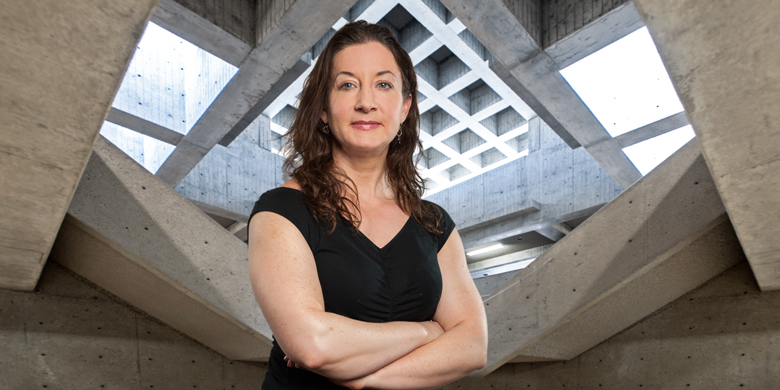 (Edmonton) Previously unknown details about spaces that hold strange and curious items are now revealed in a book by a University of Alberta researcher.

Lianne McTavish, professor in the Department of Art and Design at the U of A, spent nearly a decade studying the records of Canadian, American and European museums. The results of her research are detailed in the book, Defining the Modern Museum.

The study, which took McTavish across Canada, the United States and Europe, challenges common ideas about Canadian museums and documents changes that explain how Canadians now connect with these institutions of regional and national identity.

She argues that, until now, there has been no record of the massive contributions women made to building some of Canada’s most prestigious museums.

“Women were involved in building museums from the grassroots. From the 1850s on, women donated hundreds of objects to different museums, and they raised funds to help pay for buildings,” she says.

Still, she says, few generalizations can be made about how the museums founded in the 19th century evolved. But popular museums, such as the New Brunswick Museum in Saint John—which dates back to 1842, making it Canada’s oldest continuing public museum—share a common history.

“Earlier museums were more personalized and spontaneous. The volunteer founders would host entertainment events which included singing, dancing, and eating inside the museum. And they would have lectures continually where they would pass around objects, allowing visitors to touch and interact with them,” McTavish says.

The Carnegie Corporation and the role of curators

Changes eventually came to many institutions when Canadians associated with the Carnegie Corporation began trying to professionalize Canadian museums.

“It was an official mandate of the Carnegie Corporation to professionalize Canadian museums, to hire people who had university degrees and were focused on research and the production of knowledge, instead of being primarily devoted to outreach or sociability,” says McTavish.

Although she notes that this process sometimes displaced volunteers from those institutions, McTavish challenges the contention by some historians that it displaced the gender and class makeup of the community volunteers who had built some of Canada’s museums, and that by the 1920s, these so-called amateurs had been driven out by wealthy patrons who favoured replacing them with trained professionals.

“That is simplistic and inaccurate,” McTavish says. “The middle-class and wealthy patrons of museums never really managed to erase and replace the earlier history of museums, and there were variances across different kinds of institutions.”

But the status of the curator did change over time, becoming more elevated. During the 19th century, curators were tasked with everything from cleaning to fixing the roof, McTavish says.

“Now a professional curator is expected to embody the museum and perform a museum identity in a way that’s linked with class and gender. There’s a hierarchy in place, which did not exist during the 19th century; it has all been negotiated,” she claims.

Perhaps ironically, the elevated status of the curator has occurred at the same time as a general decline in the status of visual learning. McTavish contends that some critics of contemporary museums are anxious about the possible link between looking and “mindless” entertainment.

“In the late 19th century, it was understood that though it would be good to have someone talk about a museum object or specimen, just looking at it was, in and of itself, a learning activity. Now there is a certain anxiety about distinguishing entertainment from education, which did not really exist in early Canadian museums.”

McTavish notes that the era of professionalization did much good, resulting in improved storage facilities and better preservation of valuable objects—and she says some museums are now heading back to the old days of more community involvement.

“Some people feel that museums are not for them; they feel excluded. Many institutions are now trying to overcome an elitist image,” she says. “If people understand that the museum is theirs, they can use the space how they wish, whatever that may be. Such an attitude would in many ways mark a return to the past.”

The making of a modern museum
Newsroom