What you have here is clearly artificial selection. You can't imagine a stronger selection pressure than hunting based on a measurable morphometric trait.

The measure of a ram 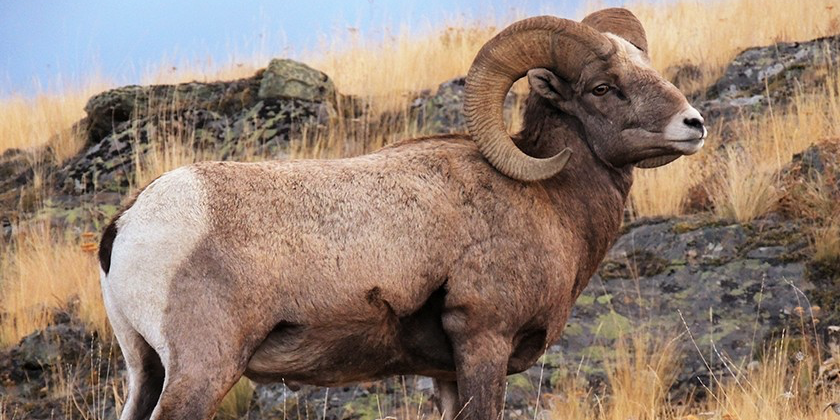 It’s not just the size of your horns, but having the experience to know how to use them. Scientists have studied the effects of trophy hunting on bighorn sheep with alarming results: human selection is leading to artificial evolution, resulting in smaller horn size.

“We have been wondering what influence selective hunting has on the evolution of a species,” says David Coltman, professor of biological sciences at the University of Alberta. “What you have here is clearly artificial selection. You can imagine that harvested animals don’t have any more offspring. Their genes are removed from the gene pool.” Coltman recalls Darwin’s observation that the system of killing only the finest stags on Scottish estates may cause red deer to degenerate. Ironically, hunting based on minimum size criteria—such as horn size—selects against the trait most desired by hunters: the size of the trophy.

“Conventional wisdom is that the bigger your horns are, the better you do because you’re better armed than the competition,” says Coltman. “This is partially true, but it’s quite age-dependent. It’s not just the size of your horns, but also how old you are. For a ram to become highly successful and socially dominant, he’s not just large-horned. He’s also experienced.” Rams are often shot prior to reaching that age of experience. “It doesn’t take a big stretch as an evolutionary biologist to recognize that this is strong selection pressure.”

Dominant rams reach their peak reproductive years at age eight to 10, long after their horns reach the legal age for trophy hunting, which in Alberta is currently a four-fifths curl, when the tip of the horn is parallel with the eye.

Coltman and his colleagues on the study—Gabriel Pigeon, Marco Festa-Bianchet, and Fanie Pelletier from the University of Sherbrooke—concentrated on data collected from bighorn sheep on Ram Mountain near Nordegg, Alberta. Their analysis of 39 years' worth of data collected on the sheep that were subject to intense trophy hunting for 23 of those years supports the contention that selective hunting led to a reduction in horn length through evolutionary change.

“For 30 years in Alberta, the number of trophy rams has been declining, and the age of these legal rams is increasing. This signals that what we are seeing at Ram Mountain may be true across wider areas.” Coltman says there are many more licences issued to trophy hunters than there are available legal rams.

“What we see is a decline in horn size over time,” he says, noting the average size of a set of horns at Ram Mountain has declined more than 20 per cent over 43 years.

Another startling result from the study is that after artificial selection stops, recovery of horn length through natural selection is slow. “You can’t imagine a stronger selection pressure than hunting based on a measurable morphometric trait,” Coltman emphasizes. “What we have here is a very hard-edged selection. We simply need to reduce the selective edge by taking fewer rams or re-examining size requirements. If we stop hunting based on horn size, the horn size will increase, albeit slowly. We have to be more evolutionarily enlightened about how we manage and conserve animal populations.”

Coltman’s research focuses on the maintenance and adaptive significance of genetic variation in the wild. He also tests evolutionary theory in natural populations using longitudinal data and pedigrees and applies genetic methods to problems in conversation and wildlife management. He has been involved with the pedigree work and genetics of the Ram Mountain bighorn sheep population since 1999.

The findings, “Intense selective hunting leads to artificial evolution in horn size,” will be published in the journal Evolutionary Applications.

The measure of a ram
Newsroom