The next step in building reconciliation

Canada’s education leaders gather at the U of A to discuss how post-secondary institutions can take action on truth and reconciliation. 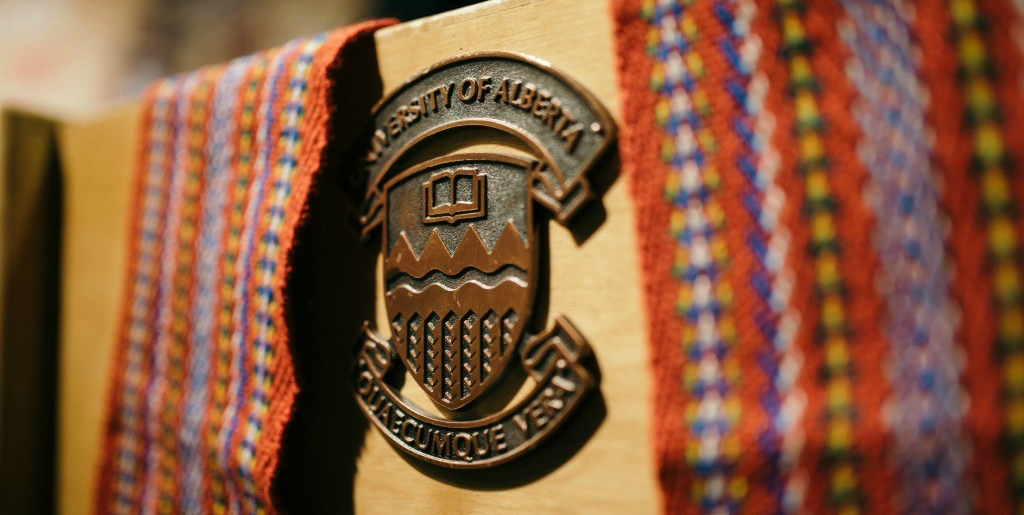 Among the 94 calls to action in the Truth and Reconciliation Commission’s final report, 11 of them pertain directly to education, but the responsibility for a response from Canada’s post-secondary institutions is woven throughout the list, on questions ranging from justice to health care to museums and beyond.

Understanding and responding to these implications is a national task that is being carried forward at the second annual Building Reconciliation Forum, a multi-institutional gathering being hosted this week by the University of Alberta.

This two-day conversation will bring together Canadian university presidents and their leadership teams, First Nations, Métis and Inuit leaders, student leaders, Indigenous scholars and scholars dedicated to research that is meaningful to Indigenous peoples to discuss the next steps for reconciliation in post-secondary education.

At the end of last year’s inaugural forum, University of Saskatchewan president Peter Stoicheff handed the responsibility for leading the 2016 forum to U of A President David Turpin, who at the time was new to his role at the institution. That experience shaped Turpin’s understanding of what it meant to do the work of reconciliation at the U of A.

“Building Reconciliation brings together Indigenous and non-Indigenous people from universities and communities to share knowledge with each other and work together towards reconciliation. More than anything, I see it as a chance for me to listen and to learn,” he said.

That understanding has informed the important work that has happened at the U of A over the past year, including the efforts to create more Indigenous spaces on campus, with the opening of the Wahkohtowin Lodge at the university’s Augustana Campus in Camrose, the installation of Indigenous art on campus including the new Sweetgrass Bear on Quad, and the planned Maskwa House of Learning.

But beyond that, Turpin noted, universities need to do more than build spaces for Indigenous learning; they must become those spaces of understanding and connection.

“We should strive to be places that celebrate the unique and proud histories of Indigenous peoples.”

Kelsey Dokis-Jansen, Indigenous initiatives manager for the university, says that even before it has started, the forum has had a meaningful impact. “Contributing to a national conversation about the role of post-secondaries in reconciliation is helping to guide our own work,” she says. “This event has reinforced for me that it is in working together that reconciliation will be achieved.”

The two-day forum includes two public keynote addresses by leading thinkers on reconciliation and education in Canada. On Wednesday morning, Phil Fontaine, three-time National Chief of the Assembly of First Nations, will speak to the importance of recognition as part of reconciliation. Later that afternoon, University of Victoria professor emerita Lorna Williams will speak about finding ways to rebuild and reconcile Indigenous knowledge and Indigenous wisdom in the academy and in communities. In addition, the entire forum, including the public keynote talks and the discussion panels, will be available as a livestream.

Additional public events on the evening before the forum include a film screening of Angry Inuk in partnership with Edmonton’s Dreamspeakers Festival, a public talk on university-Indigenous research partnerships hosted by UAlberta North, and the book launch event for Living on the Land: Indigenous Women’s Understanding of Place, edited by U of A professors Nathalie Kermoal and Isabel Altamirano-Jiménez.

As the forum approached, Dokis-Jansen shared her hopes for the impact of the event on the future of the relationship between Indigenous and non-Indigenous people in Canada’s post-secondary institutions.

“As we prepare for these proceedings I am hopeful that we have created a safe and supportive environment to have some very difficult conversations and to also imagine a future where they will no longer be necessary.”

The next step in building reconciliation
Newsroom