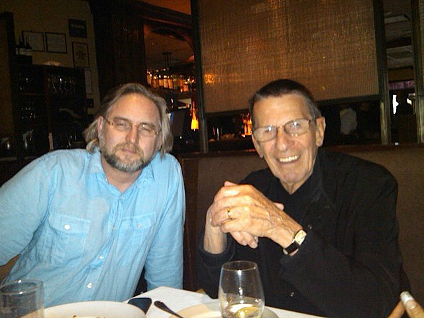 The Nimoy I knew 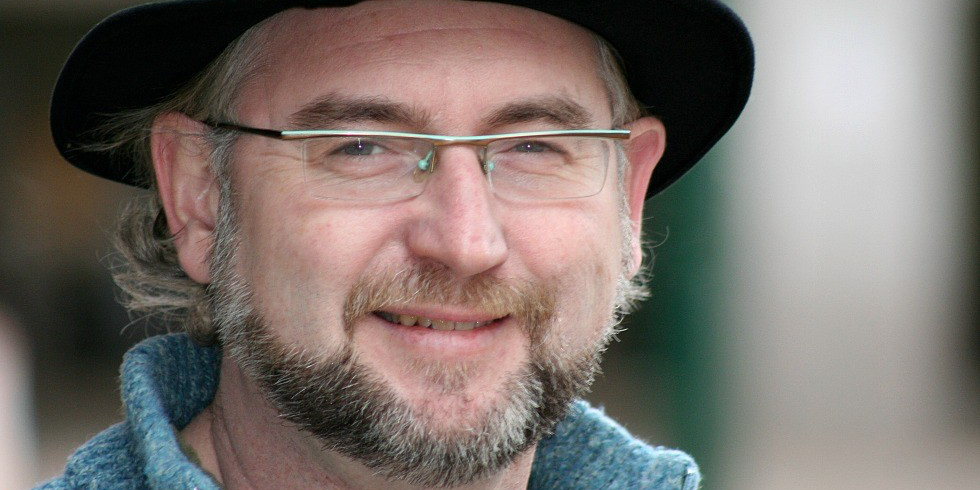 (Edmonton) A “kind and gentle man,” a humble celebrity and “brilliant visual artist” is how Vern Thiessen remembers Leonard Nimoy, who died Friday at the age of 83. The actor who played Star Trek’s iconic uber-rational character Spock was also an enthusiastic patron of the arts, which included championing Thiessen’s considerable talent as a playwright.

“He taught me about being grateful,” said Thiessen, whose play, Shakespeare’s Will, was produced by Nimoy in Los Angeles in 2009. “I asked him once about how he dealt with all this incredible success he had in his life, and he said, ‘You know what? I never asked for it. I was just grateful that I got it.’

“I just loved that part of him. He did not behave like a star—he played things down. We’d just go for walks in Central Park. He was just a mensch.”

Thiessen has written a series of hit plays since receiving an MFA from the University of Alberta in 1992. Among numerous awards, he won the Governor General’s Award for English-language drama for his 2003 play Einstein’s Gift, and was a finalist for the award in 2011 for Lenin’s Embalmers. Two of his plays, Shakespeare’s Will and Apple, have each had more than 60 productions worldwide. After a seven-year stint in New York, Thiessen returned to Edmonton last year to serve as director of Workshop West Playwrights’ Theatre.

One summer while working in Europe, Thiessen recalls getting a call "out of the blue" from Nimoy, who was planning to mount the American premiere of Shakespeare’s Will within a couple of weeks, with his wife, Susan Bay, directing. The play, which premiered at Edmonton’s Citadel Theatre in 2005, is a one-woman monodrama focused on Anne Hathaway on the day of her husband William Shakespeare's funeral.

He had heard the couple were interested in the play but didn’t really give it much thought. “I had known that they were involved, but you never really know what that means. Were they backing it? For a day, a week—it wasn’t even on my radar. If I had a nickel for every time someone said they were going to produce my play and didn’t…”

But Nimoy’s interest was for real. They fell in love with it after an actress friend gave them a copy of the play, deciding immediately to produce it singlehandedly. Nimoy asked Thiessen to fly from Europe to Los Angeles for opening night.

“I actually debated not going for a while,” he says, “but I’m glad I did. It was a great production.”

The relationship didn’t end there. The couple commissioned Thiessen to write a play that Nimoy would produce and Bay would direct, which led to a long-term creative collaboration and cherished friendship.

“Leonard really believed in me as an artist and as a writer,” said Thiessen, adding that he saw Nimoy and Bay many times at their home in Los Angeles over about two years while fleshing out the new play. They also lent him their home in Lake Tahoe and their apartment in New York to write.

Readings of the play were held in Los Angeles and New York, but unfortunately a full production never came to fruition. The couple did, however, arrange for an American Broadway producer to option Shakespeare’s Will, who sought big stars to consider a lead role.

“They really lobbied for the play and got it into the hands of actors like Glenn Close and Laura Linney, people I never would have had access to.” It didn’t work out, he says, “but these things happen all the time.”

“I felt we had not only a good working relationship, but also a good friendship. I was, of course, a huge Star Trek fan, but as soon as you get to know him, that vanishes. I just got to know a man who was very generous and kind, very funny, and in my mind a brilliant visual artist.

“Star Trek took up such a little part of his life—most of his time over the past 20 years had been spent creating art.” In addition to acting, Nimoy was an accomplished film director and photographer.

“But my heart breaks for Susan,” said Thiessen after hearing of Nimoy’s death. “They were so close—a lovely, beautiful couple. They really loved each other, had fun together and were really fun to hang out with.”

The Nimoy I knew
Newsroom