If [Michael Jordan] can fail, if he can make mistakes, then surely the rest of us should allow ourselves to have that luxury as well. 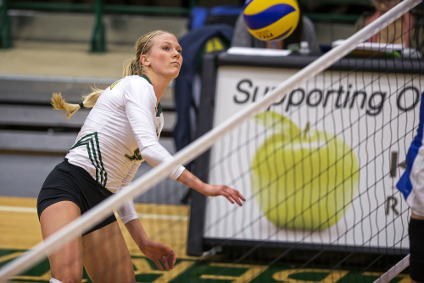 In a study that included Pandas volleyball players, John Dunn found that slumping players prone to unhealthy perfectionism were more likely to try forgetting that the adversity was even happening, rather than facing the problem.

The science of failure

From Michael Jordan to the beer-league ballplayer, research shows that athletes who accept loss are best prepared to win. 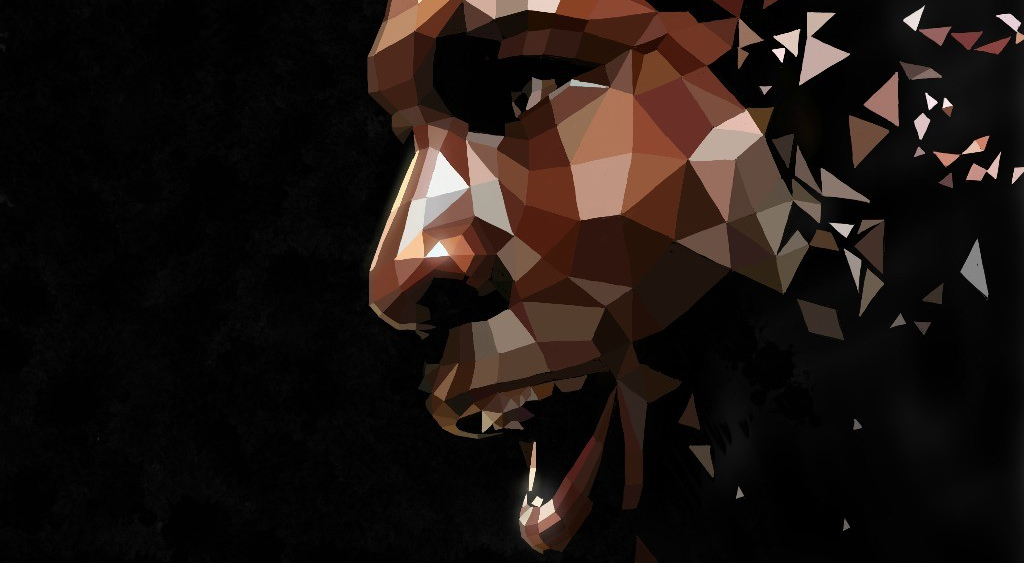 Think like Mike? As sport reaches its physical limits, researchers and coaches are looking to the mental game to gain even the smallest edge. (Image: Paul Vera-Broadbent, Flickr, CC BY-NC-ND 2.0)

In 1997, Nike unveiled a marketing campaign depicting its top asset—the world’s biggest sporting star at the time, and perhaps ever—as a failure, or at least as having failed on numerous occasions.

The athlete was Michael Jordan, who was in the midst of his second three-peat as NBA champion and had by then become the most recognizable personality on the planet.

The ad rejected the time-honoured athletic marketing ideal of perfectionism, while dusting off the tried-and-true “if at first you don’t succeed” adage.

“I’ve missed more than 9,000 shots in my career,” Jordan’s voice intones over a spartan visual that simply follows the NBA superstar from a limousine to a stadium player’s entrance. “I’ve lost almost 300 games. Twenty-six times I’ve been trusted to take the game-winning shot … and missed. I’ve failed over and over and over again in my life.

“And that is why I succeed.”

Undoubtedly, the failure campaign helped Nike sell untold boxes of Air Jordans and maybe even helped swing the narrative of athletic endorsement from the cult-of-personality hero worship of ‘80s and early ‘90s marketing to the gym-heavy, put-in-the-work power drink ads of today.

The ad also inspired one University of Alberta researcher to explore the construct of perfectionism and how athletes strive toward the high personal standards they set.

The downside of perfection

“Would you not agree that Michael Jordan is the best basketball player who has ever walked the face of the Earth?” suggests U of A sport psychology researcher John Dunn. “So if he can fail, if he can make mistakes, then surely the rest of us should allow ourselves to have that luxury as well.”

With the margin of victory in high-performance sports now measured in thousandths of a second or millimetres, and athletes and coaches in search of even the smallest advantage, the U of A’s work in giving athletes a mental edge has never been more important.

Dunn, whose research focuses on how athletes react to the high standards they set, says there are those who can accept that mistakes are part of improving their performance. Then there are those for whom failure is not an option, which can be ruinous.

Dunn has found that the litany of reactions to failure that unhealthy (or maladaptive) perfectionists experience include worry, rumination, anger, pessimism and dejection. Healthy (or adaptive) perfectionists, on the other hand, are more optimistic, have higher levels of confidence when they fail, worry less, ruminate less and have more flexible responses to adversity.

“Athletes who think failure is not an option will eventually experience some form of emotional burnout, or put incredible levels of pressure on themselves by creating an unattainable standard of perfection and are emotionally exhausted all the time because nothing they do is ever good enough.”

In a study that included U of A female varsity volleyball players, Dunn also looked at coping in the context of a performance slump. He found that, whereas adaptive perfectionists were more inclined to use problem-focused coping during the slump, maladaptive perfectionists were more likely to engage in behavioural disengagement—actually trying to forget that the adversity they were facing was even happening.

“That does almost nothing to deal with the problem at hand and leads to a number of unhealthy responses.”

Dunn notes that much of the bad form of perfectionism comes from growing up in an environment in which love was conditional upon meeting parents’ standards. In his work, Dunn educates parents and coaches to reinforce effort and personal development as opposed to meeting the personal standards of someone else.

“You can have your standards, but as a coach or parent, if you refuse to give that pat on the back when somebody doesn’t reach the standard that you set, you are creating the sense of conditional reinforcement that in the long term creates stress and that sense of failure for the athlete.”

As for athletes, Dunn says the main message is to be kind to yourself and accept that mistakes and adversity are a natural part of the performance process.

“Athletes need to convince themselves that they have failed only if they failed to learn.”

Instilling athletes with the tools to cope with setbacks is the domain of another U of A sport psychology researcher, Amber Mosewich, who has found that one way for athletes to effectively combat their harshest critics—themselves—is with compassion.

Part of the work, says Mosewich, is to dispel the misconception that self-compassion in an athlete leads to complacency.

“In fact, the research suggests that individuals who are high in self-compassion take more personal responsibility for a mistake, and have higher personal initiative. When people are not afraid of the harsh criticism that can come with a mistake, they are more likely to see the situation clearly, and their perception of the situation is actually more accurate. They don’t ignore a mistake or dwell on it; they decide what needs to be done and move forward with a better focus.”

"In the end, we want our thoughts to be working for us, not against us",says Amber Mosewich

Mosewich and her colleagues found that athletes often feel they have to be hard on themselves to get an edge. However, she says there is a difference between evaluating to learn from a mistake, and beating yourself down and diminishing your confidence and focus as a result.

In response to this finding, Mosewich helped design an intervention to teach athletes skills that would promote a self-compassionate mindset when they were dealing with a difficult event, like suffering an injury or being cut from a team.

“We found that promoting a self-compassionate frame of mind led to decreases in self-criticism, rumination and excessive concern over mistakes.”

Mosewich says she is now working to refine the intervention and look at other skills and resources these athletes might need to perform at their best.

“In the end, we want our thoughts to be working for us, not against us.”

Coaching the mind in the “docile body” 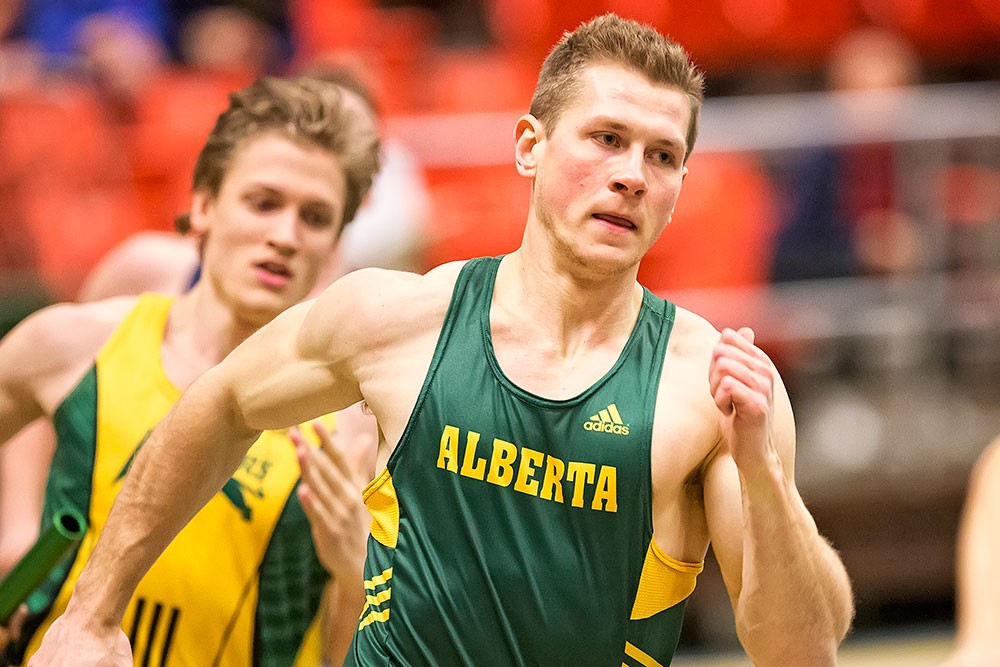 Coaching athletes to think and adapt in the heat of competition may help them perform better, says sport sociologist Jim Denison.

Coaching athletes to think and adapt in the heat of competition may help them perform better, says sport sociologist Jim Denison.

While Mosewich and Dunn want athletes to fail better, Jim Denison, a sport sociologist and coach developer in the Faculty of Physical Education and Recreation, is interested in the small paradoxes and contradictions concerning coaches’ practices that, though well intended, might be undermining athletes’ performance.

For his work, Denison employed the theories of the 20th-century French philosopher Michel Foucault, applying Foucault’s reasoning to the idea that a number of “normal” and everyday coaching practices can discipline athletes and easily make them into “docile bodies”—a state whereby athletes can become unthinking, overly compliant and disengaged from their bodies.

“Coaches want athletes that are resilient. Great, so do we, but we tell them for that to happen you need to reduce a lot of your control,” says Jim Denison.

Besides guiding the U of A’s master of coaching program, Denison and his graduate students have conducted research with some of the world’s most decorated endurance running coaches. They used Foucault’s thoughts as the theoretical rationale for their premise that docility could be a problem that undermines performance by affecting an athlete’s ability to think, respond and take charge.

To avoid the rut that comes from training repetition and to focus more on in-game decision-making, Denison encourages coaches to loosen up the reins, put down the stopwatches and training schedules, and create a culture that enables athletes to take a bit more control over what they do.

“Coaches want athletes that are resilient. Great, so do we, but we tell them for that to happen you need to reduce a lot of your control,” he said. “I believe this work engenders new conversations between coaches and athletes, so the athlete has to start thinking, what is pain? What is exhaustion? When am I too tired? Who is to say that, if I’m in fifth place with 200 metres to go, I can’t find some sprint and win the race?”

The science of failure