“They pose the most serious existential threat to ... Nigeria since the civil war of 1967-70."

The scourge of Boko Haram is far from over

The terrorist group may seem to be in retreat locally, but the threat could still spill beyond Nigeria’s borders. 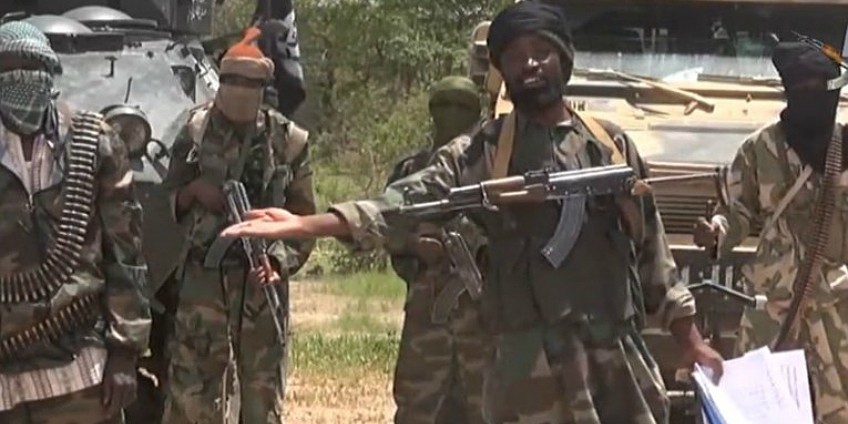 Boko Haram may be on the retreat, but it remains an unpredictable threat in Nigeria and potentially beyond, says a UAlberta sociologist. (Image: still from video by Boko Haram)

It was once declared the world’s deadliest terrorist organization, deploying hundreds of young women and children as suicide bombers. In 2014 there was global outrage when its militants kidnapped 276 schoolgirls from the small Nigerian town of Chibok.

Boko Haram has killed tens of thousands and displaced 2.3 million people from their homes since 2009. By 2014 it controlled 50,000 square kilometres of territory, and was responsible that year for more deaths than ISIS.

Since then, however, Boko Haram—whose name roughly translates to “Western education is a sin”—appears to be losing ground, forced to retreat from land once claimed as “caliphate” to its base in the northeast.

In conventional military terms, it might appear their days are numbered. But to underestimate the power and influence of Boko Haram would be a huge mistake, said University of Alberta sociologist Temitope Oriola, now finishing a book on the jihadist militants.

"The threat is an unimaginable one,” he said. “They pose, quite literally, the most serious existential threat to the corporate existence of the federal republic of Nigeria since the civil war of 1967-70."

Although Boko Haram has lost significant territory, reduced now to “hit-and-run, guerilla tactics,” said Oriola, they have in one sense become more lethal. Their movements are more fluid and unpredictable, and they can emerge anywhere: “Suicide bombings are much more difficult to confront."

It’s not as if Oriola is prone to alarm. Raised and educated as an undergraduate in Nigeria, he once argued that Boko Haram’s threat shouldn’t be taken too seriously—it was a fringe movement that would soon die out.

"I was convinced of that at the time,” he said. In the years following its founding in 2002, “It was contained in the northeast, in just one state. We had such confidence in our military, which was for all intents and purposes very well decorated, demonstrating again and again that they were quite capable.”

But by 2011, the suicide bombings started and that changed everything, he said.

“I thought, 'OK, this is new—this is different.' That's when I started paying attention. The idea of individuals strapping bombs to themselves was anathema to the value system in that part of the country. It was staggering that it could happen."

More often than not, those bombers were young females, used to inflict casualties on soft targets such as markets, bus stations, soccer viewing spaces and worship centres.

Of the 434 bombers the group deployed between April 2011 and June 2017, 244 have been identified as female, said Oriola, and three-quarters of them were either women or children. The youngest ever deployed was believed to be seven years old.

“Such has been the level of systematic rape that the United Nations Population Fund helped with the deliveries of 16,000 babies within one year (2014–15) in Boko Haram-ravaged northeastern Nigeria.”

Though the very idea of suicide bombers may shock many Nigerians, treating women as property to serve the needs of men does not, said Oriola. One reason recruitment is so successful is that the group’s ideology is rooted in widespread and systemic misogyny.

“Boko Haram’s sexual violence against women is articulated as a reflection and extension of mundane gender-based violence all too common in society,” he wrote in a 2016 study.

“Its ‘conversion potential’ is evidenced in how it uses prevailing cultural practices in Nigeria in its war against women…. Insurgents who are marrying off prepubescent girls are not doing anything that the local population is not already familiar with. Such arranged and forced marriages are routine.”

Poverty and the ‘carousel of injustice’

In addition to gender inequality, severe poverty also accounts for Boko Haram’s appeal to new recruits. In the northeast especially, 73 per cent of Nigeria’s population live below the poverty line, compared with 26 per cent in the south, said Oriola.

Not surprisingly, new members are drawn from the lowest rungs of Nigerian society, persuaded to fight against what they see as social injustice, government corruption and perceived western cultural domination.

"There are structural factors that contribute to the carousel of injustice in the Nigerian system, and unless that is addressed, the next set of Boko Haram operatives—who are being trained as we speak—will emerge," he said.

What worries Oriola now is the spread of Boko Haram beyond the borders of Nigeria. Though it might not have the sophistication or support to “go global” as ISIS has done, it has strong ties to ISIS and could easily spread beyond the Chad Basin, which straddles northeastern Nigeria, northern Cameroon, southern Niger and western Chad.

So far the international community has offered little by way of concrete support, he said, refusing even to sell the Nigerian government weapons until recently.

"There is a sense that the problem is contained within this region, so (the international community) doesn’t need to bother about it too much. There are a number of serious crises elsewhere in the world, and countries have their priorities."

But the West ignores Boko Haram at its own peril, said Oriola. “Its ties to ISIS in particular should be a source of concern to everyone everywhere.”

The scourge of Boko Haram is far from over