The show WILL go on 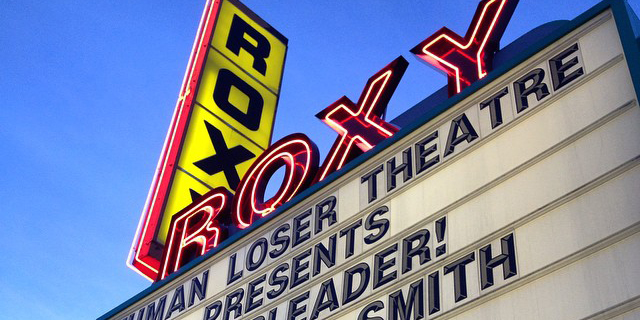 In the wake of a devastating fire that brought Edmonton’s historic Roxy Theatre to its knees, the UAlberta Arts community is coming together to show their support for those affected.

The beloved theatre went up in flames early Tuesday morning and by the afternoon it was clear nothing could be saved.

But before the fire was fully out, Edmonton’s tight-knit theatre community had stepped up with financial and moral support —including dozens of UAlberta Faculty of Arts students, staff and grads.

“Our hearts bleed for them. This is a great loss for the city and for the U of A,” said Department of Drama Chair, Kathleen Weiss. “It’s impossible to express how important this theatre was to the U of A in terms of emerging and independent artists.”

More tragic than the loss of the building itself has been the displacement of Theatre Network — the company that owned and operated the Roxy since 1989  — and of Cheerleader, the show that was to open Thursday, Jan. 14.

“It’s devastating for them, as it is for all of us,” said Maggie Baird (`12 BFA), Theatre Network Associate Producer and Festival Manager for Nextfest. “There are no words. We’re all grieving.”

Along with their venue, Carew’s production lost its costumes and set in the blaze.

“We were so close to opening night and then you wake up at 6:30 am and find out it’s all been destroyed, the show doesn’t exist anymore,” said Carew.

Fortunately, the University of Alberta’s Department of Drama officials had an idea for a way the show could go on: in the form of a script reading.

“We wanted to offer support, so we have donated time at the TIMMS Centre to do a reading of the play,” said Weiss, adding the theatre is too booked up to offer more.

The reading is set for this Sunday, Jan. 18 at 8 p.m. in the TIMMS theatre. Tickets are $20 and will be available at the door and a donation box will be on site. All proceeds will go to helping the show recover from the fire.

“It’s incredibly generous of the Drama department to give us a venue,” said Carew, who estimates the team will need close to $10,000 to put the show back together. “The proceeds will go directly into rebuilding the set and into renting a new venue.”

Also, Free Will Players, an annual Shakespeare festival that was founded by UAlberta Arts grads, will dedicate a portion of their “Blow the Roof Off” fundraiser to Theatre Network.

Arts grad Cayley Thomas (`13 BFA) will headline the benefit concert, set for Saturday, Jan. 17, at 7 p.m. at C103 (formerly Catalyst Theatre). Proceeds will be split between Free Will Players — who lost their venue last year due to damage to the canopy of the tent in Hawrelak Park— and Theatre Network.

The show WILL go on
Newsroom