I couldn't have had a greater life in science. 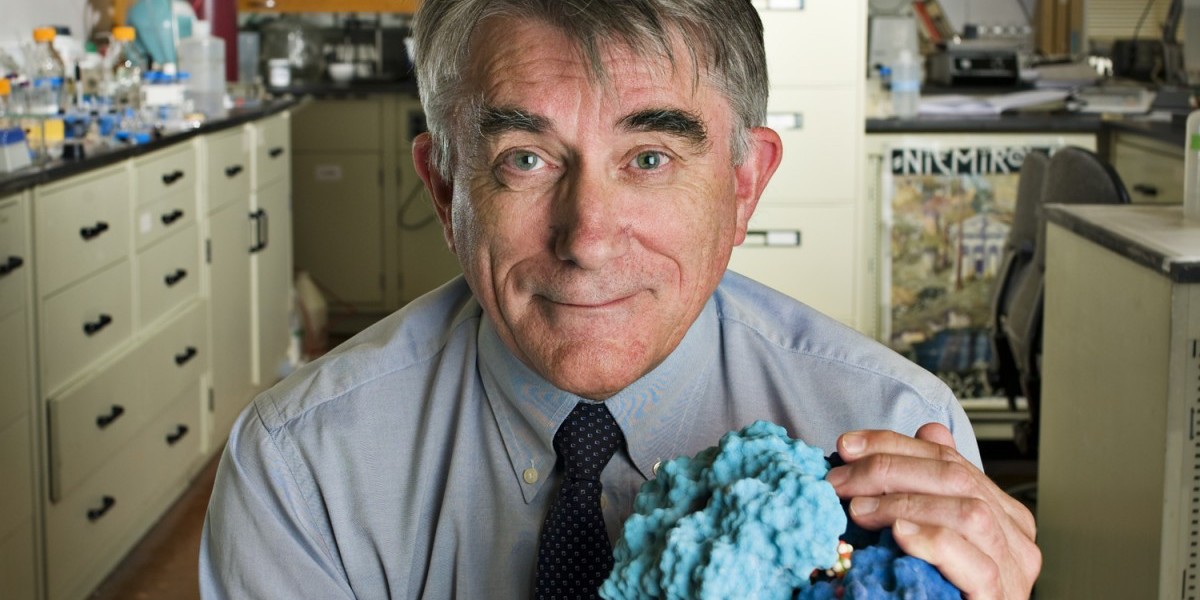 David Bundle will be honoured at a symposium July 16 and 17 for his achievements as one of the world's foremost authorities in carbohydrate chemistry.

(Edmonton) When asked about his proudest career accomplishments, David Bundle lights up with an obvious joy that is as much about the achievements of others as it is about his own.

“I’ve enjoyed the successes I have thanks to good colleagues and research group members,” he says. “I feel sort of like I’m conducting an orchestra.”

Bundle first came to Canada from England in the fall of 1971 to work at the National Research Council in Ottawa as a post-doctoral fellow with Harold Jennings. “We had a number of breakthroughs,” says Bundle. “It was a very exciting and very productive time.” Bundle worked with Jennings to help launch Jennings’ early work on meningococcal vaccines.

Bundle then came to the University of Alberta in the early 1970s as a post-doctoral fellow under Professor Raymond “Sugar Ray” Lemieux—the pioneer of numerous discoveries including the synthesis of sucrose. While Bundle was teaching immunochemistry, he collaborated with Lemieux on a landmark paper dealing with the first chemical synthesis of blood group antigens. “He would tell everybody he met, ‘Oh, I’ve got this great guy Bundle working for me.’ Really I hadn’t done that much,” chuckles Bundle, “but I enabled techniques and new know-how with which he was unfamiliar, simply because I was more familiar with the area of immunochemistry.”

Following his two year post-doc, Bundle returned to the NRC in Ottawa. “I was able to take the things I’d learned here at the U of A with Professor Lemieux and develop my own research program, which was quite successful.” So successful, in fact, that Bundle was honoured in 1988 with the Roy Whistler Award, the top international award in carbohydrate chemistry. “The work that I did at the NRC culminated in a number of papers including one in Science on the first crystal structure of an antibody complex with carbohydrate antigens,” says Bundle.

Returning to “the best chemistry department in Canada”

In 1993, Bundle was invited back to the U of A, where he has remained ever since. “The U of A has arguably the best chemistry department in Canada,” says Bundle. “It is certainly one of the best equipped and operated in terms of infrastructure.”

At the U of A, Bundle has continued to enjoy numerous successes including work with his own post-doc, Pavel Kitov, on the E. coli toxin, resulting in a paper in Nature. That, along with innumerable other publications, ensures Bundle’s lasting legacy as one of the foremost authorities in carbohydrate chemistry.

Bundle also founded the Alberta Glycomics Centre in 2002, where he recruited Todd Lowary, a U of A chemist who had previously completed a post-doctoral fellowship with Bundle. “Todd has been so wildly successful,” says Bundle. “It has been a real pleasure to see.” Lowary eventually took over from Bundle as director of the Alberta Glycomics Centre before starting the Canadian Glycomics Network, GlycoNet, in early 2015, a new research network devoted to driving and maintaining Canada’s status as the international leader in glycomics research.

Though officially retired as of January 2015, Bundle still continues to work with his research group, currently investigating two main projects. “We’re working on a new diagnostic for Brucella abortus,” he says of the disease that causes abortions in cows, sheep, and goats. “It’s a serious disease in countries where people live in close proximity to their animals, because humans can contract it as well. “Our goal is to develop an antigen which can be easily made commercially.”

Bundle and his research group are also studying infections caused by the fungus Candida albicans and have licensed a patent for their discoveries. “The work has been very stimulating.

“I couldn’t have had a greater life in science.”

Professor David R. Bundle received his BSc in chemistry from Nottingham University (UK) and his PhD in microbiological chemistry at the University of Newcastle (UK). He spent the first part of his career at the National Research Council in Ottawa, Canada, where he served as group leader and later head of the immunochemistry section. He joined the Department of Chemistry at the University of Alberta in 1993, where he founded the Alberta Ingenuity Centre for Carbohydrate Science (now the Alberta Glycomics Centre), serving as its director from 2002 to 2011. Professor Bundle is a fellow of the Royal Society of Canada and has received many prestigious awards over the course of his career for his contributions to carbohydrate chemistry. Once Bundle and his research group wrap up their work on Brucella abortus and Candida albicans, he plans to devote more time to travelling the world and discovering new interests.

The celebrated carbohydrate chemist will be honoured at a symposium on July 16 and 17 at the U of A, featuring colleagues and speakers from around the world.