Free trade, pipelines, wildfires and the “Laurel or Yanny” debate figured prominently as U of A experts weighed in on the issues this year. 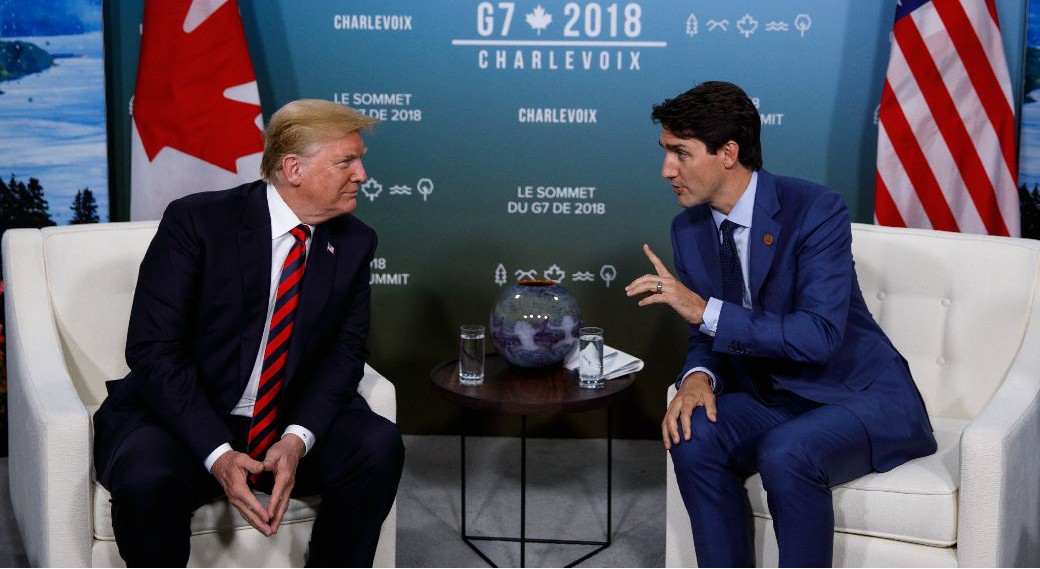 Prime Minister Justin Trudeau and U.S. President Donald Trump were the subjects of some of the most widely read opinion editorials by U of A commentators in 2018. (Photo: Adam Scotti, PMO)

1. COMMENTARY || Should Canada give up on NAFTA? Yes.

Five months before Canada signed on to the overhauled free-trade pact in November, political economist Gordon Laxer argued that walking away from the flawed agreement would allow Canada to pursue a low-carbon future free of U.S. entanglements.

Post-doctoral researcher Robin Willey sounded the alarm on a U.S.-based sect attempting to gain Indigenous followers in Canada by using the language of reconciliation as a recruitment tool.

3. COMMENTARY || There are parts of Canada's national interest that Trudeau didn't talk about

Political scientist Laurie Adkin asserted the conflict over constitutional or economic crises touted by Trans Mountain pipeline proponents revealed a deeper issue: a failure by Prime Minister Justin Trudeau to “grasp both the nature of Indigenous movements in this country today as well as the depth of the climate change crisis.”

4. Why Edmonton’s ‘accidental beach’ should be a deliberate feature

Preserving the popular sandbar that popped up during bridge construction in 2017 would give Edmonton a fantastic river-valley amenity, said urban sociologist Rob Shields. “For families, it’s bigger than having a new arena.”

5. Was John Lennon’s “Imagine” inspired by an Alberta Cree grandmother?

Historian and Native studies professor Sarah Carter delved into the details surrounding a 1969 phone conversation between the legendary Beatle and a 26-year-old Cree activist named Lillian Shirt to see whether she may have partly inspired one of his most iconic songs.

6. COMMENTARY || Wildfires will only get worse unless we learn how to live with them

Attacking the B.C. government in the name of getting a pipeline built is an ill-fated strategy to solve Alberta’s revenue and employment woes, argued political scientist Laurie Adkin. “Even if Alberta ‘wins’ this battle, it will soon meet irresistible forces of global change.”

8. Why you hear Laurel or Yanny

U of A linguists analyzed the contentious sound clip that made the internet rounds back in May, and explained why it sounds so different to so many of us.

Psychiatry professor Peter Silverstone argued that armchair diagnoses of the U.S. president are an unhelpful distraction from a real issue people should be focusing on: why bad people so often end up in positions of power.

10. COMMENTARY || Courts will look to strike the right balance between unity and diversity in constitutional challenges