U of A researchers made promising inroads against cancer and MS, unearthed new insights into climate change and shed light on mysteries from ancient history to the far reaches of the universe. 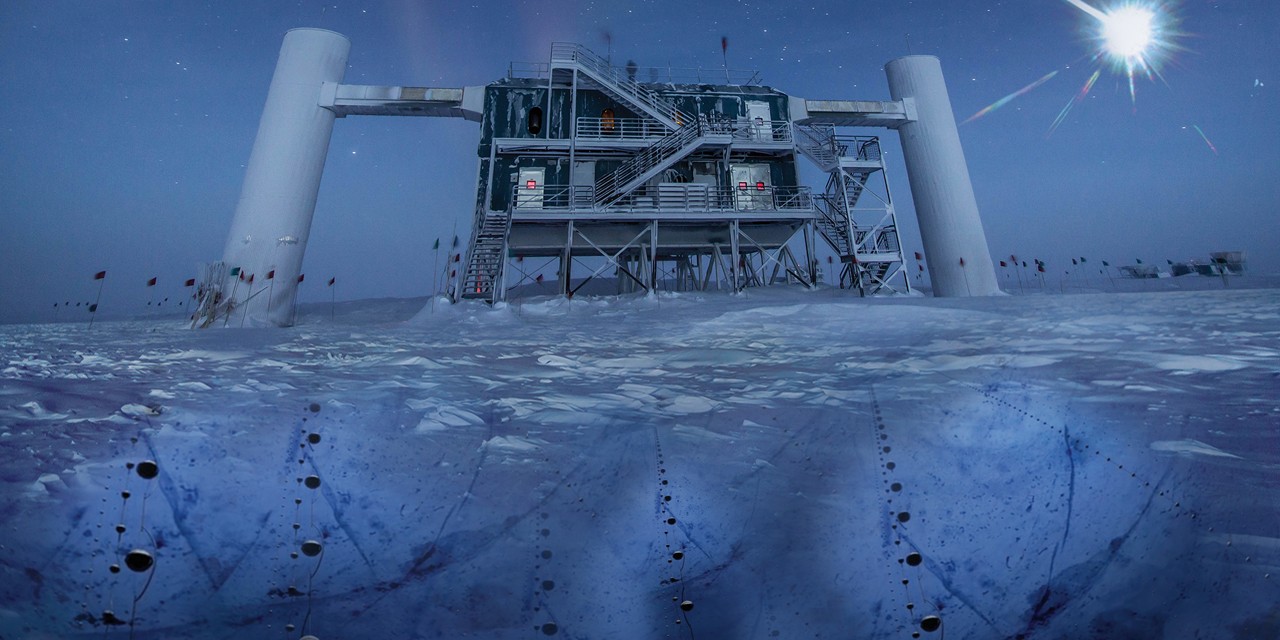 In one of this year’s most significant discoveries, scientists detected neutrinos at an observatory near the South Pole and traced them back to their source—a galaxy four billion light-years away. (Image: IceCube/NSF)

In a remote lake on Ellesmere Island in Canada’s North, scientists were surprised to discover how quickly climate change was affecting the entire ecosystem.

By pinpointing 11 genes implicated in metastasis—the insidious spread that kills 90 per cent of all patients who have cancer—”we have discovered 11 new ways to potentially end metastasis,” said oncologist John Lewis.

4. How to tell if someone likes you

The signals we send when we like someone are similar across cultures and aren't limited to romantic attraction, according to this study that identified some of the strongest indicators of attraction.

5. Using AI to uncover the mystery of an ancient manuscript

Using artificial intelligence designed to help computers make sense of human language, researchers took a crack at decoding the opening sentence of a cryptic 15th-century text whose meaning has eluded historians and codebreakers since it was discovered.

An international team led by U of A cancer researcher Michael Overduin discovered a protein linked with the out-of-control growth of cancer cells—a discovery that could eventually lead to new drugs to block the progression of cancers that lack effective treatments.

For the first time ever, astrophysicists traced a burst of the mystifying subatomic particles known as neutrinos back to their source—a giant galaxy four billion light-years from Earth.

8. U of A researchers identify possible new pathway to treat anxiety

Focusing on the stress hormones that control our “fight-or-flight” response to threats, pharmacology researchers found a pathway in the brain that may be a good target for new drugs to reduce symptoms of anxiety.

Dating back a mere 527 million years, the most recent formation of banded iron ever discovered could shift the timetable on when complex life evolved on Earth, according to this study by U of A geologists.

While examining human brain tissues, researchers discovered unusually high levels of a protein called calnexin in people who had multiple sclerosis—a finding that could lead to new ways of treating the debilitating disease that affects one in 340 Canadians.