U of A students made the grade this year with literary genius, entrepreneurial savvy, impassioned activism, inspiring resilience and more. 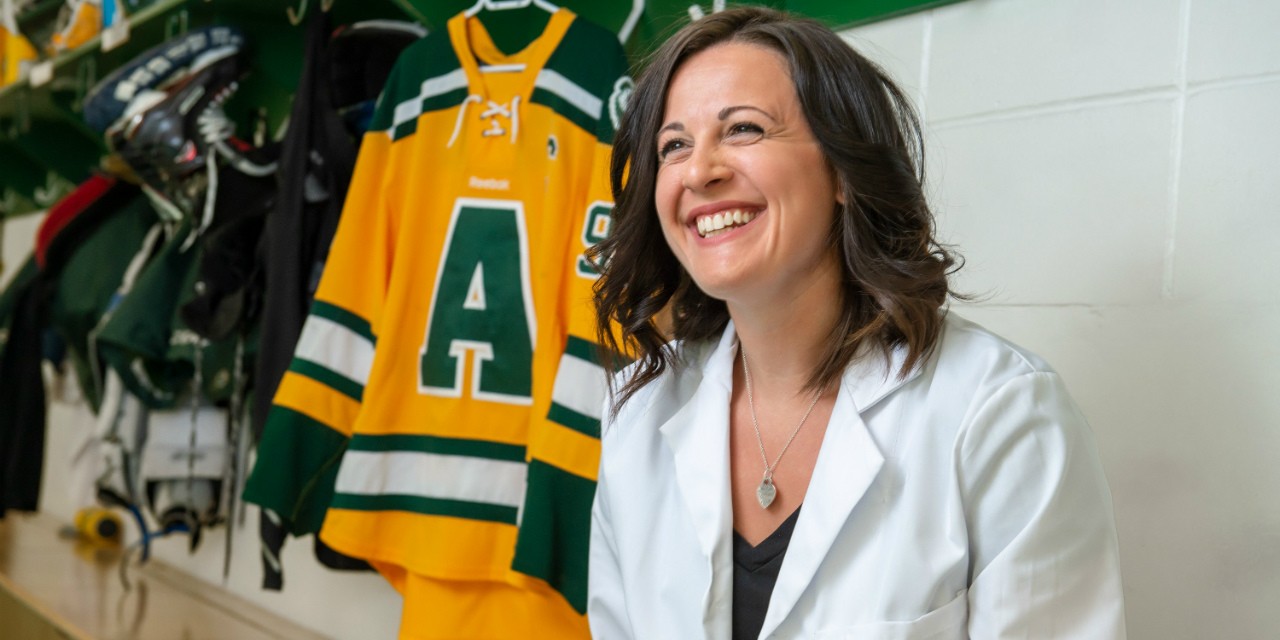 One of CBC’s best poetry books of 2017 and a stint on the faculty at the Banff Centre were just two of PhD student Billy-Ray Belcourt’s accomplishments early in the year—and that was before he won Canada’s top prize in poetry.

2. First Indigenous woman to graduate with PhD in engineering from U of A finds true calling

After a couple of career detours, Chelsea Benally fulfilled a dream she had since Grade 7 to use science in the service of nature. “I wish I wasn't the first Indigenous female to graduate with a PhD in engineering from the U of A,” said the oilsands remediation researcher who graduated in November. “I wish there were many before, and I hope there are going to be many, many after.”

3. How one student found the will to persevere in the face of overwhelming loss

Kayla Leugner-Lavallee was used to challenges as a dentistry student and captain of the Pandas hockey team. But after suffering a profound loss, she needed to rely on friends, classmates, teammates and her own indomitable spirit to make it to graduation in June.

4. U of A startup takes courageous step in face of tough business moment

When MBA student Luke Butterworth and his fellow founders of Trioova, a health-care startup, were faced with making a do-or-die “business pivot”—changing their entire company concept to find a new market—they rose to the challenge, acted quickly and came away with no regrets.

5. How a master’s student became an influential voice on Indigenous issues through social media

For Chelsea Vowel, speaking out against racism online struck a chord that marked the beginning of her ascent as a blogger, podcaster, author and Twitter influencer with more than 25,000 followers.

6. How this graduate landed a dream job two months out of pharmacology

Stephanie Lunn was tired of hearing people say, "It'll happen" when it came to getting a job out of grad school. But then, it happened: just two months after earning her PhD in pharmacology, she landed a dream job as a research specialist with Aurora Cannabis.

William Schultz was a 20-year-old corrections officer the first time he saw someone overdose on fentanyl. Now a graduate student at the U of A, Schultz visits Western Canadian prisons to interview inmates and officers about life in jail, hoping to gain insights into the opioid crisis that is making overdoses in prison all too common.

When Kory Mathewson began his PhD in computing science, he didn’t think he’d end up doing improv on stage with a robot but that’s exactly what happened. Find out how Mathewson brought his scientific and comedic talents to two shows at this year’s Edmonton Fringe Festival.

9. How one U of A entrepreneur found the sweet spot for a flexible part-time business

Find out how mechanical engineering student Steven Chen and his partners found a recipe for a thriving business that still allowed time for studying.

“This is where I need to be,” said former corrections officer and new nursing graduate Michelle Parsons, who wants to return to work in the correctional system to help women gain better access to reproductive health care.