The two faces of Derek Walcott

The only Nobel Laureate ever on faculty at UAlberta could inspire and rebuke with equal flair, pushing students to their creative best. 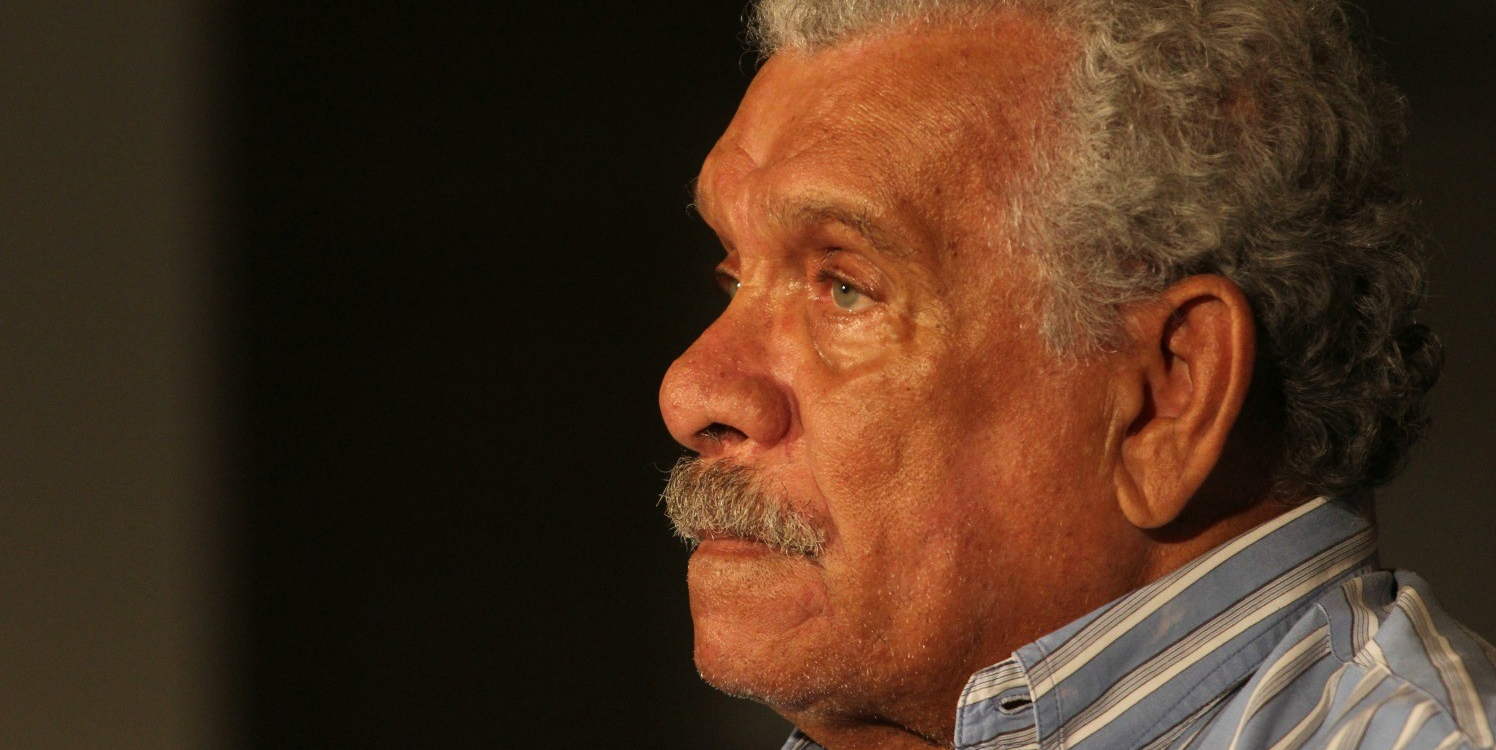 Derek Walcott was a visiting professor and Distinguished Scholar in Residence at UAlberta between 2007 and 2012. (Photo: Jorge Mejía Peralta via Flickr, CC BY 2.0)

There were at least two sides to Derek Walcott, the great Nobel Prize-winning poet who died last month at the age of 87.

To get a true sense of the man and the mentor—especially during the time he was a visiting professor and Distinguished Scholar in Residence at the University of Alberta between 2007 and 2012—it really depends on who you ask.

Certainly his status in the pantheon of literary giants is unassailable. As all the best writers do, he imbued his small home island of St. Lucia with universal import, rising to international fame with works like Omeros, a lyrical retelling of Homer’s Iliad set in the Caribbean.

Through the power of poetry, he showed that “the villages of St. Lucia were as significant to global culture as anywhere else," said political science professor Malinda Smith, who secured and co-ordinated his stay at the U of A as part of its Caribbean and African Diasporic Initiative. Walcott also wrote more than 80 plays exploring problems of politics and post-colonialism in the West Indies.

In the classroom, he refused to accept anything less than that same extraordinary level of drive and commitment. Walcott remains the only Nobel Laureate ever to have taught at the U of A, mentoring students of drama and English in a style that was unapologetically direct.

"He was the kind of person who shakes you up, which is very different from my approach to things,” said Bert Almon, poet and English professor emeritus, who co-taught a poetry master class with Walcott.

“He was immensely demanding and wanted the highest possible standards … an absolutely brilliant mind who would tell you the truth about things.”

Walcott could in fact be brutally honest in his relentless pursuit of poetic excellence, said Almon. After assessing the first class assignment, Walcott told his students, “You all did it wrong. So my question is, are you ignorant or arrogant?” The students sat stunned, not knowing how to react, said Almon.

On another occasion, Walcott was blunt and dismissive of a poem read aloud in class. “You’ve been reading the Beat Generation,” he said. “I hate that kind of thing. Who’s next?”

Even Walcott’s own partner, Sigrid Nama, had to admit, “Derek can’t schmooze, can’t lie, and has no small talk.”

"This is not the way people ordinarily teach creative writing—it was on a whole different level,” said Almon. “But his absolute frankness was part of his power as a teacher.”

But if you ask Smith, who knew Walcott well both here and at his seaside home in St. Lucia, there was a warmer side to the man. Rather than aloof, it was perhaps more accurate to describe him as shy, she said.

There’s no doubt he lacked patience for small talk, but engage him about the nuances of writing and he couldn’t be more generous. He would even invite students to break bread in his apartment and hosted a group in Castries, St. Lucia, the summer after his final stay in Edmonton.

“If you asked him for feedback on something, he was animated,” said Smith. “Students could have coffee with him and talk about poetry—there were no protocols, no airs, no pretense. He would take everyone's work seriously.”

One Sicilian student took on Walcott during a workshop at International House, said Smith, debating him on matters of translation and pronunciation. It was a tense scenario that could easily have gone sour.

"He went head to head with Derek,” said Smith. “Other great poets might have been put off by that, but it was one of the most memorable and energizing experiences. Afterwards Derek said, 'Wasn't that magical? That student really gave it to me.’

“The synergies were terrific,” said Smith. “He loved students at the U of A because they weren't deferential. They pushed back, and it got his brain cells working. His eyes would twinkle when talking about these experiences.”

For all the intensity of his criticism, Walcott was good for students in the end, said Almon. “He would often turn something mediocre into something outstanding."

One student in his master class, Erika Luckert, said it was Walcott and Almon who inspired her to pursue an MFA in poetry at Columbia University. She now teaches writing at Hunter College on Manhattan’s Upper East Side.

“Derek was undoubtedly intimidating, and to many seemed aloof or detached at first,” said Luckert. “But those like myself, who had the immense privilege of being his students, came to know just how much he cared.

“He had incredible respect for the work of poetry, and for the work we were learning to do. He was a tough teacher because he treated us as professionals and as artists devoted to a vital practice.”

As Almon wrote in his tribute to Walcott in The Walrus, “I have heard writing teachers speak of providing students with ‘a safe place to write.’ Derek Walcott offered students a dangerous place to write, and he taught them to find many voices, especially voices of the past. He was not in the business of signing permission slips.”

For his own part, Walcott saw fruitful creative results from his stay. He wrote much of White Egrets while at the U of A, a collection that won him the T.S. Eliot Prize for poetry in 2011.

"Edmonton was good for the muse,” said Smith. “Derek once said every space helps to conjure up something different.”

Whatever it was that nurtured Walcott’s muse, however, it certainly wasn’t the northern climate.

“He had two phobias—glass elevators and cold,” said Smith. “When he was a child he read a story about the Ice Maiden and had been scared of cold ever since. So he made sure his term here always ended just before the cold hit."

Former students of Walcott's master class will celebrate his life and work Friday, April 7, at 6:30 p.m. at Massawa Cafe in downtown Edmonton. All are welcome. Those who would like to read a favourite Walcott poem are urged to arrive early (6:15pm) to sign up.

The two faces of Derek Walcott