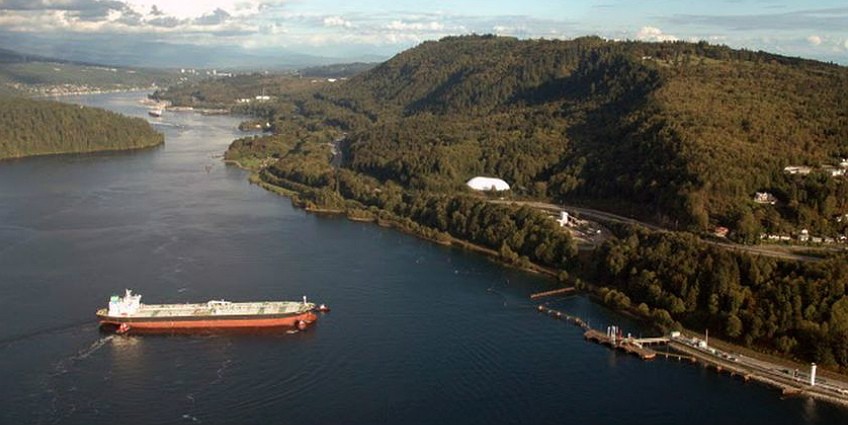 By DAVID SCHINDLER and CRAIG ORR

In this world, nothing is certain but death and taxes. Yet when Benjamin Franklin coined his now-familiar phrase, it’s fairly certain he wasn’t pondering the fate of pipelines and oil spills in British Columbia.

Times change, but Franklin’s insights remain rock solid when it comes to the controversy now raging over expanding Kinder Morgan’s Trans Mountain pipeline. No one seems certain about what would happen to B.C.’s water and other natural resources if a spill occurred.

Consider this “simple” question: Would diluted bitumen—the mix of heavy oil, sand and clay that would be transported through the pipeline—sink or float if spilled? It’d be messy no matter which scenario unfolded, depending on the size, duration and location of the spill. If diluted bitumen floats, it should be easier to recover and a less persistent hazard. But if it sinks, or does a bit of both, the situation becomes more dire. Just ask communities dealing with the ongoing impacts of the 1989 Exxon Valdez spill.

One might hope we were a bit surer about the fate of spilled oil before we dismiss concerns around oil spills in Canada. There’s been no shortage of studies on the subject. And yet even the most recent and rigorous science can’t tell us for certain what would happen if a spill occurred. One mega-analysis of more than 9,000 papers on oil and the environment concluded that not enough is known about the impact oilsands bitumen could have on ocean plants and animals to assess the risks of moving it through marine environments. According to a report on the analysis, “one of the few studies that exist found that bitumen tends to float on sea water until it weathers and churns together with sand, at which point it sinks.” But the scientists of the analysis also note “much publicized research was conducted in a lab, not the ocean.”

But perhaps their most troubling finding was that cumulative effects have been almost completely ignored. Less than one per cent of more than 5,500 studies examined considered the impact of more than one stressor.

As many who live, work and play on the B.C. coast know, these waters already face an increasingly risky and uncertain future. The province’s iconic wild salmon are rarely out of the news with respect to climate change, introduced viruses, parasites, overfishing, habitat loss and other threats. Many of the Fraser River’s once-mighty sockeye populations are now listed as endangered. As Chinook stocks wither, orcas follow suit. Intensified by climate change, droughts, warming waters and water shortages are increasingly common threats. Plastics and other marine pollutants choke marine life and threaten our health. Now add the burden of escaped oil to this list. Can the coast handle such pressure?

In the face of uncertainty and compounding threats, the current concern around nearly tripling Trans Mountain’s carrying capacity isn’t just understandable, it’s necessary. Remember that a similar combination of stressors, exacerbated by political inaction, led to the destruction of cod and Atlantic salmon stocks on the East Coast. While moving Canada’s oil to foreign markets may be in Canada’s national interest, so too is protecting our other resources, communities and environment.

The reality Canadians need to acknowledge—and that Benjamin Franklin unwittingly portended—is that the science will likely never be certain on this issue. No new study will guarantee that a bitumen spill as big as the one that could happen thanks to an expanded Trans Mountain pipeline won’t cause irreversible harm to B.C.’s coast. Canada has committed to taking a precautionary approach to resource management in international treaties. Yet our track record around minimizing harm when the effects of our actions are unknown and potentially catastrophic is hardly exemplary. This is Canada’s opportunity to put our money where our mouth is and prioritize preventing damage before it occurs, and before it’s too late.

David Schindler is Killam Memorial Professor Emeritus at the University of Alberta.

Craig Orr is an ecologist and conservation adviser to various conservation groups and First Nations in B.C. specializing in wild salmon.

This article originally appeared March 14 in the Vancouver Sun.