Then along came a Canadian hockey player . . .

After a lacklustre start, the Russian sitcom has come of age in the former Soviet Union. 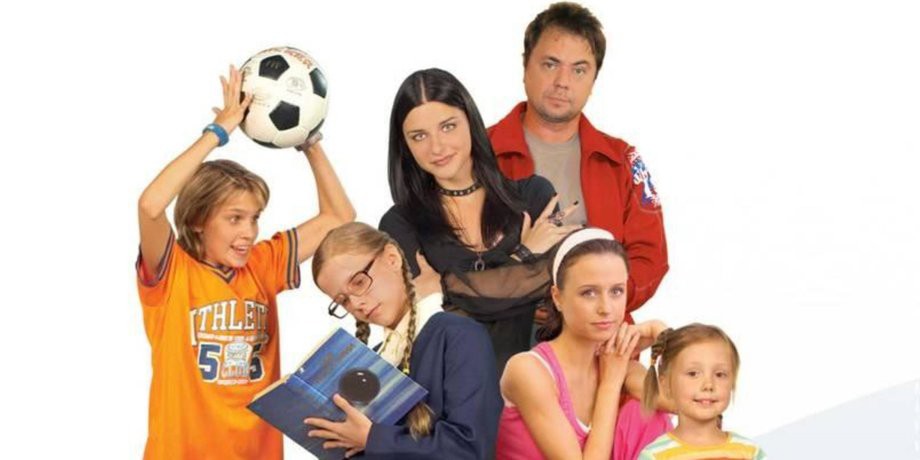 The hit Russian sitcom Daddy’s Girls, which centres around a father’s struggle to hold his family life together after his wife runs off with a Canadian hockey player, churned out 410 episodes between 2007 and 2013 when it ended.

They say dying is easy—comedy is hard. No one knows that better than creators of Russian sitcoms after the collapse of the Soviet Union. Their initial attempts at comic television were utter failures, and voiced-over imports from America—from I Love Lucy to Friends—also failed to hit the mark.

Eventually the Russian sitcom found its feet and enjoyed immense success, even exporting some of its product to the global market. But not before suffering excruciating growing pains.

It’s a transition that fascinates Jeffrey Brassard, who last month defended his PhD on the topic at the University of Alberta and figures he’s the only sociologist in Canada who has examined it closely. Talk about niche expertise.

It all came about quite by accident when Brassard was shopping around for a thesis topic for his master’s in communications. His first degree was in Russian language and literature, so he looked first to that familiar cultural scene, searching through Russian BitTorrent sites to see what was popular on TV.

Most of what he found was appallingly bad: "I used to play a game with myself called ‘count the boom mics,’ because they were everywhere.

“I watched a lot of bad cop shows and then stumbled on a sitcom called Daddy's Girls. For what I was watching at the time, it came as a breath of fresh air. It was funny, well put together, and the characters were relatable.”

A mainly character-driven comedy, Daddy’s Girls features a father, Sergei, living with five daughters in a two-bedroom apartment in Moscow. Much of the humour centres around the father’s struggle to hold his chaotic family life together, a situation underscored by the irony that he is himself a family therapist whose wife has run off with a Canadian hockey player.

“It was great, so I just started looking into Russian sitcoms. Something had changed, and I wanted to know what that was," said Brassard.

Daddy’s Girls was massively popular in Russia, turning out 410 episodes between 2007 and 2013 when it ended. At its peak, a quarter of the country tuned in to the show twice a week—a seismic ratings shift for such fare from only a decade before.

When he took a deeper look, Brassard discovered you could break down the evolution of Russian sitcoms into three phases since 2000: what he calls localization, hybridization and cultural odourlessness. That evolution reflects a longstanding tension in Russian culture.

“It’s a dichotomy that has existed in Russia for 300 years,” said Brassard, “of being passionately nationalistic and believing their culture is the best, but also desperately wanting Western culture and Western things.” Above all is the “aching desire to be recognized by the West as an equal."

After all, Russians have been making great art since Pushkin, Tolstoy, Dostoevsky and Chekov, and they want to prove to the rest of the world they’re still doing it, said Brassard.

The first series that enjoyed noticeable popularity in Russia, My Fair Nanny, is a perfect example of localization. Beginning in 2004 and based on the 1990s American CBS series The Nanny with Fran Drescher, it adhered very closely to the original, switching out the odd cultural reference to resonate more with a Russian audience. In one joke, for example, a reference to Bambi is replaced with mention of a Soviet film that also features the death of an animal.

Daddy’s Girl, which followed a couple of years later, ushered in the age of hybridization, said Brassard, or “the second phase of interaction with the global cultural economy.”

For the most part, the script is original, borrowing only the format from the West. It’s still somewhat unsophisticated and sophomoric by North American standards, “something you would have seen here in the ’70s or early ’80s,” said Brossard (think Who's the Boss or Family Matters). But Russians absolutely adored it. So much so that it fueled another familiar commercial trend in the West, the hawking of merchandise—"everything from notebooks to pots and pans to video games.”

In the third phase of the Russian sitcom—“cultural odourlessness”—scripts are scrubbed of any whiff of Russian setting. The best example is Kitchen, featuring the antics of the kitchen staff in a high-end French restaurant that could be located anywhere. It’s beautifully shot in HD, said Brassard, takes up universal themes and includes English-language music tracks by the likes of Enya, Beyoncé and Neon Trees.

Kitchen turned out to be a blockbuster success. The third-season finale set an all time ratings record, with one third of Moscow residents and a quarter of the rest of the country tuning in.

“What seems to make it work is that for the most part they keep culturally specific stuff out,” said Brassard. “Very little of the humour involves interactions with Russian institutions in a way that would be hard to adapt to a foreign situation.”

The producers of Kitchen began exporting the show worldwide, eventually selling it to CBS International in 2013 with the rights to adapt it everywhere outside the former Soviet Union except Israel.

The limits to comedy

And with that landmark production, said Brassard, Russian sitcoms are now well on their way to competing with some of the best in the world. The same cannot be said of political satire, however. At a time when biting political humour is flourishing in North America and elsewhere, Brassard said there is a decided chill running through Russian television.

“I did one interview with a TV format consultant who had proposed a joke about Putin in one of the shows they were working on. He was told, ‘make that joke once and you'll never work in this industry again.’

“These guys all have good jobs, nice cars—they live the high life in Moscow. So why go after Putin and risk losing everything?”

Then along came a Canadian hockey player . . .