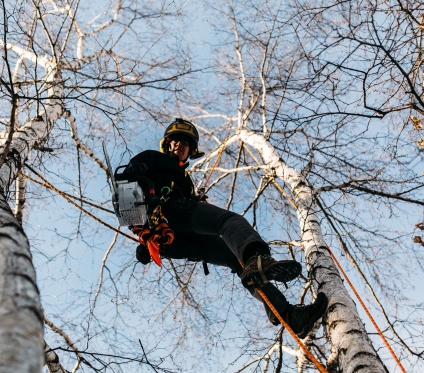 Knowledge of tree ecosystems and commitment to environmental sustainability give Tree Ninja a competitive edge, says founder Benoit Boudreau. "We believe in trying to save trees whenever possible." (Photo: Supplied)

Tree Ninja founder Benoit Boudreau combined the values he cultivated in seminary school with his passion for nature to build a successful company while pursuing full-time studies. 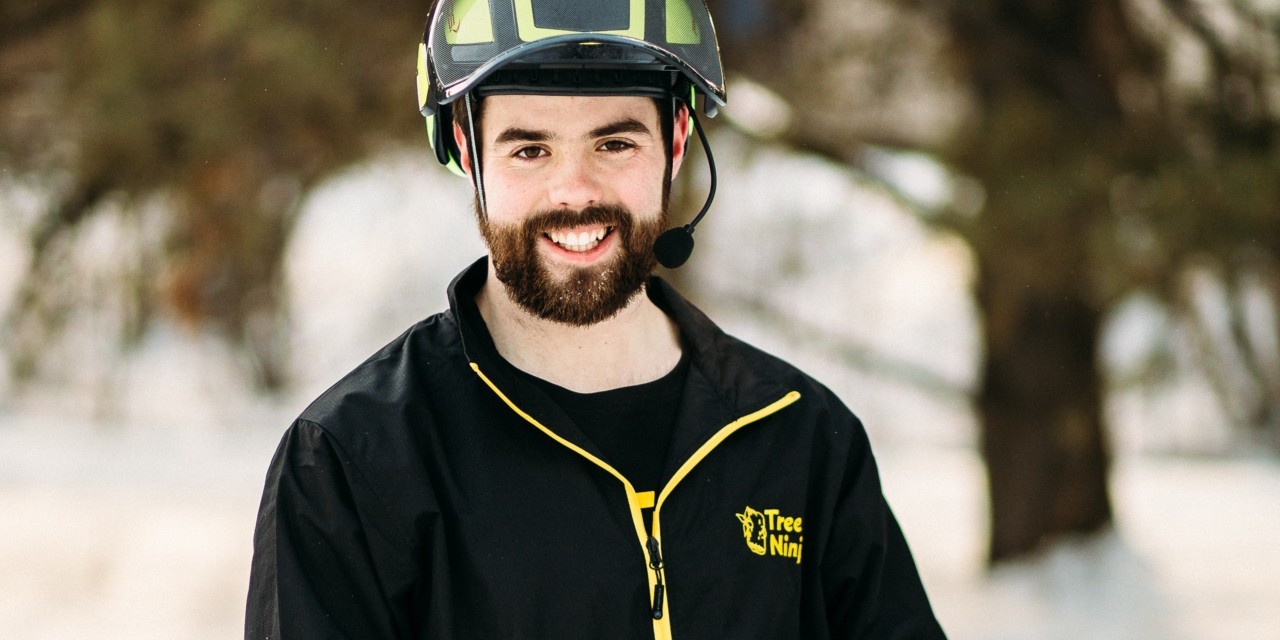 Tree Ninja founder Benoit Boudreau went from training for the priesthood to cultivating a $300,000-a-year tree business while studying forestry full-time at the U of A. (Photo: Supplied)

When Benoit Boudreau was training to become a priest in Mission, B.C., he deepened his passion for trees.

The grounds of the 150-acre Seminary of Christ the King were covered in old-growth forest, including rare species such as ancient maples. It also had an apple orchard, and so Boudreau became the seminary’s unofficial arborist.

"The monks did notice that I had a huge attraction to the woods and the environment,” said the third-year U of A forestry student, who had spent countless hours learning about trees and plants in his mother’s garden as a child.

That passion for forestry eventually blossomed into his own successful tree pruning and removal company, called Tree Ninja, which now pulls in more than $300,000 annually—all while he is enrolled full-time in the university’s forestry program.

Both the seminary and its trees would turn out to have a huge influence on Boudreau’s life, bestowing values that would endure as he became an adult.

"I met some of the most generous people at the seminary—very hard-working, selfless and honest,” he said. “For me it was a great example of what a man should be."

As devoted as Boudreau was to Catholicism, however, taking up the cloth—and its accompanying lifetime vows that can only be nullified through a papal dispensation—was ultimately not the path he chose. As the oldest of nine siblings, he was determined to marry and have a family of his own.

"It was just a really hard sacrifice not to marry," he said.

He moved back to Calgary where he grew up, and soon got a job as an arborist with a local company.

Boudreau learned the ropes fast, soaking up knowledge about Alberta’s tree species and becoming one of the company’s best climbers.

He also met the girl of his dreams within six months of moving—another Catholic, also from a family of nine. The two were married within a year and a half and began planning for a big family of their own, which required no small degree of financial security.

So at 20, Boudreau took the plunge and started his own arborist company.

"I decided this was something I could do myself,” he said, adding that his extended family is well populated with entrepreneurs who gave him solid advice.

At first he advertised in both Edmonton and Calgary, travelling back and forth on alternate weeks picking up contracts. After a year, he enrolled at the U of A on a “huge scholarship,” he said.

Meanwhile, Tree Ninja continued to grow, allowing him to buy his first wood chipper and hire fellow students from the forestry program, up to six in the summer.

There is high demand for arborists in Edmonton, he said, given the frequent wind storms that usually arrive every year around June. One storm can provide enough work for an entire summer, and Boudreau’s company stays active 10 months of the year.

There are about 30 arborist companies in Edmonton, he said, "and they get swamped, because you can only remove two or three trees in a day."

But Boudreau believes his company has a competitive edge.

“Customers see that we have more knowledge about trees and ecosystems than most arborists, including the nuances of soil science, tree diseases and hydrology.

"We specialize in more complicated removals,” he said, adding that everyone on his crew can climb, which is not always the case.

Another quality that sets Tree Ninja apart is a strong commitment to sustainability. Boudreau attributes that partly to his seminary’s reverence for the sacred in life, but also to his university training.

"Sustainability is an issue the U of A has really put into our hearts, and we’re trying to apply that in the industry," he said.

"You find people who really love what they're studying, and that to me is inspiring, and it's refreshing to the industry. It's not just about money, but about helping Edmonton appreciate the trees more.

"We believe in trying to save trees whenever possible. If a tree is dangerous, I take that seriously and it has to be removed, but if a tree is beautiful and super-healthy, I always try to talk my customer out of cutting it down."

When a tree does come down, Boudreau tries to salvage as much wood as possible, he said, often milling it to use as lumber for carpentry projects.

“If a customer has a sentimental tree or something, it can be reused. The wood from some of these species can be very expensive.”

Boudreau has another year to go before he graduates, but he looks forward to growing his company even more, continuing to hire U of A forestry grads, along with a few of his many brothers and brothers-in-law.

It’s all in the name of treating the environment with the reverence and respect it deserves, he said, while paying forward the values instilled by his education.