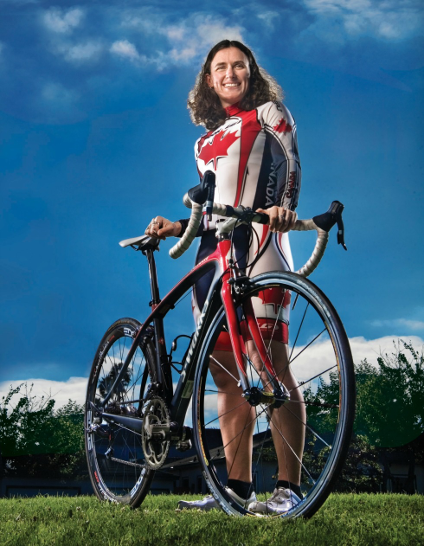 There and back again: from the Olympic podium to the convocation stage

For Tara Whitten, earning a PhD in neuroscience while pursuing another chance at Olympic glory is the culmination of two dreams. 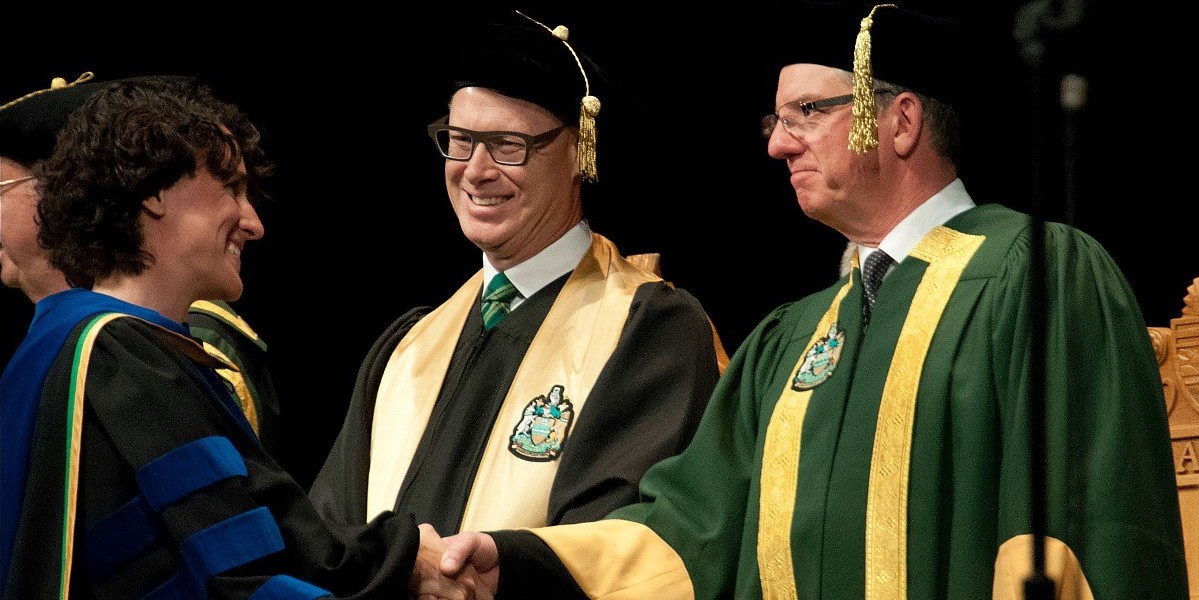 UPDATE: On June 29, Cycling Canada announced that Tara Whitten was among the 19 cyclists chosen to represent Canada at the 2016 Olympic Summer Games in Rio.

For Olympic cycling bronze medallist Tara Whitten, lining up for a mid-season pre-Olympic time trial would normally be considered a simple formality and not something to agonize over.

After all, at 35 the Edmonton-born and raised cycling star and former world champion was a virtual lock for one of the Canada’s two female time trial cycling spots in the upcoming Summer Olympics. Whitten had even made the trek to Rio de Janeiro in March to inspect the road course for the Games.

Unfortunately, Whitten’s simple plan to return to the Olympics turned into an outright nightmare when she ran her bike into the back of a bus during that visit to Brazil. The accident, which she has little memory of, knocked her unconscious, broke a bone in the base of her skull and imperilled her hopes of a second Olympics.

The timing could have only been worse had the accident happened at the Olympics. Not only did it wipe out months of training, it all but erased the remaining schedule Whitten would need to prove she belonged on the world’s biggest stage, save for a Hail Mary performance in Gatineau, Que., a little more than two months out.

To understand how Whitten approached those two months is to understand Whitten’s approach to life as an athlete and a student, the fruits of which included a PhD in neuroscience from the University of Alberta that she received June 10.

Prior to coming to the U of A in 1998, Whitten remembers developing a deep interest in the brain after reading Steven Pinker’s How the Mind Works.

“Right away I checked to see if there was a neuroscience program at the U of A, so I was excited to pursue that.”

An avid cross-country skier, Whitten was also keen on pursuing an Olympic dream—which meant school, from time to time, would have to wait. In 2000, the burgeoning skier took her first hiatus and moved to Canmore to train with the national team. Whitten would win a silver medal at the 2003 Under-23 World Championships, but with Canada in the midst of its golden age of cross-country skiing led by the likes of Beckie Scott, her time would have to wait.

With that, Whitten resumed her studies in 2004 and finished her science degree in 2006.

Along the way, Whitten took an interest in cycling as part of her cross-country ski training, and even began to compete in this new sport. The victories began to mount, and in 2007 Whitten shifted gears and took on track cycling full-time.

Whitten’s cycling success was mirrored by academic success as she was accepted into Clayton Dickson’s electrophysiology lab as a master’s student in 2007 before transferring directly into a PhD program 18 months later.

After a breakout 2009 where she won a pair of silver medals at world cups in Copenhagen and Poland, Whitten again stepped away from her studies to focus on the 2012 Summer Olympics in London.

“In sport there is a natural rhythm to things. In an Olympic year there needs to be 100 per cent focus.”

Whitten caught fire in 2010 when she chased a pair of titles at the Track World Championships with a gold medal in the road time trial and three bronze medals in track cycling at the Commonwealth Games in New Delhi, India.

After defending her world championship in the omnium in 2011, Whitten came into London as the odds-on favourite for a medal. Her efforts paid off early in the games when, along with Jasmin Glaesser and Gillian Carleton, Whitten fulfilled her podium dreams by winning Olympic bronze in the team pursuit, Canada’s only cycling medal. Unfortunately, over the six cycling events that make up the omnium, Whitten never found her stride and finished a disappointing fourth.

Nonetheless, having finally realized her Olympic potential, Whitten felt the pull of her waiting graduate studies and rejoined Dickson’s group in the fall of 2012. “At the time I thought that was my last Olympics.”

Back at home, Whitten resumed her research, which involves trying to better understand the rhythmic electrical activity in the hippocampus, a misunderstood part of the brain that is important for learning and memory.

Having a research-intensive understanding of how the brain works, however, doesn’t make an athlete’s internal struggle to stop competing any easier.

“In the back of my head I was thinking I would try for one more Olympics,” remembers Whitten. “The part that I really like, and the part that I missed, was the process of trying to think of how to be at your best—that part is always evolving. Just because you had the best race of your life on one day doesn’t mean you can repeat that exact process the next time. You are always trying to figure out your body and push yourself that much more.”

“In the end, I just felt like I wasn’t quite done.”

This time around, though, Whitten would balance athletics and academics, seizing moments in between races and long rides to study. “Dr. Dickson had been very understanding of my commitment, but at the same time I had to earn his trust and prove I would still get things done.”

“From watching Tara, I think you have to have the ability to deal with solitude and have the dedication and persistence to push through. If you’re training for the Olympics, you have to provide yourself with the motivation to get to the top,” said Dickson, who helped Whitten get her first publishing credit when she was a science undergrad. “Tara is a perfectionist, which allows her to push through adversity. She is self-critical, in a good way, and that pushes her forward—she always wants to do better.

“Whatever she was doing, she would put her heart and soul into her work.”

This iteration of Whitten’s Olympic dream would focus on road racing—in particular, the individual time trials.

“I like the time trials because I like to have the control to do exactly what I want. To me training is a solitary thing; it is my time to be by myself and to think about things and think about life.”

At the 2015 individual time trials world championships this past September, Whitten finished 13th, an encouraging result considering she was a relative newcomer to this aspect of the sport and the Olympics were still a year away.

All was running according to schedule, until her fateful crash in Rio.

The symptoms from a concussion would pass within a couple of weeks, but being stuck training on a stationary bike designed to immobilize her head for two months was less than optimal.

“Training with a neck brace on didn’t go that well.”

With a little more than a week to go before the Gatineau event, Whitten was cleared to resume normal training.

“Everything felt good, but I was definitely not sure how well it would go. I wasn’t sure how my neck would hold up.”

In the end, it held up fine. Whitten would complete the miracle turnaround and finish a gritty second at the UCI Grand Prix Cycliste de Gatineau on June 3.

“It felt pretty good. It was good to show that with a suboptimal training regimen in place I was still able to perform. Now that I can train full gas, I think it shows that I’m capable of a lot more.”

Whitten’s Olympic fate now rests with Cycling Canada, which she admits makes it hard to focus on anything else. But she says crossing the stage to accept her PhD in neuroscience was a reflective moment and a wonderful end to an academic career at the U of A that spanned 18 years.

“Being back on campus and back in Edmonton, I realized how much time I had spent at the U of A,” said Whitten, who now lives in Calgary and will begin a post-doctoral fellowship in concussion research at the University of Calgary in September. “It was significant part of my life, and though I wanted to finish my degree, there was some finality to it that was a bit sad.”

There and back again: from the Olympic podium to the convocation stage