I think you can divide music before Prince and after Prince.

Our pop-music professor reflects on the passing and incomparable musical legacy of Prince. 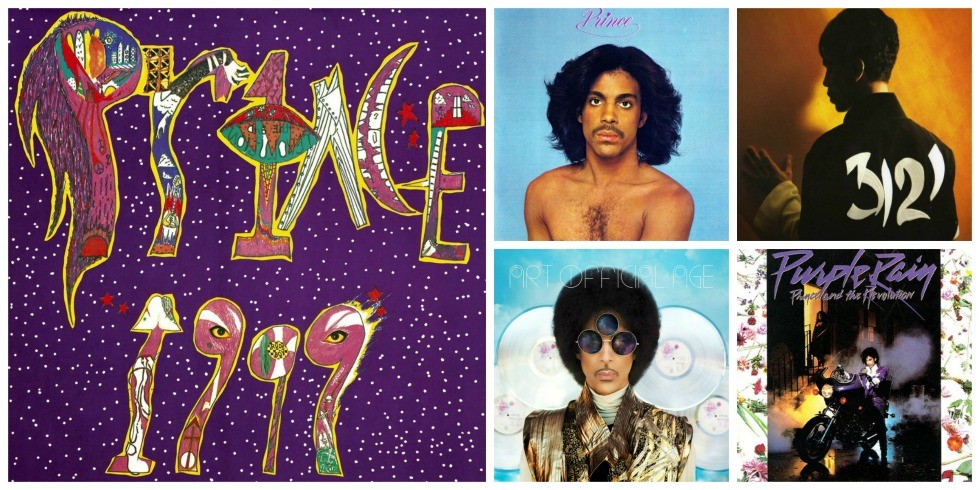 On April 21, pop music icon Prince Rogers Nelson passed away at the age of 57. Brian Fauteux, assistant professor of popular music and media studies in the Faculty of Arts, talks about the cultural impact of the multi-platinum, gender-bending genius known simply as Prince.

Prince was a multi-instrumentalist whose music drew in a wide diversity of styles. What did that bring to his sound?

It certainly brought a level of unpredictability to his sound. And what’s so important about his ability to write and perform songs within so many different musical styles is the way that his music touched so many people, each with their own musical taste. Many of his hit songs have an unparalleled pop sensibility, and this really sets Prince apart from others. It lends a notable weight to his passing—the fact that so many people were shaped by his music.

His early contract categorized him as a pop artist, as opposed to an R&B artist. This is important for thinking about his legacy, both as someone who would work to control the trajectory of his career but also to reach such a wide variety of fans and audiences. The category of pop allows for more experimentation and fluidity than a more specific genre like R&B. But Prince also has us question whether these categories matter.

How did he affect the pop music world? Who did he influence?

Prince is one of a handful of stars who defined popular culture in the 1980s, a decade in which music became increasingly visual, especially through MTV. But there were many ways in which MTV and the industry at that time were divided along genres and along identity categories such as race. The legacy of stars like Prince and others (Michael Jackson and Madonna, for instance) is that they challenged cultural and musical boundaries, influencing others in the process.

Prince proved that R&B and rock could be the domain of one artist. He showed that the electric guitar and an emphasis on dance could coexist. You hear about how his live shows would turn into all-night dance parties and you can watch his amazing guitar solo during “While My Guitar Gently Weeps” at the Rock and Roll Hall of Fame.

Prince, Tom Petty, Steve Winwood, Jeff Lynne and others perform "While My Guitar Gently Weeps" at the 2004 Rock and Roll Hall of Fame inductions.

There are constructed ideas about how both the guitar and dance communicate distinct versions of sexuality and gender within pop music (where the guitar becomes understood as a form of rock/masculine sexuality and dance as pop/feminine sexuality), but his creative output dismantled these distinctions and exposed them as social constructions.

And it’s not just his hit songs that help define the decade, but also his visual presence. His sound and style come through in popular film. He realized the power of the soundtrack (Batman) and the musical (Purple Rain) as important vehicles for his music. One of the reasons that first Tim Burton Batman film is so great is that it creates such a fascinating world that is both of this world and out of this world—and Prince’s music and his style is such a big part of that.

Because of all this, he has influenced such a wide range of artists, from Justin Timberlake to Questlove to The Weeknd. His songs have been sampled by hip-hop artists like Jay Z and 2Pac.

Numb. Stunned. This can't be real.

He was well known as a musician, but he was also a songwriter for others. How did he influence the broader landscape through that part of his work?

I think this speaks to the extent of his creative output. We hear about all of the music he didn’t release—and I wonder about when and whether we’ll hear this music—but he also wrote major hit songs for other artists: Sinéad’s cover of “Nothing Compares 2 U,”  “Manic Monday” for the Bangles, hits for Sheila E. and Chaka Khan, and so forth. The mark he made on the wider popular music landscape evidently extends outside of his own star persona.

Outside of his music, he was known to be someone who didn't care much for the expectations of others. Was his breaking of convention in his personal life reflected in his creative work?

Prince’s disavowal of expectations and conventions is where he really stands out. So many elements of his personality are decidedly original and at times contradictory: declaring that the Internet is over (as a viable option for compensating artists), that time doesn’t exist, becoming a symbol. I’ve always admired how he charted his own path in an industry that often forces or rewards convention and predictability.

This really permeates recollections of his live performances. There are stories of his ever-changing set lists during his tours, extended jams and four-hour-plus concerts, about the small-venue performances that would continue well into the night after a performance at a larger venue. This lends a compelling spontaneity to the live show—something that certainly wasn’t for everyone, but that helped define him as an original and unique artist.

i promise this was the greatest moment of my entire life. i wish i could relive it everyday. pic.twitter.com/i7oax7tLYr

He was a prolific creator with a huge discography who seemed comfortable with trying new things even if they might fail. He also released a large body of music as part of his attempts to get free of a contract with Warner, and he had numerous legal battles over control of his creative process and image. Can you reconcile his creativity with his need to keep tight control of his work and image and his notable perfectionism?

I think we can locate his comfort in attempting new things or in taking risks in the fact that he was committed to controlling so much of his own work. He was a singer, a multi-instrumentalist, an arranger, a producer, a style icon. But he also had to fight for this control. He famously stated, “If you don’t own your masters, your master owns you.” This is a remarkable statement to direct at an industry that has a history of exploiting artists, especially black artists.

More recently he stood out against the backdrop of the ubiquity of digital music and moved to make his digital music collection hard to find, funneling it all to Tidal, claiming it to be a better model than others for supporting artists. The fact that he was so concerned with control is a major part of his creativity and originality.

Like David Bowie, another famous musician who died earlier this year, Prince played with gender and masculinity. He was known for his high heels and glamorous costumes, dramatic poses, and perhaps most famously, the love symbol. How was he influenced by people like Bowie, and how did he affect the idea of masculinity in pop, especially as a straight man who became a kind of new sex symbol?

So much of Prince’s music exudes sexuality and sex. Through his blending of music and sex he challenged conventional understandings of masculinity, as did Bowie. He projected both masculine and feminine qualities, exposing the fluidity of gender. And this is especially significant in the context of the representations and reflections of masculinity and sexuality by black performers in pop and rock, where the misrepresentations and the boundaries that surround them are even more pronounced. This is something that Questlove has spoken about.

Having public performers who demonstrate the wide variety of ways of being male, female, masculine or feminine is essential. As well, Prince has been amazingly committed to having bands consisting of both female and male members. This goes decades back to when there were even fewer visible women instrumentalists in bands than there are now. Bringing such a notable level of diversity and equality to popular music, especially in terms of sexuality and gender, is such a big contribution that Prince made to popular music culture.

It makes me shiver when I think of all the people who might not have found the bravery to make art if it weren't for Prince and Bowie.- Neko Case (@NekoCase) April 21, 2016

A lot of people are stunned by his death—he was one of those icons who seemed eternal. The shared experience of the deaths of our icons as we age is a uniquely modern experience. What does this say about our relationship to pop music?

We’ve lost some of the influential figures in popular music who connected music to the identity of a youth generation through the 1960s and 1970s (whom we might think of as “classic rock icons”). There are younger artists like Prince whose death comes as an untimely surprise. And there are those who are younger, who may have had a history with drugs or alcohol, like Scott Weiland. Combine this with the fact that we are so connected through the Internet and digital technologies and the ways that we extend our own identities into online spaces, and these emotional moments become compounded.

Because we are able to individualize and personalize our own cultural consumption habits, there are very few experiences that feel collective. So when we lose a popular icon or experience a tragedy that many people can relate to, the experience is all the more substantial. Music is so closely connected to our own identities and memories, we feel as though we lose a piece of ourselves when such an influential musical icon passes. Music feels eternal and our memories can last as long as we do. And it’s easy to forget that the creators of these songs and these memories are not eternal.