This is your brain on games 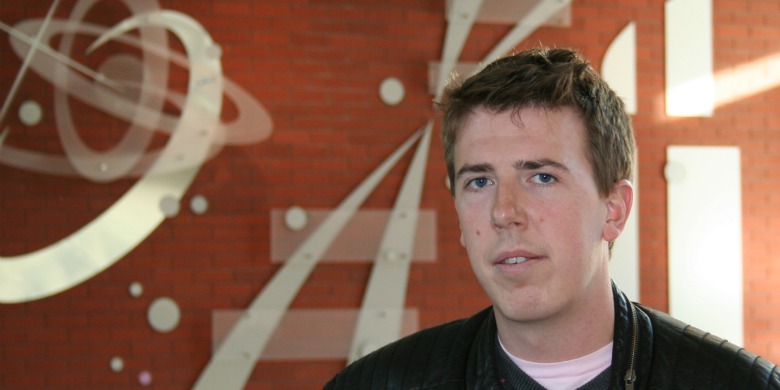 (Edmonton) – Philosopher Sun Tzu once wrote that to know oneself and one’s opponent is to ensure victory in 100 battles. University of Alberta psychology researcher Kyle Mathewson’s research shows that the Chinese general may have been on to something.

Mathewson and colleagues from the University of Illinois and University of California Berkeley were looking at how the brain works when it is processing and learning. Mapping brain activity to identify neural impulses in participants, they were able to track which areas of the brain were active when players were analyzing and learning from their actions or the actions of others. The research could help understand such things as how people make decisions as they manoeuvre in heavy traffic or how brain function breaks down in neurodegenerative illnesses.

Mathewson says the study is significant because it looks at two streams of learning theory at once: reinforcement (wherein a person alters a pattern of behaviour based on positive or negative outcomes) and belief-based (a person’s actions are governed by their observations of and beliefs about the actions of others).

“People understand how we make decisions based on our own actions and what we think is going to happen, but not about how we come to understand what others are going to do and how to interact based on our understanding of other people,” he says.

Participants in the study were pitted against a series of players in a variation of a patent-race game. Both sides would bid for a patent, with the highest bidder winning the patent and a prize, but both parties forfeiting their bid money. What the researchers noticed is that players adapted their playing styles based on their own actions as well as the anticipated actions, based on their experiences, of others. Mathewson and his colleagues concluded that participants displayed signs of incorporating both reinforcement and belief-based learning, as indicated by the change in their playing styles and from brain scans done while they played.

When players thought they were up against a machine, they didn’t show the strategic-thinking and decision-making skills they showed when they played against each other.

“In one of the control studies, we told the people that they were playing against a computer and had to beat the computer. In that case, people played completely differently,” says Mathewson. “They didn’t take into consideration how the computer was playing. They only considered the outcome of their own choices.”

This is your brain on strategy

Mathewson says people apply strategic thinking and decision-making on a daily basis, whether haggling over prices in a marketplace or negotiating traffic on the daily commute. Understanding how a person learns in these situations would help piece together how groupthink happens on a large scale.

He also notes that researchers were able to pinpoint two distinct areas of the brain that were activated when each type of learning was at play, which could lead to a better understanding of some of the social deficits that accompany declining cognitive function and neurodegenerative diseases, such as Parkinson’s disease. Further research may be able to determine, for example, where in the brain and how the decline occurs and what could be done to mitigate some of the problems related to deficits in social interaction.

This is your brain on games
Newsroom