A six-time Olympic medallist, a tech-industry maverick and an Edmonton community builder will receive honorary degrees during fall convocation. 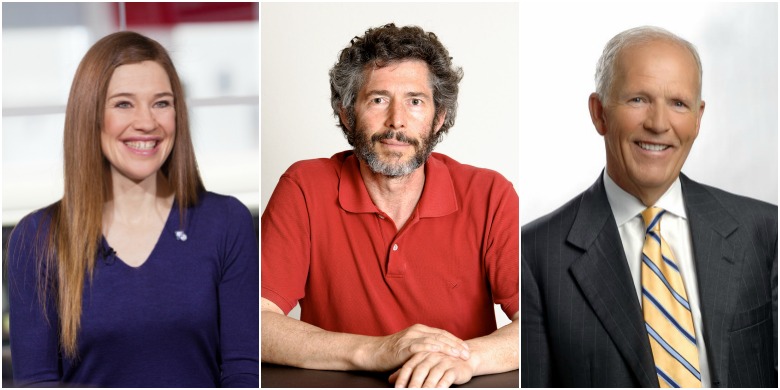 (Edmonton) An Olympic gold medallist, an Internet pioneer and a community-first advocate are being brought into the University of Alberta fold as the newest recipients of honorary degrees.

"Convocation ceremonies are a wonderful opportunity to celebrate innovative leadership, commitment and perseverance," said U of A Chancellor Ralph Young. "Each of our honorary degree recipients—in varied and unique ways—continues to demonstrate the importance of a relentless focus on high standards of achievement. Their accomplishments are an inspiration."

Clara Hughes is the only Canadian to have won medals in both the Summer and Winter Olympics. The six-time Olympic medallist—two in cycling and another four, including a gold, in speed skating—served as the Canadian flag bearer for the 2010 Vancouver Olympic Games and is a recipient of the International Olympic Committee’s Sport and Community Trophy. She also sits on the international board of directors for Right to Play, a global organization that uses the power of play to educate and empower children facing adversity. Earlier this year, Hughes, a leading mental health advocate, undertook “Clara’s Big Ride” for Bell Let’s Talk, a 110-day, 12,000-kilometre national bicycle tour to help grow awareness, acceptance and action to create a stigma-free Canada. She is an officer of the Order of Canada and a member of Canada’s Sports Hall of Fame. Clara Hughes will receive an honorary doctor of laws degree Nov. 18 at 3 p.m.

A full-time computing science professor at Stanford University, David R. Cheriton has helped revolutionize the Internet as a serial tech-company founder, industry mentor, angel investor and philanthropist. The Edmonton-raised entrepreneur and former U of A undergraduate student has focused his research in areas of high-performance scalable distributed systems, Internet architecture and protocols, and hardware-software interaction, particularly at the operating system level. His work has made a number of early contributions to the development of the Internet, and his students have been instrumental in a number of Internet developments and companies in the tech sector. Cheriton holds a number of patents for his work, and his Stanford classes are routinely televised to leading high-tech companies for the benefit of their employees. He has also been an active investor providing seed funding for a number of important Silicon Valley companies, most notably Google. David Cheriton will receive an honorary doctor of science degree Nov. 19 at 10 a.m.

Dennis Erker has had an exemplary career providing leadership and vision to the insurance industry. A graduate of the Alberta School of Business Institute of Corporate Directors, the post-secondary education champion has also been a driving force in advancing the quality of life of Albertans. Erker has successfully raised awareness and funds for a number of capital region projects, most notably the Mazankowski Alberta Heart Institute and the Stollery Children’s Hospital. An honorary colonel with the Loyal Edmonton Regiment, he played an instrumental role in establishing Valour Place, a residence members of the military and RCMP and their families receiving medical treatment in Edmonton. His leadership contributions include several corporate boards and volunteer roles with the Edmonton Community Foundation, Minerva Foundation, Citadel Theatre, 2001 World Championship in Athletics and the World Wheelchair Basketball Championship. Dennis Erker will receive an honorary doctor of laws degree Nov. 19 at 3 p.m.