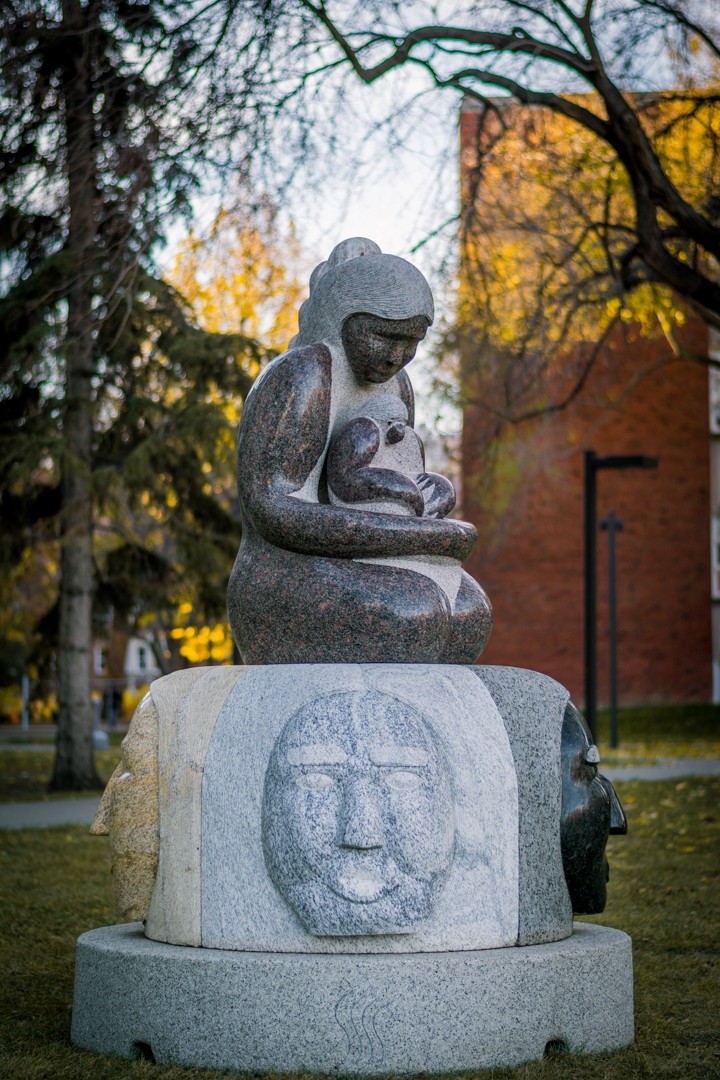 Trio makes up temporary exhibit that explores the human struggle with communication. 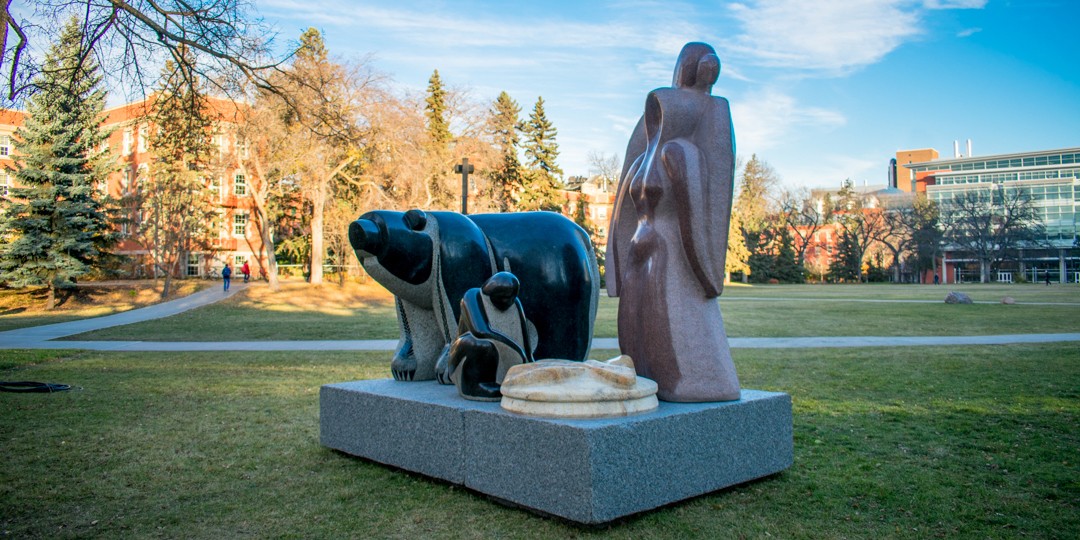 The Hunter, which weighs 25,000 kilograms, is one of three sculptures by Indigenous artist Stewart Steinhauer that was installed in the Quad last weekend. The three sculptures are on loan to the university until June 2018.

Three new Indigenous sculptures, on loan until June 2018, were installed in the Quad of the University of Alberta’s north campus yesterday.

“We’ve been working on an initiative to ensure more Indigenous art is displayed over time for public spaces on U of A campuses so that we can work towards a better understanding of Indigenous culture and move towards reconciliation,” said Wendy Rodgers, deputy provost of the university. “These three sculptures are meant to reaffirm the University of Alberta’s commitment to work towards respectful and meaningful reconciliation.”

The three sculptures—The Hunter, Big Bear is Right and The Eaglechild—which will serve as focal points on campus for programs and events, were placed near the Sweetgrass Bear sculpture the university bought from Indigenous artist Stewart Steinhauer, and unveiled last August on the south end of the Quad.

The three new sculptures, which were also created by Steinhauer, form an outdoor sculpture exhibit entitled Indigenous Methodology and the Rock Grandfather.

Steinhauer is a self-taught Indigenous granite sculptor from Saddle Lake Cree Nation in northeast Alberta. His works are in private collections around the world, and in public collections in B.C. and Alberta where he also maintains on-reserve studios.