Three U of A researchers named national artificial intelligence chairs 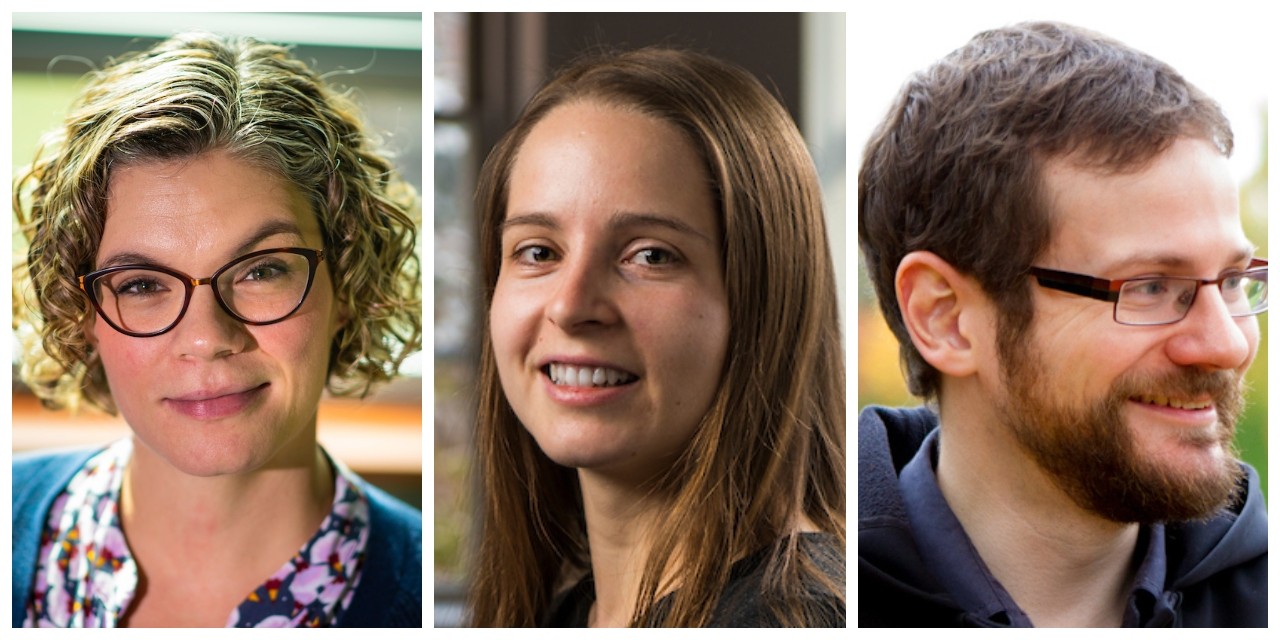 Alona Fyshe, Martha White and James Wright, who are also fellows of the Alberta Machine Intelligence Institute (Amii), are part of a national cohort of 29 CCAI chairs named to “help maintain Canada’s leadership role in the development and application of machine learning,” according to a CIFAR statement.

The announcement is part of the Government of Canada’s $125-million, pan-Canadian Artificial Intelligence Strategy announced last year. CIFAR was chosen by the federal government to lead the strategy in collaboration with artificial intelligence research centres in Edmonton (Amii), Montreal (Mila), and Toronto (Vector Institute).

Support for the new chairs is part of a larger strategy that includes training opportunities, research funding, and workshops on the societal implications of AI designed to build on Canadian leadership in artificial intelligence.

The three U of A researchers will collectively receive roughly $3 million over the next five years to support their research.

Alona Fyshe will apply her expertise in machine learning to brain imaging data in order to better understand how humans create meaning and use that meaning to make inferences about the world around them.

“What I try to figure out is how we go from words on a page, or pixels on a screen, to higher-order meaning,” explained Fyshe. “Right now, computers aren’t very good at that. I’m interested in studying how people make meaning in order to improve how computers do the same thing.”

Fundamental research that’s anything but basic

Martha White, whose research is dedicated to fundamental algorithms using artificial intelligence and machine learning, will explore how programs turn a bunch of raw data into complex models that generate accurate predictions.

“It’s about supporting humans in making better decisions,” said White. “AI isn’t scary. It’s just helpful. I’m excited about answering the interesting questions we’ve had all along in AI. How do we get our agents to explore well, and how do we build good representations of the world?”

James Wright’s research looks at game theory to better understand how humans make choices. To do so, he constructs data-driven models to improve the effectiveness of real systems by accurately predicting human decision-making.

“Agents that interact with people in strategic systems will do a much better job if they can predict how people will react,” said Wright. “Similarly, a policy will achieve its goals more effectively when it takes into account how people will respond to policy. When new policies have unintended consequences, it’s often because they were designed without thinking about these kinds of strategic questions.”

The CCAI program was designed to attract and retain 50 leading AI researchers. The three U of A chairs have served as faculty members or post-doctoral researchers in universities in Canada and the United States, and have experience working with tech companies like Google and Microsoft.

Recently, the U of A computing science program was ranked third in the world based on the number of publications its researchers have presented at top conferences, according to CS Rankings.

In July 2017, DeepMind, one of the world’s leading AI research companies, chose Edmonton as the location of its first international research lab outside the U.K. At the time, DeepMind CEO and co-founder Demis Hassabis said the company chose Edmonton because of its relationship with world-leading researcher Rich Sutton and the U of A’s computer science program, “which has become a leader in reinforcement learning research thanks to his pioneering work.”

Three U of A researchers named national artificial intelligence chairs