The oft-aggressive debunker undergoes something of a transformation during filming. 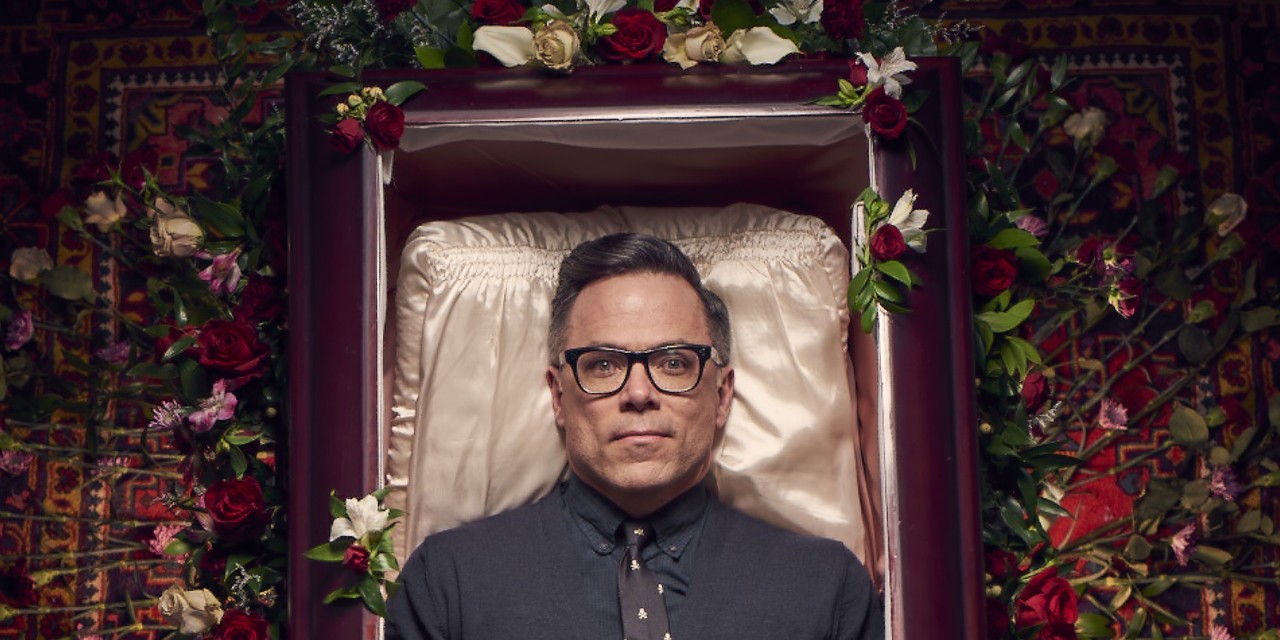 If there is quick and easy way to spend your way clear of life’s natural conclusion, UAlberta myth buster extraordinaire Timothy Caulfield has a new platform for finding it.

“It seemed like a logical followup to some of the work I’ve been doing on how science and health issues are portrayed in popular culture,” said Caulfield, a University of Alberta health law researcher. “We really did try to make it a little bit of an adventure for the viewer and get a wide range of perspectives.”

Caulfield, the author of Is Gwyneth Paltrow wrong about everything? (and an outspoken critic of her company, GOOP) takes audiences on a journey to expose the truth behind controversial health trends increasingly promoted by celebrities like Paltrow.

But the show isn’t just an hour-long de-bunk, he said.

“We really wanted to get into where this stuff fits into popular culture—streeters, in-depth interviews, I try the stuff. The goal was to keep it science-based, but we really wanted to get a sense of what is attracting people to these products and these views, whether you are talking about detoxification or some crazy diet, or even cosmetic surgery. ”

A transformation of his own

Caulfield said his own journey while filming the show caused him to experience a bit of a transformation of his own.

“I talk to all these people and these services really seem to be fulfilling a need for them, whether they work or not. That was real eye-opener for me.”

He said he would ask if the recipients of these treatments ever wondered if there was a placebo effect at work.

“One person said if it is placebo I’m okay with that, it is something that seems to be working for me.”

He recalled one interview with a woman who received a buttock implant.

“She was amazing at explaining why this procedure was right for her. It may seem absurd from the outside but when you hear someone explain what this means to them, it is really eye-opening,” he said.

Caulfield was also surprised by the sincerity and how earnest people were about these unproven procedures.

“I can be an aggressive debunker, so for me it was really good to hear that side and that perspective,” he said. “There were only a couple of times where I thought ‘you know what, this guy knows he is selling something that probably doesn’t work and it is part of a broader marketing scheme.’ There were just a couple of people like that and I think the viewers will know who they are.”

U of A on his mind

And while Caulfield’s quest takes him all over the world—from Hollywood to the retail strips of plastic surgeons in Seoul, South Korea, the U of A is never far from mind.

The UAlberta researchers making cameos on A User's Guide to Cheating Death include: Arya Sharma, Lori West and Mike Allan from the Faculty of Medicine & Dentistry; Carla Prado, Rhonda Bell and Matthew Johnson from the Faculty of Agricultural, Life, and Environmental Sciences; Kim Raine in the School of Public Health; and Tanya Berry out of the Faculty of Physical Education and Recreation.

“From a perspective of an individual trying these things, it really is a complex story. People are searching for a wide range of things,” he said. “There are needs that need to be fulfilled and there is a whole bunch of things driving this massive industry and it’s not just marketers.”

Alas, Caulfield says there is no magic that he has found that can be bought to cheat death.

“If you don’t smoke, you exercise, you eat a healthy diet, you find someone to love—that’s about it,” said Caulfield. “I hope one of the things that emerges is that there are straightforward truths out there and popular culture is confusing that reality. We really do try to come back to what the science really says.”

The six-part series starts Monday, Sept. 18 at 7 p.m. on Vision TV. The show has also been picked up in countries around the world (as well as CBC Worldwide) and has already been greenlit by the producer, Peacock Alley Entertainment, for a second season.