There may well be microbes that are hundreds of thousands of years old, and potentially still viable if put into a more favourable environment.

Microbes and toxins frozen within glaciers could reveal the future of human life on Earth—or threaten it. 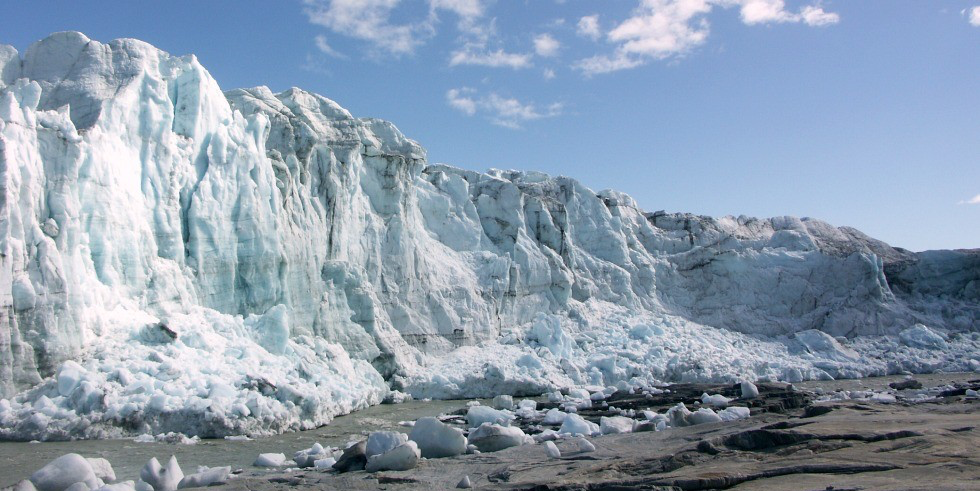 The world's glaciers hold tiny particles and microbes that offer clues to past climate change, atmospheric toxins and even global epidemics.

If aliens came to Earth on a fact-finding mission after the extinction of the human species, they could do worse than head straight for what’s left of the planet’s glaciers. Frozen in the ice is a wealth of information not only on our past climate over hundreds of thousands of years, but also on the toxins we spewed into the atmosphere, even the diseases and plagues to which we succumbed.

The polar ice caps of Greenland and Antarctica are a forensic gold mine of tiny particles, gas bubbles and microbes that speak volumes about our human story. And it is not entirely outlandish to consider that glaciers may also contain the deadly plague that may eventually cause our demise.

That’s why ice cores, the cylindrical samples extracted from glaciers and other ice sheets by drilling, are such a big deal to scientists in any number of fields. And it’s why the University of Alberta’s scientific community is so eagerly anticipating the arrival next year of Canada’s national collection of cores, formerly housed in Ottawa’s Ice Core Research Laboratory at the Geological Survey of Canada.

By examining tiny gas bubbles trapped in the ice at a given depth, for instance, scientists can determine how much carbon dioxide and methane they contain, which gives them a pretty good idea of the Earth’s temperature at a certain time.

Fingerprints in the dust

Dust particles in Arctic ice contain minerals that originate halfway around the world, according to U of A glaciologist Martin Sharp. "If you know where the potential sources of dust are—such as the Pampas of Argentina or the Central Desert in Australia—as well as the current atmospheric circulation, you can predict where those dust particles end up,” he said. “Then you look at cores from those locations and see what you find."

Conducting what’s called isotopic analysis of the dust allows scientists to determine its mineral composition and source location, much like a geological fingerprint. And sometimes that fingerprint has a dark, toxic side.

Jonathan Martin in the U of A’s Division of Analytical and Environmental Toxicology has discovered a range of industrial poisons in ice cores—everything from DDT to PCBs to flame retardants. Sometimes the compounds appear first in the Arctic food chain, which is later confirmed with evidence found in the top layers of ice sheets.

According to Sharp, huge amounts of toxic human-made chemicals have been found in North Greenland snowfall, “which probably originated in China,” he said.

More worrisome still, scientists have recently been finding chemical compounds in those dust particles that theoretically don’t exist. It likely means they were produced somewhere illegally, said Sharp, without regulatory oversight. But thanks to the ice record, scientists know when those contaminants first started to appear, and where they were produced.

"Something like DDT gets banned, but you still have a need for something that does what DDT does,” explained Sharp. “So someone engineers and begins producing that chemical, and it finds its way into the environment. It's never been licensed or tested, and I think this is happening in China.

"This interests me because it speaks to a potentially major environmental health issue. It also shows you can do things with ice cores that you really struggle to do any other way."

It’s been known for some time that oceans contain large amounts of plastic, especially in the Great Pacific garbage patch, a vortex of debris in the North Pacific Ocean. But now even those plastics, in the form of micro-plastics, are finding their way into ice sheets after they are broken down by friction and released into the air with sea spray. If plastic is in the air, who knows what kind of public health problem that creates, said Sharp.

"While coring sea ice last year in the Arctic, an expedition of scientists found that almost every sea ice sample they melted had micro-plastic in it,” he added. “The most obvious course is that it came via marine transport from the Pacific through the Bering Straight, because the Pacific has the highest amount of plastic crap in it."

Could old enemies come out of the cold?

Then there are the tiny creatures, or microbes, that actually live in the ice, sometimes lying dormant for long periods of time. It was Sharp and his team who first discovered live microbes under ice sheets.

"There's also evidence of microbes living over a kilometre down in the ice sheet that are photosynthetic (relying on light to survive). They get about one photon a month but continue to live, probably just repairing DNA,” explained Sharp. “But when they’re released into a more hospitable environment, they just kick back into action again.”

U of A biologist Catherine La Farge-England caused a media sensation three years ago when she discovered that plants buried under a glacier for 400 years sprang back to life after the glacier receded.

"It's changing the way we think about how ecosystems get re-established in North America when you remove the ice,” said Sharp. "There may well be microbes that are hundreds of thousands of years old, and potentially still viable if put into a more favourable environment.

“That may even be how they function. They have the capability to shut down but not switch off, and then they come back."

Sharp said it is not far-fetched to speculate that human viruses may also lie dormant in the ice. Imagine a pestilence like the deadly flu epidemic of 1918—or even the Black Plague of the 14th century—making its way through circulatory paths in glaciers up to the surface where it’s launched into the atmosphere to wreak havoc once again.

It may sound a lot like that classic episode of The X-Files in which a parasite released at an Arctic research station drives its victims mad, but it turns out that yarn may not be science fiction after all.

“Although there is skepticism about it, some have suggested that storage in glaciers is one way to explain the recurrence interval of epidemics—things like Spanish Flu,” said Sharp. “There are all kinds of these organisms in the environment when there is an epidemic, and they get deposited into glaciers, where they're essentially put into cold storage.

“But because of the flow of the glacier they're eventually put back into the atmosphere when they reach the surface again."

So although it may look like just a lot of snow and ice, remote from human civilization, large sheets of ice are in fact an incomparable archive of natural and human history. When those highly anticipated ice cores finally arrive next year, the U of A will be poised to lead that expansive inquiry.