Too close for comfort 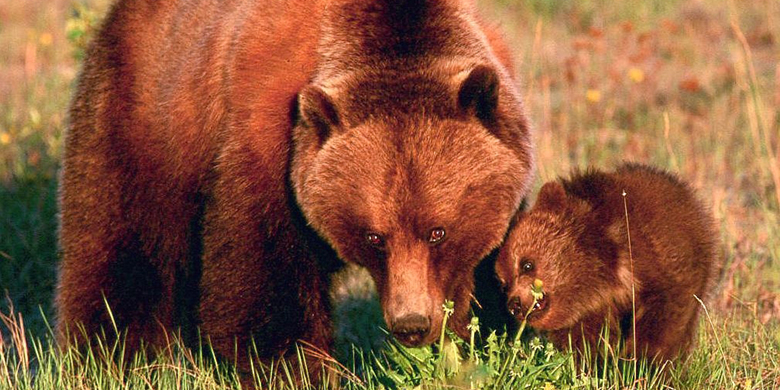 (Edmonton) The ranchland near the southwestern Alberta town of Pincher Creek is a hot zone for grizzly bear encounters, according to a new study conducted by researchers at the University of Alberta.

The research, led by former U of A graduate student Joe Northrup, mapped the locations of 303 grizzly bear encounters over the last 10 years.  There were no human fatalities, even though the vast majority of the encounters happened on private ranch land.

The researchers had strict guidelines for measuring a grizzly bear encounter. “We didn’t count sightings of bears by back-country hikers,” said Northrup. “We only documented encounters where the bear approached people and there was a potential threat to the person or their property.”

The researchers also surveyed the sites of bear encounters on or near private land and came up with a property description with high potential for trouble in the Pincher Creek area. “Our research showed that a ranch house on a quarter section lined with trees and close to a river bed has a high potential for problems,” said Northrup.  He added that river beds coming down from the mountains are a popular transportation route for bears.

By far the biggest attractant for grizzly bears in the ranchland area is dead cattle, which Northrup says can be a complicated hazard. “Ranchers need permits to remove dead cattle because of health restrictions to control Mad Cow disease,” said Northrup, adding that permits can be time consuming and often ineffective. “The land fill has to be able to accept dead cattle, and the Pincher Creek dump doesn’t have that kind of permit.”

The solution lies with the human element, said Northrup. “When wolves threaten cattle, ranchers can shoot at them, but there is no shooting grizzly bears in this area,” said Northrup. “We have to find solutions like bear-proof bins for dead cattle to replace the old-style bone yards that are still in use.”

The research by Northrup, U of A biology professor Mark Boyce and G.B. Stenhouse of the Foothills Research Institute was published in the journal Animal Conservation.

Too close for comfort
Newsroom