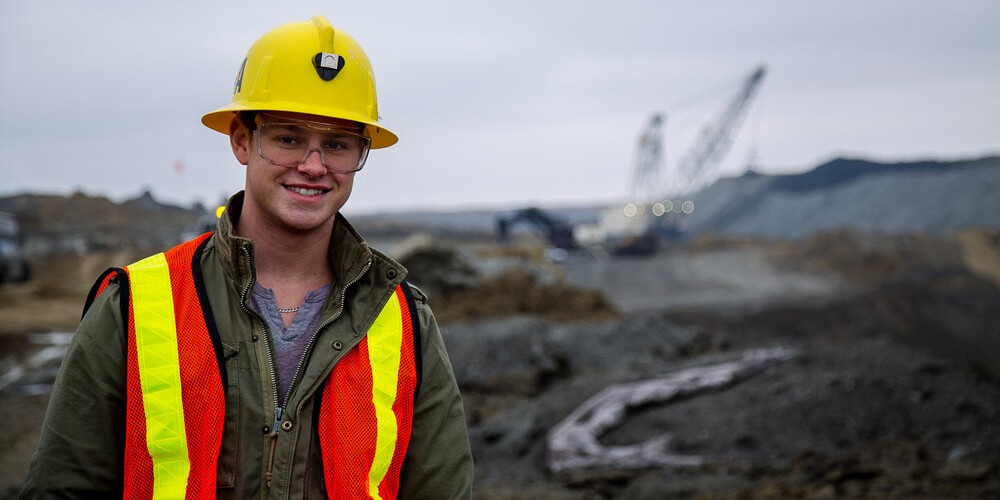 The U of A's mining engineering program moved up to 11th in the world in the latest QS World University Rankings by Subject—one of three programs at the university that ranked among the world's top 20. (Photo: Young Mining Professionals)

The University of Alberta landed in the top 10 of sport-related subjects for the fourth year in a row and inched closer to the top 10 in the categories of mining and minerals engineering and nursing, according to the latest QS World University Rankings by Subject.

The 2020 version of the subject rankings saw sports-related subjects jump to seventh from ninth, while mining and minerals engineering moved from 12th to 11th and nursing fought its way back into the top 20 to land at 18th.

Other U of A subjects that ranked in the top 50 included earth and marine sciences, which rose from 44th to tie for 41st; education, which rebounded from 47th to stick at 44th; and anatomy and physiology, which ranked 44th.

James Young, professor and chair of the U of A’s Department of Physiology, said he pins the U of A’s excellence in physiology to strategic recruitment pushes over the past four decades.

“We've had really sustained recruitment of really excellent young faculty members who want to be part of an excellent environment, and we offer that,” said Young. “They're not just joining the Department of Physiology, they're joining the faculty and becoming part of a number of research institutes and facilities that really are world class.”

Clayton Deutsch, director of the U of A’s School of Mining and Petroleum Engineering, said part of the program’s success is the impact alumni are having on the mining industry.

He also said the program’s approach of being committed academically while remaining practical is what places the U of A’s mining education among the world’s best.

“Even despite some economic woes in the province, we have essentially 100 per cent employment of our students graduating within six months of finishing,” said Deutsch. “We do that by remaining current and steadfast in our focus on solving real-world mining problems.”

One of the enduring legacies of Kerry Mummery, outgoing dean of the Faculty of Kinesiology, Sport, and Recreation, will be the university finishing in the top 10 in the category of sport-related fields for four years in a row.

"During my tenure as dean, I've had the pleasure of working with and bringing in some of the top professors in their field," said Mummery. "I've always been impressed with the quality of their work and how that work makes its way into the classroom to provide our students with a solid foundation of knowledge they wouldn't have found anywhere else."

Overall, the U of A ranked in the top 100 in 14 subjects and 35 in the top 250. No ranked subject had the U of A lower than ninth nationally, and the U of A was ranked top five in Canada in 18 categories.

As for the five broad subject ranks, the U of A moved up seven spots to 90th in life sciences and medicine, while dipping slightly in engineering and technology (down to 112 from 107), natural sciences (111 to 116) and arts and humanities (137 to 143). Social sciences and management surged 12 spots to finish at 160.

The methodology for compiling each subject ranking can vary greatly and depends on the publishing rates in each area. Academic reputation, which accounts for anywhere from 30 to 90 per cent of the weight given in determining the rank in a subject area, draws on responses from thousands of academics worldwide.

The success in this latest QS ranking follows news in October that the U of A moved back into the top five in Maclean's 2020 Canadian University Rankings, thanks in part to strong showings by the faculties of nursing, business and science.

In August, the ShanghaiRanking Consultancy’s 2019 Academic Ranking of World Universities by Subject saw the U of A jump into an eighth-place tie with Princeton in the category of environmental science and engineering. Overall, the U of A finished among the top 100 in 21 of the 54 subjects assessed for the ranking, one more than the previous year, with eight subjects ranking in the top 50.

Earlier, the 2019 NTU Ranking of research output placed the U of A 81st in the world, up seven spots over the prior year. The advancement was bolstered by the university's 43rd-place performance in the subject of agricultural science, 47th in environment/ecology and 48th in electrical engineering.