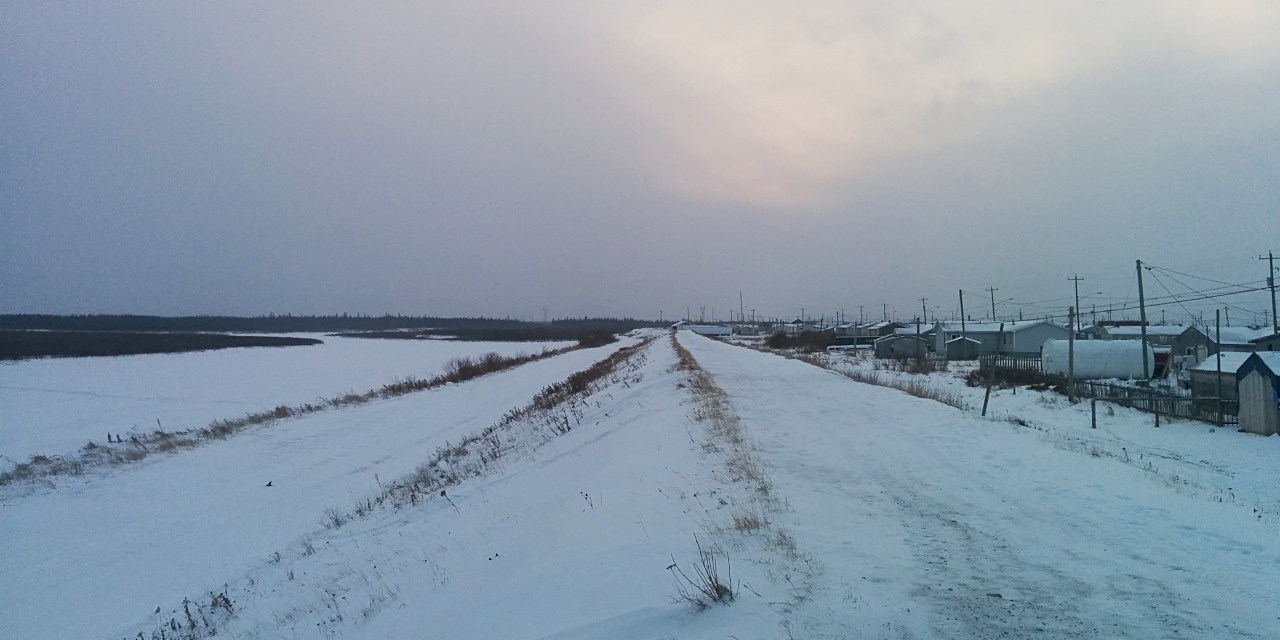 Working closely with the Kashechewan First Nation near James Bay, Ont., U of A researchers drew on the traditional knowledge of community members to understand how climate change is affecting spring flooding patterns in the region. (Photo: Arshad Khalafzai)

The timing and extent of spring flooding in the southwestern James Bay region of northern Ontario is exacerbated by climate change and human-induced changes that have affected spring ice breakup and ice jams, according to University of Alberta geographers who collaborated with a local Cree First Nation on the first study of its kind in the region.

“These human-induced ecological changes have contributed to and created the increased risk of flooding for the Kashechewan First Nation community,” explained Arshad Khalafzai, a U of A PhD student who conducted the research under the supervision of professor Tara McGee.

“The First Nation identified a number of factors it feels have been exacerbated by climate change, including spring flows of the river, increased temperature, unpredictable weather, breakup ice jam events, and issues with safe access to the winter ice road,” said Khalafzai.

The research methods used for the study may also prove useful for ongoing flood monitoring and disaster risk reduction activities in the region—as well as elsewhere among Indigenous communities in Canada.

A local research assistant was a member of the research team and assisted throughout the data collection process. Their involvement may help to build capacity for the Kashechewan community to conduct similar research in the future.

“Traditional knowledge is contextualized as a body of cumulative knowledge, evolving over time, passed on through generations and associated with a specific place for a long period of time” said Khalafzai. “Collaboration between Indigenous traditional knowledge holders and the scientific research community can help promote innovative and effective adaptation action, and relevant traditional knowledge can inform cost-effective and sustainable disaster risk reduction.”

The study, “Flooding in the James Bay Region of Northern Ontario, Canada: Learning From Traditional Knowledge of Kashechewan First Nation,” was published in the International Journal of Disaster Risk Reduction.