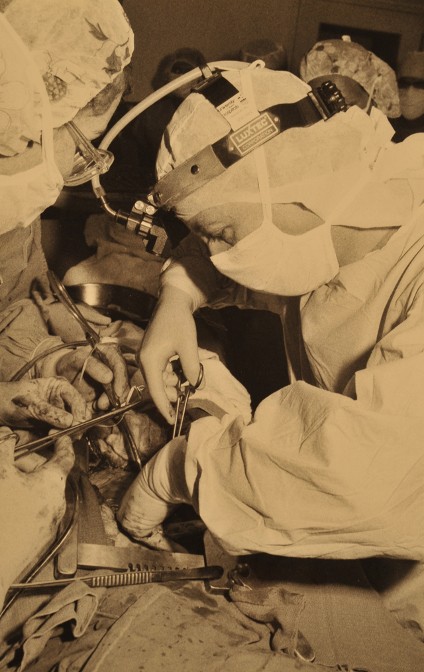 U of A's recent rise in transplantation rankings the result of decades of innovation. 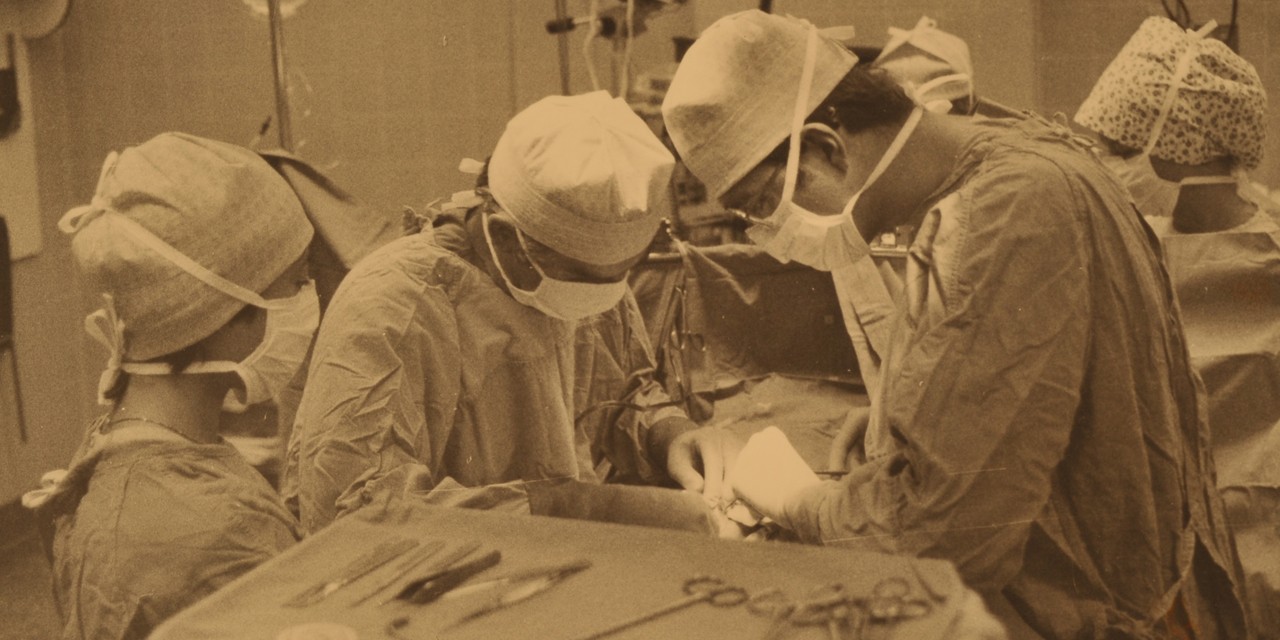 The University of Alberta was recently ranked sixth in the world in transplantation, but the medical expertise required for the life-saving procedures involved with organ, tissue and cell transplants did not develop overnight―it is the result of decades of close collaboration between pioneering researchers and Alberta Health Services’ physicians, nurses and surgeons.

The first organ transplant in Alberta was a kidney transplant, performed at the U of A Hospital (UAH) in Edmonton on Jan. 15, 1967, by the late William Lakey. The patient lived for two months.

Since then, more than 2,800 kidney transplants have been performed at the UAH and the outcomes and life expectancy for transplants patients have significantly improved. Today, 95 per cent of patients in the local renal transplant program survive at least five years.

Here is a rundown of some of the U of A’s transplant milestones that paved the way for today’s world-leading transplant program and tomorrow’s promising advances.

U of A’s transplant firsts

1982: The Islet Transplantation Group is founded at the U of A with Ray Rajotte named as the group’s director.

1989: The first liver transplant at UAH is performed by Norman Kneteman. A professor of surgery, he continues to perform transplants at UAH to this day.

1998: James Shapiro and Kneteman perform the first emergency living-related donor liver transplant in Canada on two-year-old Bradley. The young boy was in end-stage liver failure when he received part of his father’s liver in order to save his life.

1999: Shapiro performs the first whole pancreas transplant in Alberta, which subsequently becomes an important part of the transplant program in the province. Pancreas transplants are often performed on patients with type 1 diabetes.

2000: The first “domino” transplant in Alberta is performed at UAH. A domino surgery is a type of liver transplant done when the donor liver causes damage to the other organs of the recipient. The recipient's liver can then be transplanted to a more stable patient that will not be significantly affected by the disease.

2001: The first living donor lung transplant in Western Canada and the third in Canada takes place.

2004: The first infant heart transplant immediately after birth is performed.

2015: Surgeons at UAH are the first in North America to use the OrganOx Metra machine to perfuse a donated liver out of the body, which keeps the liver preserved as if it is still in the body before transplantation. Advances in ex-vivo (out of the body) perfusion technology continue to occur at the U of A.

Edmonton as a transplant hotspot

1962: The first chronic hemodialysis program in Canada is developed by Lionel McLeod.

1967: The University Hospital Foundation has played a key role to support the transplant program ever since UAH first pioneered transplants. Community donors have given more than $5 million to help advance transplant care and research at the U of A, impacting international standards and protocols of transplant care.

1969: John Dossetor is recruited from the Royal Victoria Hospital in Montreal to serve as the director of the Division of Nephrology and Immunology. Dossetor was one of the first physicians in Canada to refer to himself as a nephrologist. In 1958, while at the Royal Vic, Dossetor coordinated the first successful kidney transplant in the Commonwealth.

1979: The Human Organ Procurement and Exchange program is developed for Alberta. The program coordinates the donation, allocation, recovery and distribution of organs for transplantation. It also provides patient services such as advocacy support for individuals considering organ donation and bereavement support for families of organ donors.

2001: The first fully accredited Comprehensive Tissue Centre in Canada starts in Edmonton. The centre is now one of only three full service multi-tissue banks in Canada that facilitate the recovery, storage, processing and distribution of human tissue (eyes, skin, bone, connective tissue, heart valves and other cardiovascular tissues) from living and cadaveric donors for transplant.

2001: The American Journal of Transplantation is launched. Founded and edited by Philip Halloran, its editorial office is based in Edmonton. It has become the most successful and highly cited journal in the field, transplants and 16 pediatric heart transplants take place at UAH and Stollery Children’s Hospital.

2011: As research director since its founding, Lori West, a pediatric cardiologist and clinician-scientist, was instrumental in the creation and operation of the Alberta Transplant Institute (ATI). Home of the world’s largest clinical islet transplant program, ATI’s mandate is to enhance organ donation awareness, increase the number and type of transplants, improve strategies to treat organ failure, implement novel transplantation technologies, support research and improve the quality of life and long-term outcomes for transplant patients in Alberta.

2013: The Canadian National Transplant Research Program, a unique national collaboration, is formed and housed in the ATI. Lori West becomes its founding director.

2016: West is presented with the 2016 Woman Leader in Transplant Award at the 26th International Congress of The Transplantation Society in Hong Kong. This award recognizes a woman who has helped further the field of transplantation through research, policies, leadership, initiatives or other regarded contributions.

2016; Phillip Halloran wins the 2016 Prix Galien research award for his work in reducing transplant transplant failure rates from 55 to five per cent.

2017: AHS celebrates 50 years of renal transplant in Alberta with Freda Ainley marking the 45th anniversary of her kidney transplant performed by Rex Boake. She has one of the longest surviving donor kidneys in the world.