Made-in-Alberta devices could improve quantity and quality of donated organs. 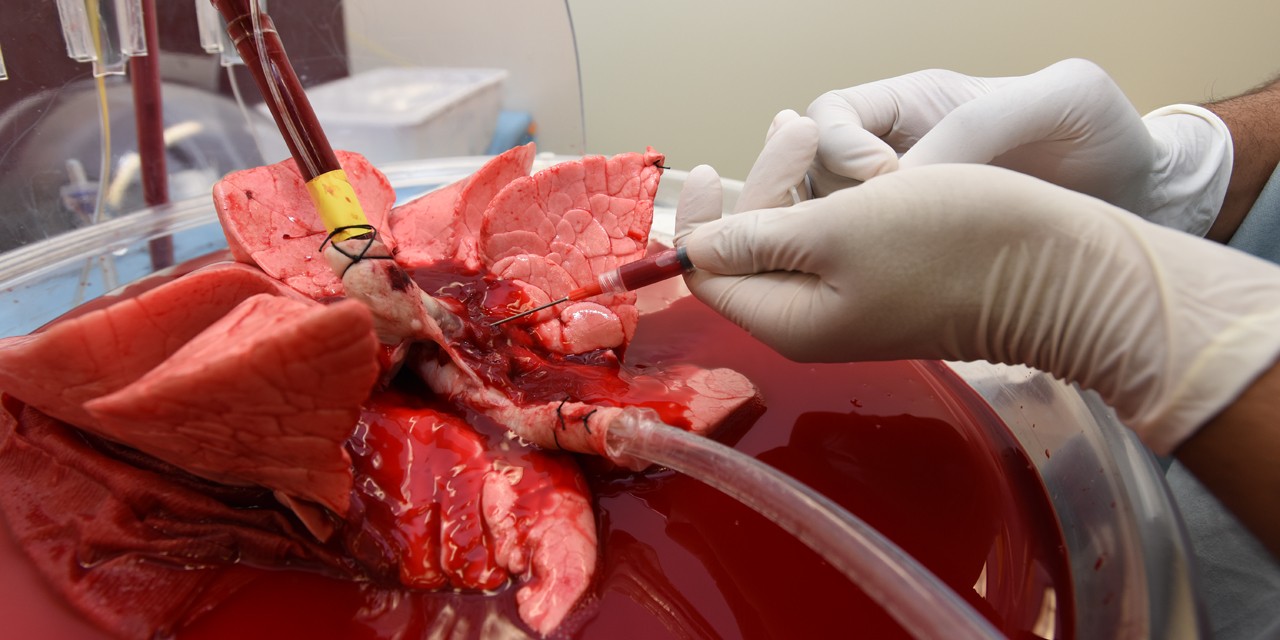 Technology developed and being commercialized by University of Alberta medical researchers may solve two of the biggest issues in organ transplantation—the number of healthy organs available and the limited window of time to get a donated organ to a patient.

Surgery professors Darren Freed and Jayan Nagendran developed a device that uses negative pressure ventilation to replicate the way our chest cavity expands and contracts with each breath, to ventilate donated lungs.

The researchers inserted this technology into an ex-vivo (“out of the living”) organ perfusion device, which constantly supplies the lungs with blood and oxygen, and keeps them warm, similar to the conditions inside the body.

Freed, an associate professor in the Department of Surgery and director of research for the Alberta Transplant Institute, says the negative pressure model has been shown to reduce injuries to the lungs and improves the ability to repair damage. It may also lead to an increase in the number and quality of organs available for transplant.

The two researchers—who founded Tevosol Inc, a UAlberta spinoff company to commercialize their product—expect to start a clinical trial of their lung perfusion device soon.

Currently, organs are stored on ice while being transported, which often results in organ damage. The only thing physicians can do to minimize the risk of damage is reduce the time between when the organ is harvested and transplanted.

The device also allows time for organs to be assessed and repaired, which increases the number of viable organs available.

The researcher team is also working on inserting this technology into portable devices capable of transporting any type of donated organ.

“Not only is it an opportunity to improve the quality of donor organs around the world, but it’s an Alberta-specific problem that we are addressing due to our unique geography,” said Nagendran, an associate professor in the Department of Surgery and the director of research for the Division of Cardiac Surgery.

The U of A Hospital has the largest geographic catchment area in the world for a single transplant centre, covering over six million square kilometres.

“We are frequently facing difficulties because an organ has been out of the body for a long time, in spite of trying to get it here as soon as possible,” said Nagendran, who performed the first ex-vivo perfusion lung transplant in Alberta in 2013 and brought the first portable ex-vivo lung perfusion device to the U of A as part of a worldwide clinical trial. “It’s one of the reasons why innovation is at the heart of what we do in Edmonton.”

A promising future, one organ at a time

According to Freed, the idea of continuous perfusion of organs for transplantation isn’t a new one, but in the last 10 to 15 years there has been push to improve organ preservation rates.

“The U of A has a very large transplant volume, and there is a very strong transplant science academic community here,” said Freed. “The science of ex-vivo perfusion is still in its infancy in a lot of ways, so we need to continue to study and be diligent, which is why a multidisciplinary research like we can do here is so critical to realizing the full potential of ex-vivo organ donation.”

Although public opinion data shows that 95 per cent of Canadians support organ donation, less than 20 per cent have registered to donate. The loss of a donated organ means an extended wait for someone standing by for a lifesaving transplant.

“I don’t think that it’s a stretch to say that the future of transplantation is ex-vivo organ perfusion,” said Freed. “There will be a time in the near future when 90 per cent of all organs are transplanted having been perfused out of the body.”