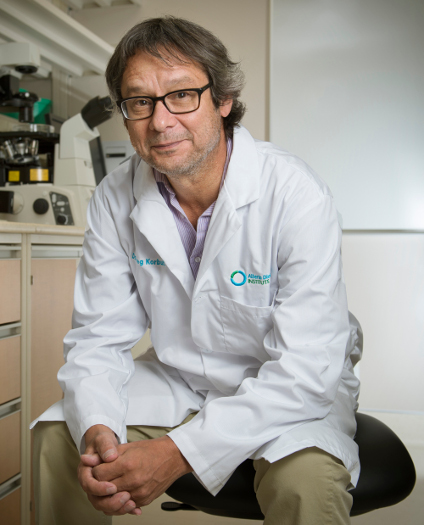 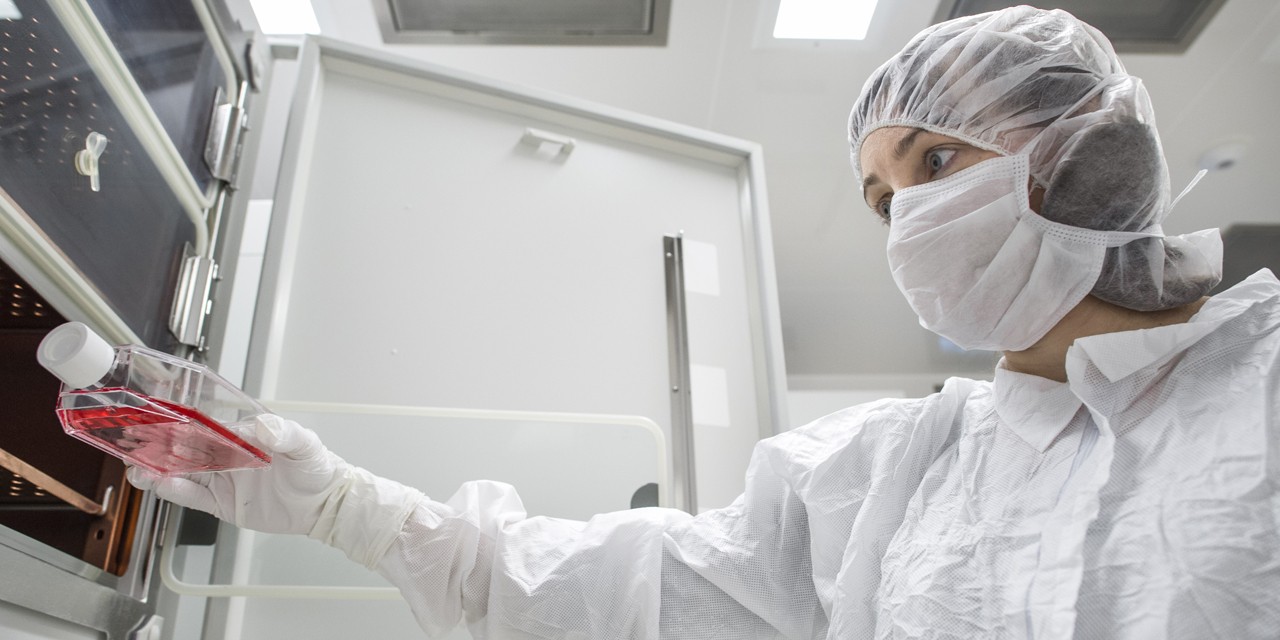 The Alberta Cell Therapy Manufacturing facility, housed at the U of A, allows for innovation in the lab to move more quickly towards the goal of delivering stem cell treatments to patients. (Photos by Melissa Fabrizio and Richard Siemens)

Clinics around the world promise that stem cells can cure almost anything that ails you. From glaucoma to Parkinson's, stem cell treatments have driven medical tourism and gained notoriety with public figures like Gordie Howe receiving these treatments.

Many benefits of these expensive treatments have been largely unfounded, but stem cells do have the potential to improve the quality of life for transplant patients, according to Gregory Korbutt, a UAlberta professor of surgery.

“When we transplant a heart into a person, their immune system wants to reject it because it’s foreign—it fights it like a cold virus,” said Korbutt, a member of the Alberta Diabetes Institute and the Alberta Transplant Institute. “Patients are put on immunosuppressant medications, but we know these drugs can have side effects for some patients.

"Cell therapies could prevent that.”

Korbutt and his research team thought transplanting specific stem cells into transplant patients can change the way their body reacts and reduce their need for immunosuppressive drugs.

They found the mice responded positively to the treatment, and showed improved glucose tolerance and increased insulin content. The study was recently published in Diabetes.

Mesenchymal stem cells, which are isolated from bone marrow, have immunoregulatory, anti-inflammatory properties and can stimulate new blood vessels to form from preexisting vessels, giving them the potential to increase the viability of the transplanted insulin-producing cells and prevent rejection.

Immunosuppressive drugs essentially slow down a patient's immune system to prevent it from fighting the new organ or cells. Serious side effects can include kidney toxicity, high blood pressure and mood changes.

New application to an old treatment

“We are continuing to learn about our immune system. We used to think it was always on the offensive, but we have now learned that the immune system has a variety of cells that regulate and suppress it.”

The U of A is poised to deliver stem cell treatments to patients thanks to the Alberta Cell Therapy Manufacturing (ACTM) facility. Korbutt is the scientific director of the ACTM, the only facility in western Canada that can produce therapeutic-grade cells that can be used in patients. Having the facility housed at the U of A allows for innovation in the lab to move more quickly into safe production and trials.

Korbutt says he is hopeful that his team will be able to bring this work to clinical trials so it could benefit patients. Korbutt, along with surgeon-scientist James Shapiro, received a five-year Canadian Institute of Health Research grant to continue this work.