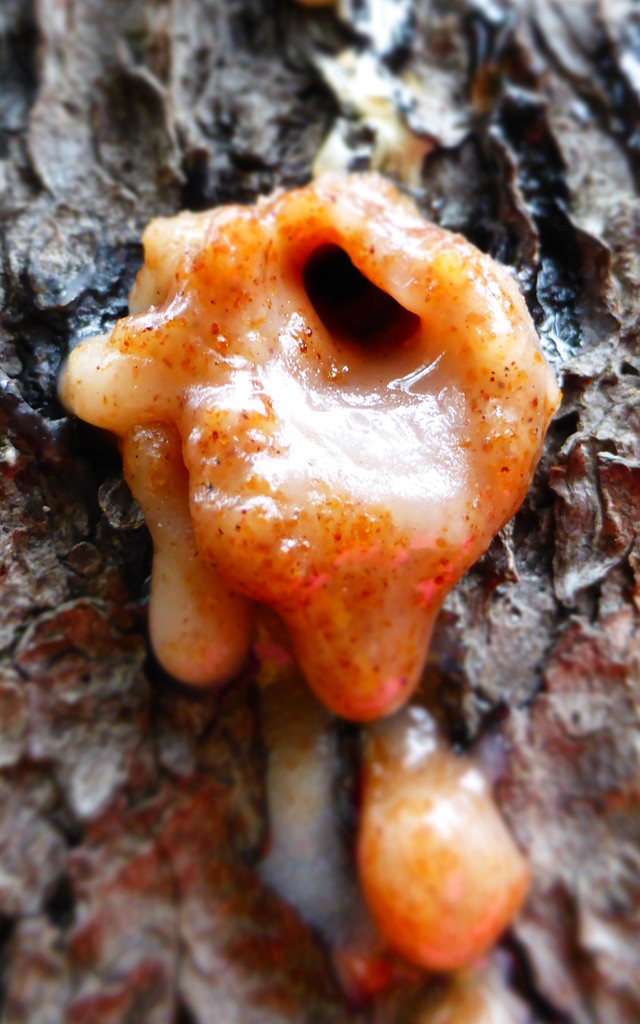 This photo shows a successful mountain pine beetle entry into its host.

Discovery could mean lodgepole pine seedlings can be bred to survive attacks. 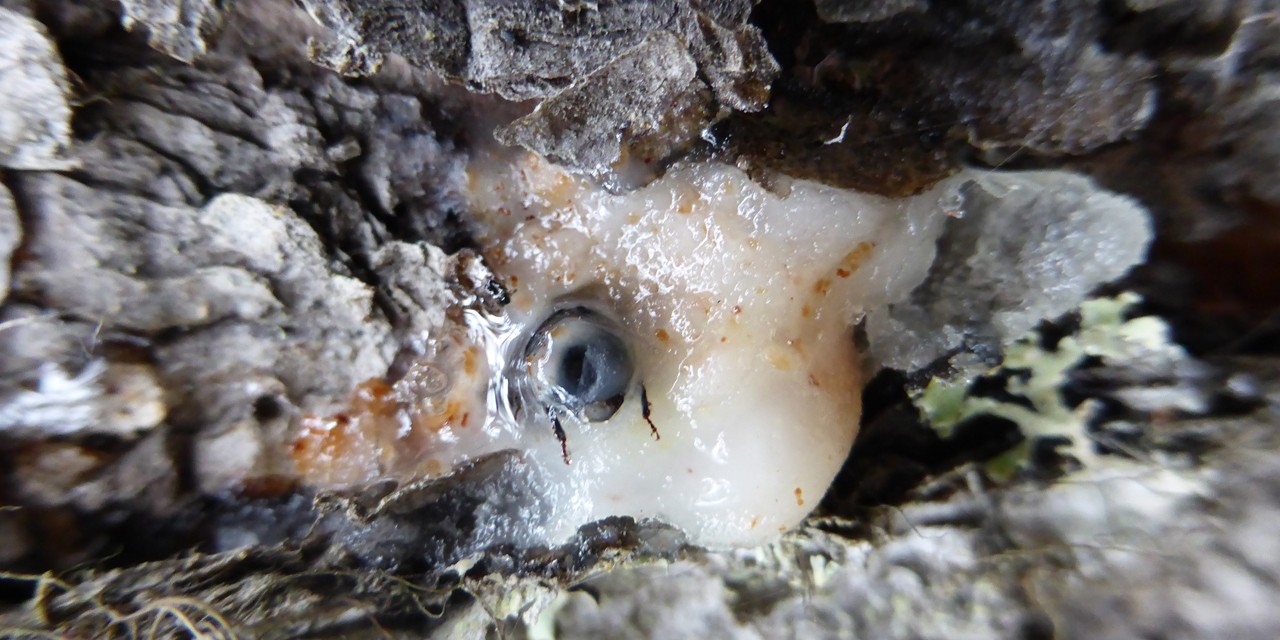 This picture shows a mountain pine beetle stuck in the resin of a lodgepole pine. (Photos by Nadir Erbilgin)

A University of Alberta forestry professor has cracked a key mystery surrounding the mountain pine beetle.

After studying lodgepole pine trees in the Grande Prairie area that survived a pine beetle attack, U of A professor Nadir Erbilgin and his team discovered certain chemicals in the trees that produce high levels of resin—sticky sap—that overwhelms the insect.

The beetle has ravaged entire pine forests in western North America, including Alberta and British Columbia, for the last decade with researchers scrambling to find ways to curb its spread to Eastern Canada. One solution, Erbilgin says, is rooted in the tree’s own defensive chemistry.

“The surviving trees have high concentrations of compounds that are toxic to the beetle,” said Erbilgin, a Canada Research Chair in Forest Entomology and Chemical Ecology, based in the Faculty of Agricultural, Life and Environmental Sciences. As well, Erbilgin and his team also found that surviving trees contained low amounts of beneficial compounds that are used by the beetle to call others to the tree.

The discovery means that the seedlings of lodgepole pine trees can be bred to survive attacks by the beetle. Planting resistant trees alongside other pine trees that are vulnerable to the beetle, the mix will help keep the insect from destroying entire pine forests, Erbilgin said.

“Insects are always the winners—they can complete one generation in a year, while a tree takes 30 to 50 years to produce viable seeds. But if you have a mixed forest of both resistant and susceptible pines, it’s diverse enough to keep the beetle from building resistance to the protective resins in the trees that do survive attack. It ensures the survival of the pines.”

The research also showed that jack pine, a more recent victim of the mountain pine beetle (attacks began in 2007), was found to have low amounts of the chemicals that ensured survival of the lodgepole, but more of the beneficial compounds that attract the beetles to the tree.

The next step in Erbilgin’s research is to find out why certain trees have higher amounts of defence chemicals than others.

“Why trees that are growing side-by-side have these differences is an intriguing question,” he said. Understanding the development of the defence chemicals will be useful for tree-breeding programs in the province and beyond. “It will go a long way to developing a long-term solution for battling the beetle.”