Trudeau keeps his friend close in first meeting with Trump

Show of warmth between leaders a good start, but the chill of their differences remains, say UAlberta experts. 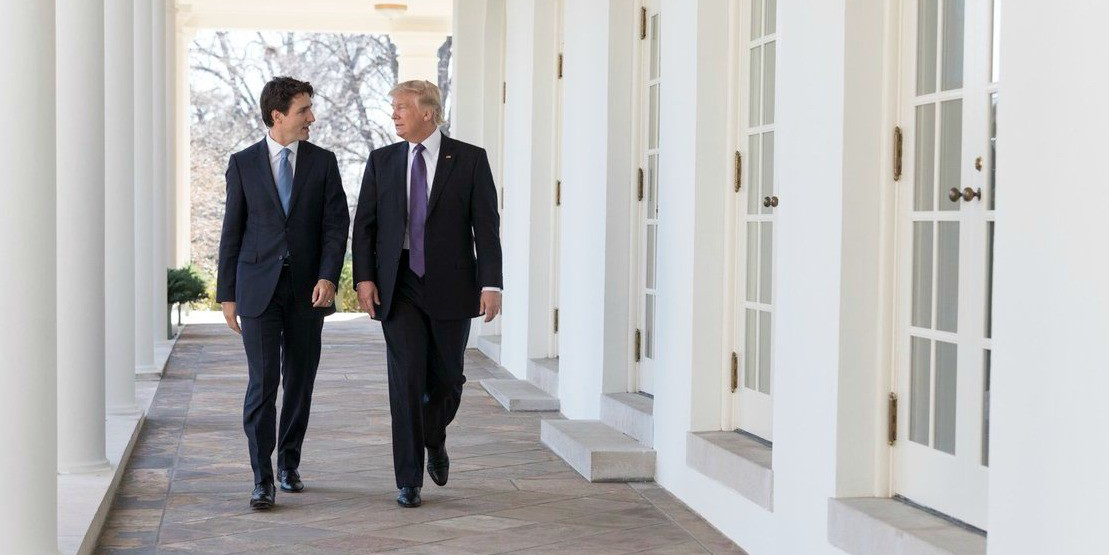 The show of warmth between Prime Minister Trudeau and President Trump seemed to demonstrate the two leaders established a good relationship but it wasn’t enough to take the chill out of their fundamental differences.

“The contrast between them is obvious. How long will they be able to bury real differences over policy?” said UAlberta international relations expert Greg Anderson. ”Trump said Canada was less of a problem than Mexico and that only small tweaks were needed on the northern border. But what exactly that means is still unclear.”

Despite the lingering questions and the initial concern over how the two men would get along during their first meeting, experts agree Trudeau—and Canada—fared well.

“I thought Prime Minister Trudeau made a good start by remaining focused on issues both the U.S. and Canada want to promote, including building on the existing trade and investment links with the goal of creating employment in both countries,” said Connie Smith, chair of the Department of Economics.

Fellow economist Li Zhou agreed, adding Trudeau should be able to show Trump that the trade relationship between Canada and the U.S. is a win-win. However, she said some of Trudeau’s groundwork will be done for him in the coming months.

“Representatives from U.S. states that have Canada as the largest export destination are aware of the contribution of Canadian consumers to their local job markets,” she said of the relationship that touches some 35 U.S. states that share in more than $2 billion in cross-border dealings each day. “Destroying the bilateral trade relationship will have a negative impact on the job market of both countries and will decrease the overall competitiveness of products made in North America.”

Unlike Mexico, which holds a cost-of-labour advantage over the U.S., Zhou said Canada is a high-wage country with a labour standard as high, if not higher, than that in the U.S. However, sound rationale over trade negotiations aside, Zhou said the true wild card is Trump's ego.

“Maybe he'll choose a Canadian industry to showcase his ability to get a ‘fair’ deal,” she said. “I don't know what will happen for sure, but I believe that we can be firm on economic negotiations without touching differences in our values.”

And though the joint communiqué put out by the two leaders reads much like any communiqué that would have come out of President Barack Obama’s White House, it wasn’t without some good news.

“It was helpful that the joint statement said the approval process will continue for the Keystone XL pipeline, which Premier Notley has said could help create good jobs in Alberta,” said Smith.

Trudeau keeps his friend close in first meeting with Trump