Determination and perseverance depend on specific goals rather than a general character trait, researcher finds. 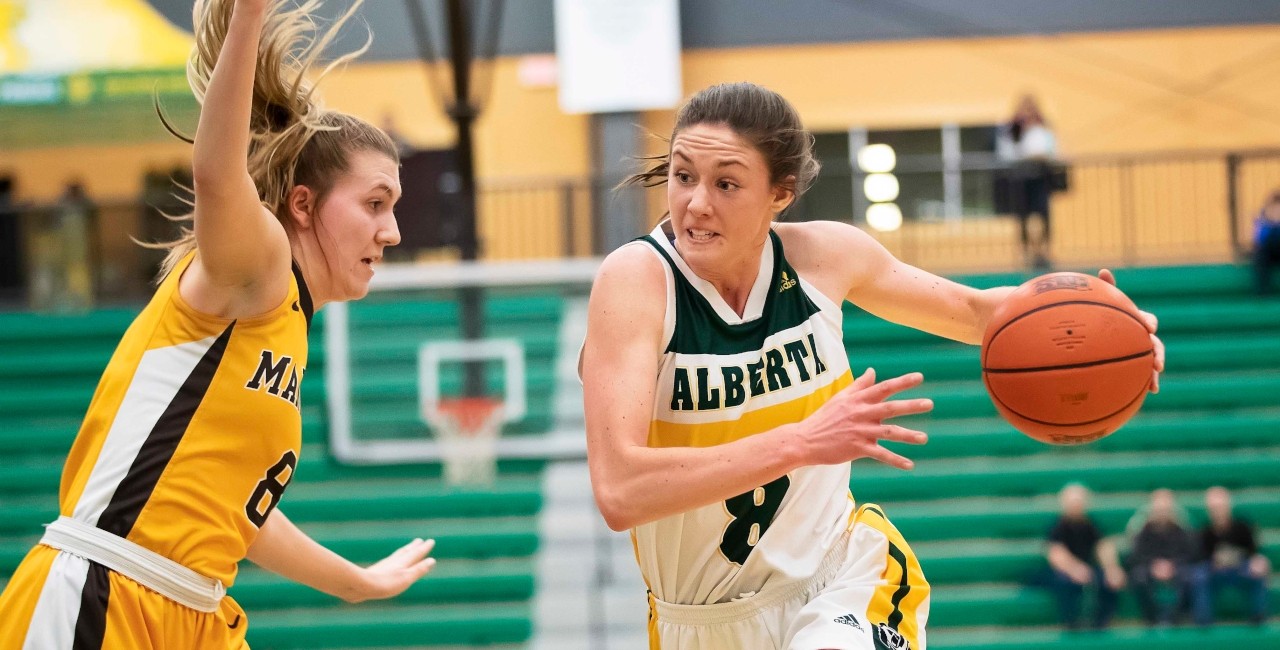 The grit we admire in athletes may owe itself to their passion for the game and focus on performance goals rather than their overall personality, according to a study involving more than 250 student-athletes at the U of A. (Photo: Don Voaklander)

The unrelenting determination often found in successful people appears to be a passion-specific quality and not necessarily an overall personality trait, according to new research from the University of Alberta.

“We wanted to know whether people bring grit to every aspect of their life, or if they are gritty athletes or gritty students, or even a gritty parent or a gritty hobbyist,” said Danielle Cormier, a former U of A master’s student under the supervision of sport psychology researcher John Dunn.

Where the colloquial definition of grit is best characterized by the courtside expression “leaving it all on the floor,” Cormier said the academic understanding refers to the dedicated effort someone puts in over weeks, months, years and even decades to get them to that one final goal.

She had 251 U of A varsity athletes complete three versions of the Grit Scale, first envisioned a decade ago by Angela Duckworth, who Cormier refers to as the “mother of grit.” The three scales measured general, academic and sport-specific grit.

She found that athletes who reported being more gritty in the academic sense had higher GPAs, and those who recorded higher grit levels in sports also reported having higher perfectionistic strivings in sports.

“It seems grit is best conceptualized as a domain-specific trait, and not in general, which is how the field has been measuring grit since it was conceptualized,” she said.

“This negative form of perfectionism is where people set unattainable goals, which often leads to a lot of anxiety and even sport dropout,” she said.

Although the field of grit research suggests it will be higher in the area where a person’s passion resides, Cormier believes it’s possible to build grit in other areas. She noted that student-athletes were a good population to sample because they are heavily involved in both athletics and academics, and “need to be successful in both in order to thrive.

“While their passion may reside in sport, because student-athletes need to maintain certain grades while rostered, they must find some level of success in the classroom to compete,” she said.

Cormier noted that education may also afford them the freedom to pursue other aspects of their sport, whether it be as a coach or a sport administrator.

“If what you’re doing is moving you towards your life goal, you will likely be bringing some level of grit to it,” she said.

Besides having a clear idea of where the new goal fits in with “that abstract thing you are the most gritty and stubborn about,” Cormier suggested adopting a growth mindset.

“Instead of thinking talents are fixed, like believing your intelligence is just the way it is, a growth mindset allows you to believe that intelligence, or other character traits and talents, can be grown,” she said. “In order to do that you must embrace failures and setbacks, because without any of those learning opportunities, you’re not going to get better.”

She added if you’re going to move into a field you don’t feel particularly strongly about, it is going to be difficult to transfer that consistency of interest and perseverance.

“Everyone has an element of grit in them, it is just finding that passion.”

The study, “Examining the Domain Specificity of Grit,” was published in Personality and Individual Differences.