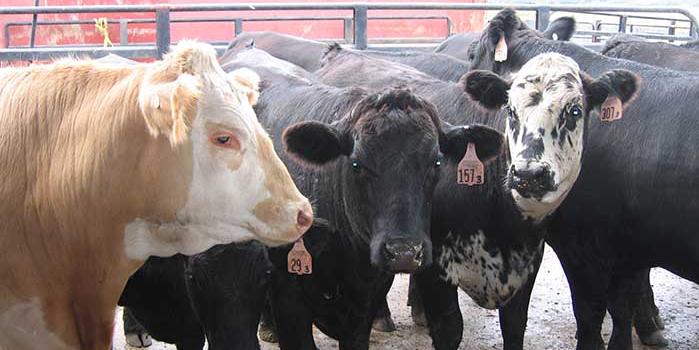 More than 50 per cent of Canada's agricultural industry exports go to the United States. If President-elect Trump follows through on his very protectionist stance, Canada's livestock industry is especially vulnerable.

President-elect Donald Trump discussed agriculture very little during his campaign, but the promises he made on free trade pose significant threats to Canada’s agriculture industry.

Trump repeatedly vowed to stop the Trans-Pacific Partnership (TPP) — a not-yet-ratified free trade deal among 12 Pacific Rim economies, including the United States and Canada — and to tear up the 1994 North American Free Trade Agreement, in which the U.S., Canada and Mexico removed tariff barriers among the three countries.

It would be a long and very convoluted process to kill NAFTA, said James Rude, an expert in trade policy in the Department of Resource Economics and Environmental Sociology.

“Congress, not the president, has authority over trade policy,” said Rude. “If Trump wanted to rip up NAFTA he would have to convince Congress (the House of Representatives and the Senate). That is very unlikely.”

However, halting the Trans-Pacific Partnership and pursuing the overall protectionist stance Trump promised while on the campaign trail would have a severe economic impact on Canadian agriculture, said Sven Anders, a food marketing economist in the same department as Rude.

Canada’s agriculture industry is very export-oriented, with more than 50 per cent of its exports going to the United States. Any cutting into this share will likely compound other economic hardships certain sectors of the agriculture industry are already facing, said Anders.

“Lower commodity prices, growing concerns about the environment and about animal welfare, and the constant competition from other producers (some of whom have more favourable cost structures, for instance, regarding labour costs) — those things are only going to be exaggerated with trade troubles with the United States,” Anders said.

Canada’s livestock industry is especially vulnerable, because it has very close and significant ties with its American counterparts and the value of the product at stake is very high.

“And the agriculture sector is not in a position to turn around and use other alternative destination markets to the large quantities that are traded with the United States,” said Anders.

If the U.S. does not ratify the TPP, Canada may also lose access to more favourable terms of trade with the many Asian economies that are part of the agreement, Anders said.

He believes that should the U.S. leave the TPP, the smaller countries will lose one of the large economies in the agreement that was most attractive to them and may decide to abandon the TPP themselves.

“Canada is going to miss out on perhaps millions of dollars in more favourable trade with Asian economies, which happen to be ever more important markets because of the growing middle classes in some countries,” said Anders.

Trump’s strident American protectionism may appeal to many because it feels like a simple fix to counter the loss of manufacturing jobs, yet all the research suggests the benefits of free trade outweigh the costs, said Anders.

Overall uncertainty about how a Trump presidency is going to unfold could also deal Canadian agriculture blows in other ways, said Anders, because a lack of confidence in the U.S. economy may dampen U.S. consumer demand for imported products from Canada.

“If the U.S. economy slows down, people and markets are going to face heightened uncertainty,” he said.